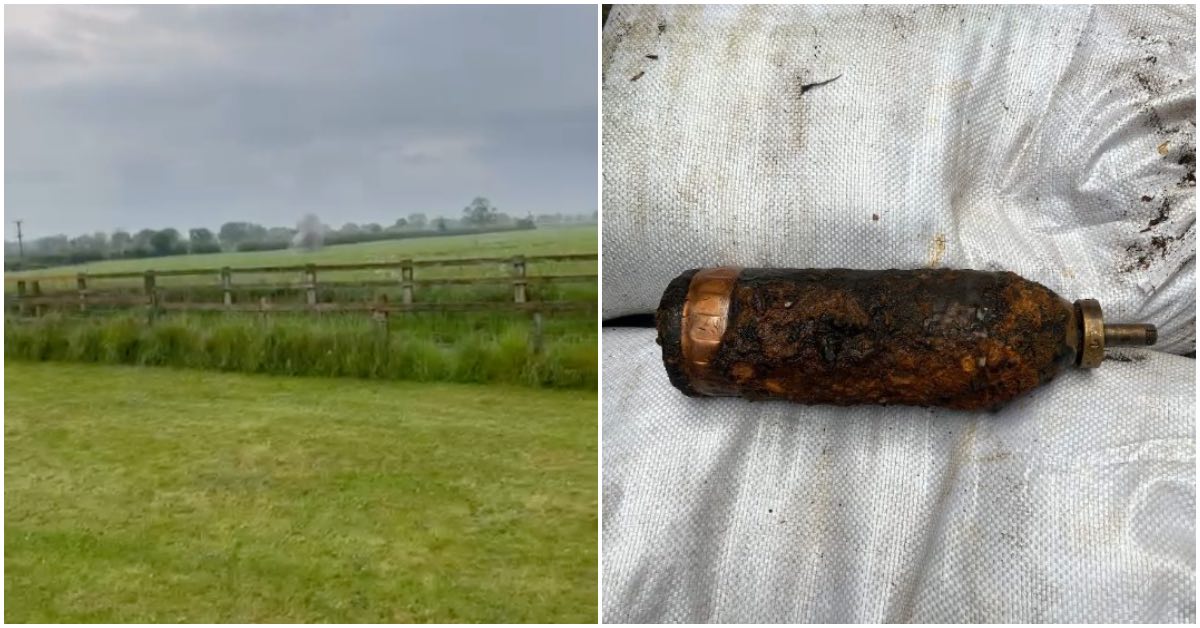 This is the moment that a First World War bomb was detonated in Knaresborough.

The unexploded bomb was found in the River Nidd during a weekly litter pick by Simon Briscombe, whose partner Rachel Wills owns the Watermill cafe.

The couple wrapped the bomb, which they initially thought to be a gas canister, in sandbags at their home and dialled 101. The bomb squad, police and firefighters rushed to their home at The Chase.

Their house, along with about 30 others on the estate, was immediately evacuated while the bomb was taken to a nearby field and a controlled explosion carried out. The A59 was closed for about two hours.

Local resident Piers Ballance shot the footage below of the detonation in his friend Sam Darnbook’s field off the A59, opposite the Toyota garage.

Mr Ballance said the road was closed from Goldsborough roundabout to Manse Lane while the controlled explosion was carried out.

“We saw several police officers and army personnel at the site of the detonation.

“The explosion surprised us all as we did not expect it to be as loud. We felt the shockwave go through us.”

Meanwhile, Ms Wills said her and her partner were left in shock after finding the bomb.

“We’re still in shock. If Simon had known what it was he wouldn’t have moved it.

“The police were horrified because he brought it home in the car and there are a lot of speed bumps in Knaresborough. But we didn’t know what it was.”