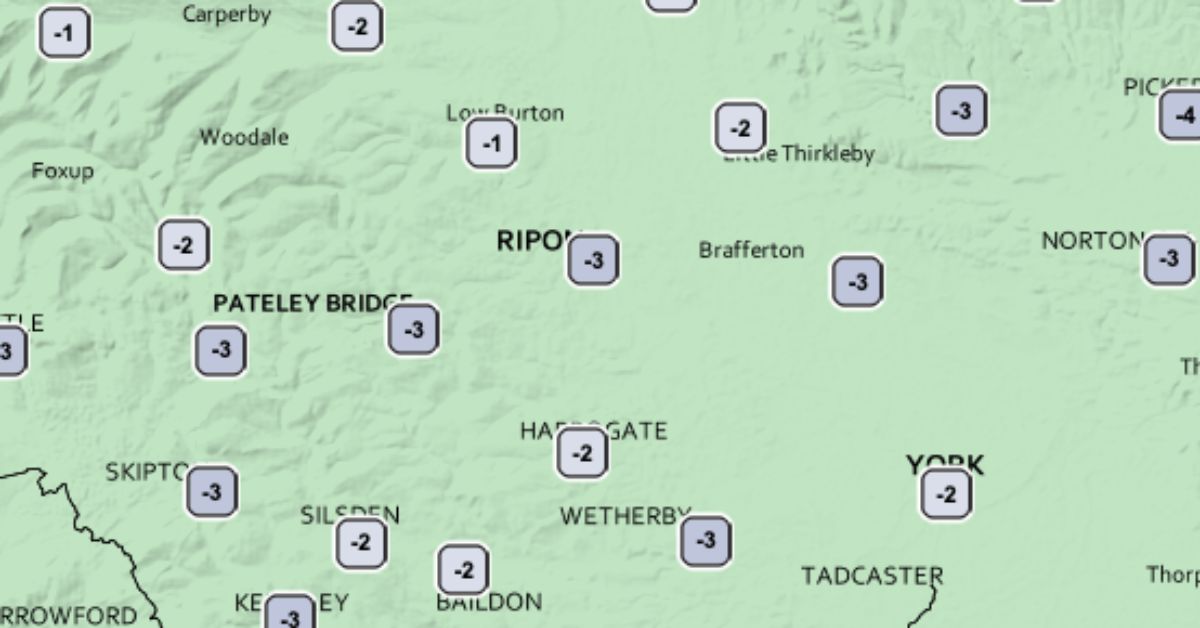 The Met Office has issued a weather warning for snow and ice in the Harrogate district from 6pm tonight until 2pm tomorrow.

A yellow warning is in place, which is less severe than amber and red warnings, but nevertheless has potential for disruption.

Temperatures are forecast to fall as low as minus three degrees centigrade, causing widespread frost.

Some wintry showers, including snow, are also forecast — but conditions are unlikely to be anywhere near as bad as they were on Boxing Day evening when the A59 at Blubberhouses and Kex Gill, and nearby roads, were treacherous.

The cold snap is expected to continue into 2021, with temperatures not set to rise above five degrees centigrade at all in the next fortnight.

However, no significant snow showers are forecast after tomorrow.