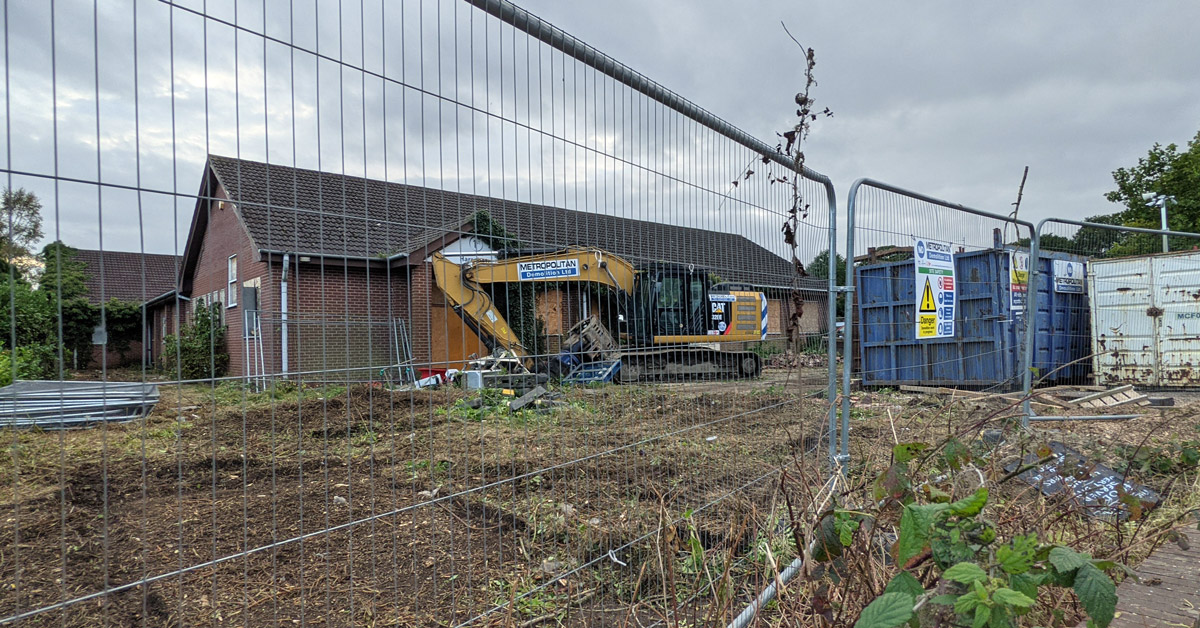 Diggers are on site ready for the demolition of the former dental surgery.

Diggers have moved in to demolish a former dental surgery and make way for a Starbucks drive-thru on Wetherby Road in Harrogate.

Construction workers have been clearing overgrowth and moving out leftover furniture from 1st Dental Surgery before the site is levelled.

When complete, there will be a coffee shop with 19 car parking spaces close to the Woodlands junction on the busy road.

The council turned down the latest bid back in 2019 on air quality and highways grounds.

Euro Garages appealed and government planning inspector Helen Hockenhull overturned the decision in July and ordered the council to pay costs for the hearing.

The move comes despite fierce opposition from some local residents, who warned traffic on the road was already at “breaking point”.

“With the proposed mitigation measures secured by planning conditions, I am not persuaded that the development would cause significant harm.”

The Stray Ferret has approached Euro Garages and Starbuck for comment.