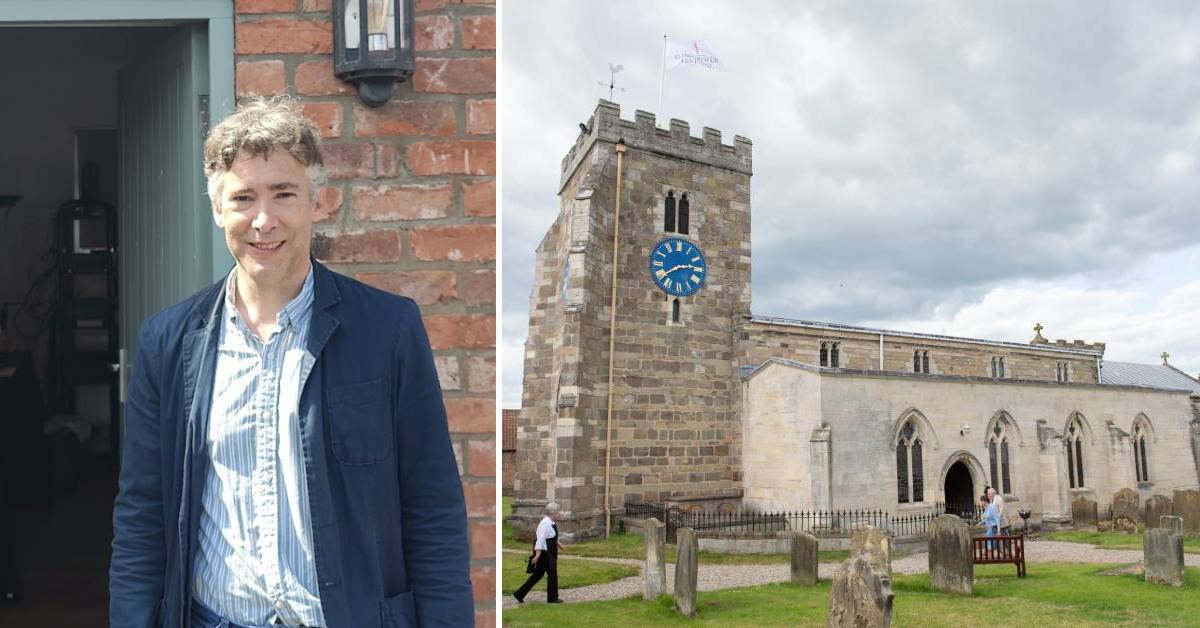 World-class opera singers used to performing in New York and Paris will be at the picture-perfect village of Aldborough for a production of Handel’s Theodora tomorrow evening.

The performance will take place on the opening day of the two-week Northern Aldborough Festival, which hosts some huge names in jazz, opera and pop music.

Theodora will be the biggest performance in the festival’s 29-year history and will be performed in the 14th century St Andrew’s Church, which is rich in history.

The Stray Ferret dropped in on rehearsals at the church this morning and met Robert Ogden, the festival’s director.

“There isn’t a huge amount up north where you can go to a small rural community like Aldborough and hear world class artists that have just stepped off platforms in London, Paris or New York.

“You can get very close. Some stages are bigger than this church, so you’re right in the thick of it hearing these world class performances.”

Theodora is being played by soprano Fflur Wyn and directed by Joe Austin, whose recent credits include Katya Kabanova at the Royal Opera House.

It will include a line-up of soloists, chorus and orchestra under the baton of Baroque specialist, Julian Perkins.

“It’s about persecution and a small sect of Christians in Pagan times that are in hiding practicing their religion. There’s an edict from the emperor that says anyone who doesn’t worship the pagan god will be killed.

“It does take quite a dark turn but it’s very moving. It’s about a noblewoman called Theodora who is very devout and a young Roman soldier who who wants to rescue her.”

The festival,  near Boroughbridge, will also include an appearance by the British bass, Sir John Tomlinson, who will star in a new opera by John Casken based on Shakespeare’s King Lear.

Other acts include an evening of jazz by Claire Martin and clarinetists Julian Bliss performing with leading pianist James Baillieu. Clare Hammond, a leading light on the UK piano scene, will play Schubert, Stravinsky and Schumann.

As well as established names, the festival supports young talent. It hosts a Young Artists Showcase, as well as the upcoming harp and saxophone duo, The Polaris Duo.

On the final evening, the grounds of Aldborough Manor will be opened for the festival finale, an outdoor concert with fireworks that often attracts around 1,000 people.

The last night concert features Harrogate-born vocalist Alex Denny of The Big Cheese, with high-voltage pop and rock covers, supported by So 80s, who set a light show to 80s tracks.

To book tickets for Theodora or any of the other events visit here.