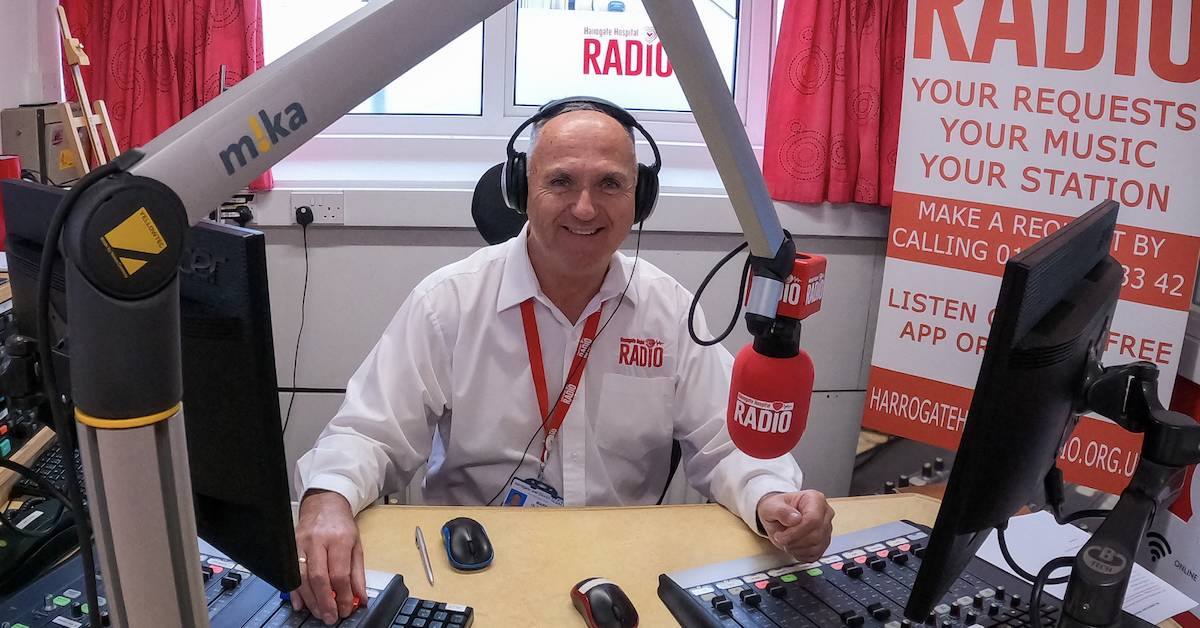 Harrogate Hospital Radio is inviting people to tour the station and even try being a DJ on air.

The charity broadcaster, which is run by volunteers and based in Harrogate District Hospital, will host an open day from 9am to 6pm on Saturday, October 2,

Visitors will be given a tour of the studios, have the opportunity to watch a show being broadcast live and have the chance to get behind a microphone and take on the role of a presenter.

At the beginning of September, Harrogate Hospital Radio became one of the first hospital radio stations to broadcast on FM.

“This open day is aimed at informing the public of the role we provide to patients within the hospital, as well as hopefully recruiting new members.

“They will be able to find out about our broadcasting journey today, which has taken us from broadcasting from a single room with one turntable, one reel-to-reel tape player and one microphone, to the state-of-the-art studios we have now.

“For those interested in a broadcasting career, Hospital Radio is a great place to start. Some of the country’s best-known presenters, including Chris Evans, began their career this way.

“For those who aren’t looking for a presenting role, we have plenty of opportunities to help behind the scenes. Request collecting is one of the most important and rewarding roles there is.”

You can book a time slot to attend by contacting [email protected].