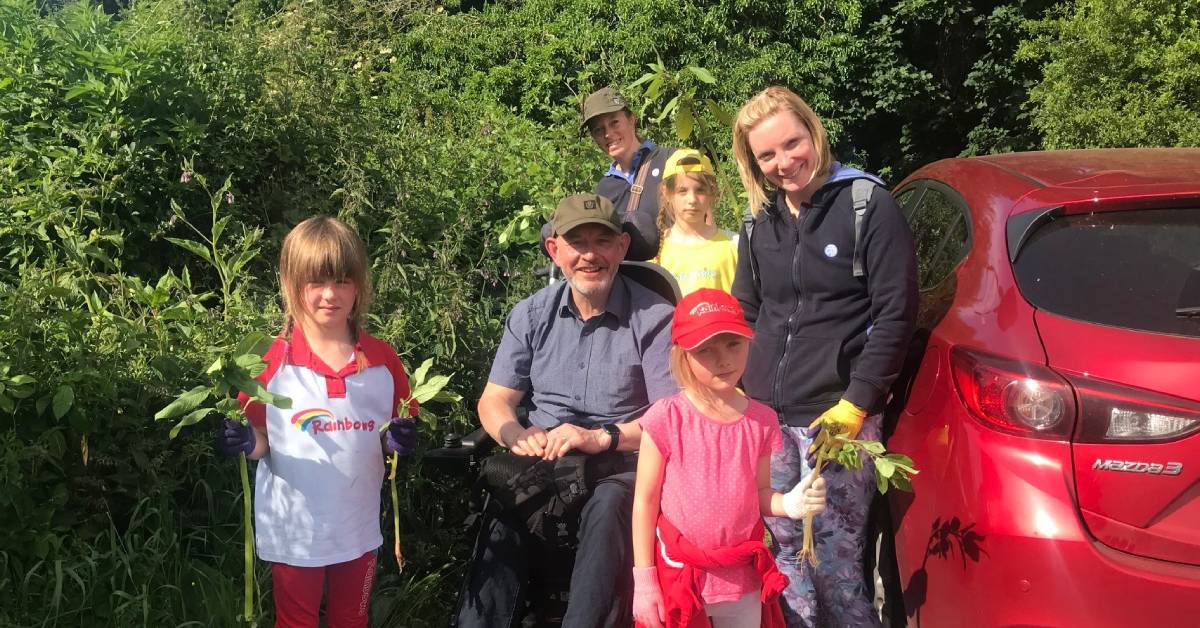 Jeremy Dunford of Friends of Hell Wath, is pictured with children and mothers from 5th Ripon Brownies, who have been bashing the balsam

The Friends of Hell Wath and supporters have been pulling together for years to tackle an overbearing foreign invader at the Ripon nature reserve.

But many volunteer hands are still needed, if they are to win the battle by bashing the pervasive Himalayan balsam plants into submission.

Over the years, balsam has spread across a third of the site, putting a stranglehold on some areas and harming the growth of native species crucial to the biodiversity of the reserve.

“Because Himalayan Balsam is so abundant, bees stick around feasting on the plentiful supply of nectar that it provides, meaning that these vital pollinators are not properly serving the needs of other plant species.

“This creates an imbalance, as it limits the variety of plants such as meadow flowers, that can add  greatly to the biodiversity of the site.” 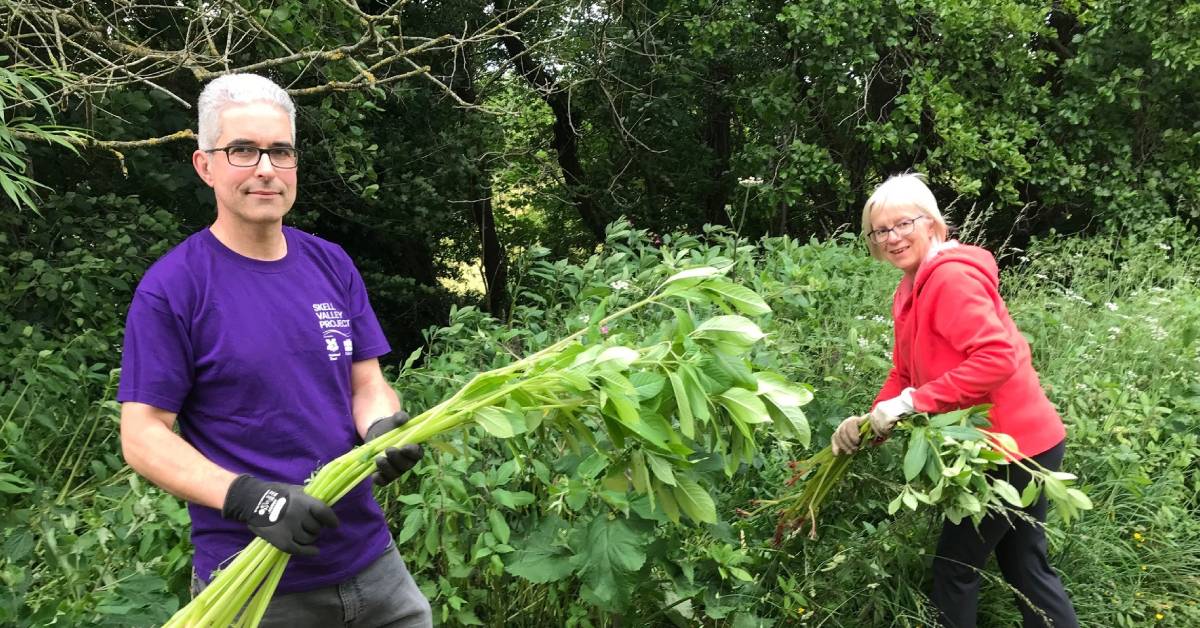 Among those involved in clearing the site of Himalayan Balsam are Nabil Abbas, manager of the Skell Valley Project and FOHW member Karyn Lees.

Last week, the army of tireless volunteers, who have been manually tearing up the balsam, received a helping hand from the scientific  community.

After seeking assistance for two years, FOHW discovered that their call for help was being answered with the introduction of a natural fungal rust developed by the Centre for Agriculture and Bioscience International, experts in biological control and fighting Himalayan balsam with fungal pathogens.

The fungus option, which weakens the plant by infecting its stem and leaves throughout the growing season, only infects Himalayan balsam and does not pose a risk to other species. 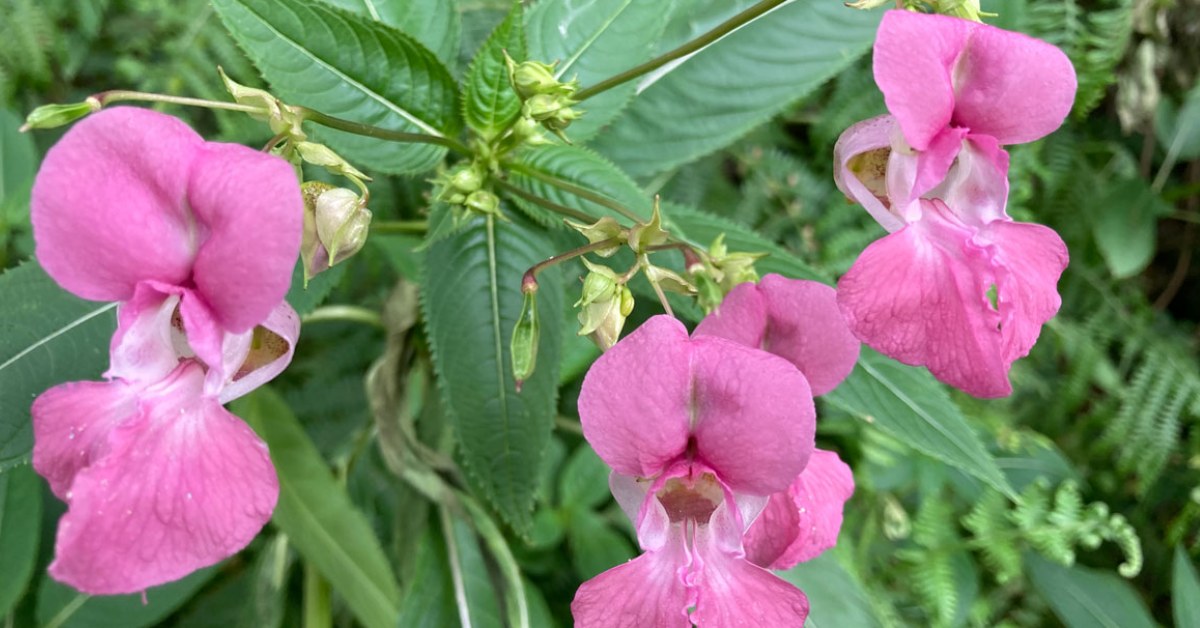 “We were absolutely delighted to be selected as one of the UK’s trial sites and hope that it will lead to a long-term solution that helps us in the work that we are doing here, alongside the Skell Valley Project, whose expertise is invaluable.

“However, while we wait with keen anticipation to witness the effects that the fungal rust has on selected areas of the reserve, we still need as many people as possible, to assist us with the seemingly unending task of pulling and snapping the balsam and stamping on its roots.”

The friends, who can be contacted by clicking this link, have received assistance from 5th Ripon Brownies, young soldiers from the Harrogate Army Foundation and staff from major local employer Wolseley and visitors, who are encouraged to pull, snap and stamp on as many Himalayan balsam plants as possible when visiting the reserve.

Once pulled, the destroyed plants should be left at the side of the paths for collection and all people involved in this mass removal operation are advised to wear gloves, as the plants are often found alongside nettles, which should be left in situ.

Nabil Abbas, manager of the Skell Valley Project, has been providing help, guidance and practical assistance to FOHW.

“You realise the scale of the task when you see how much of the Hell Wath site has been overrun by the Himalayan Balsam.

“But nature has a remarkable way of bouncing back and it is great to see how the friends and other volunteers are working together to reclaim the area so that native species can flourish once more.” 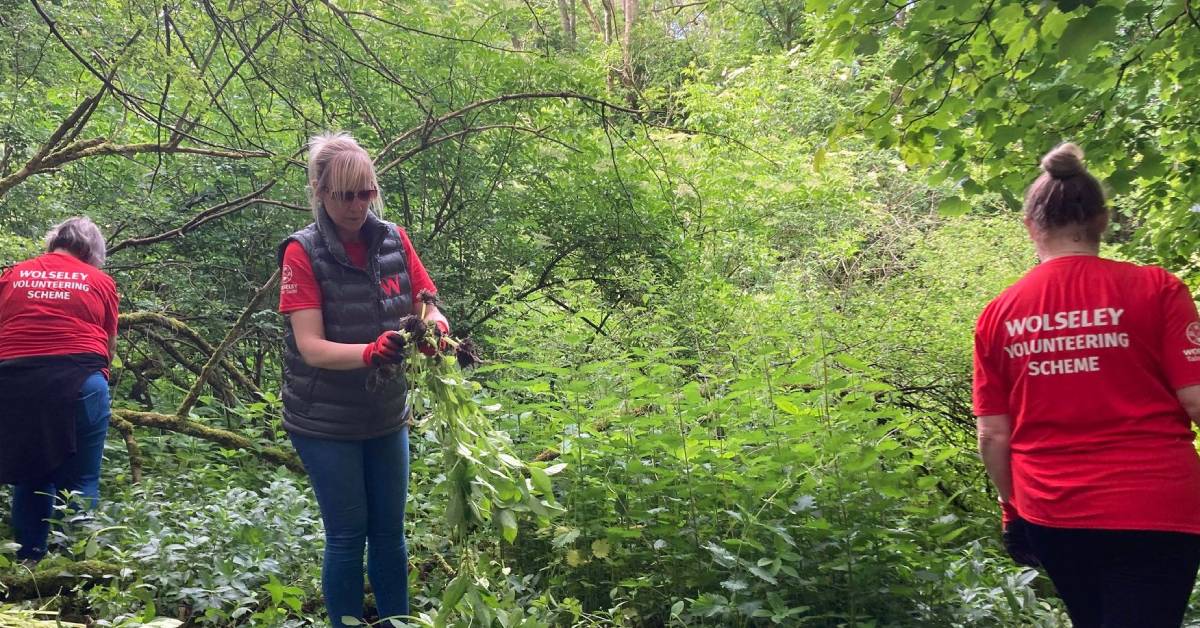 Community volunteers from Wolseley, have been involved in the huge clearance programme. Picture: Skell Valley Project

Karyn Lees, a member of FOHW, who is literally getting to the root of the reserve’s balsam problem, said:

“Once you start it becomes addictive, as you realise with each plant pulled up and destroyed, you are helping the native species to thrive.”