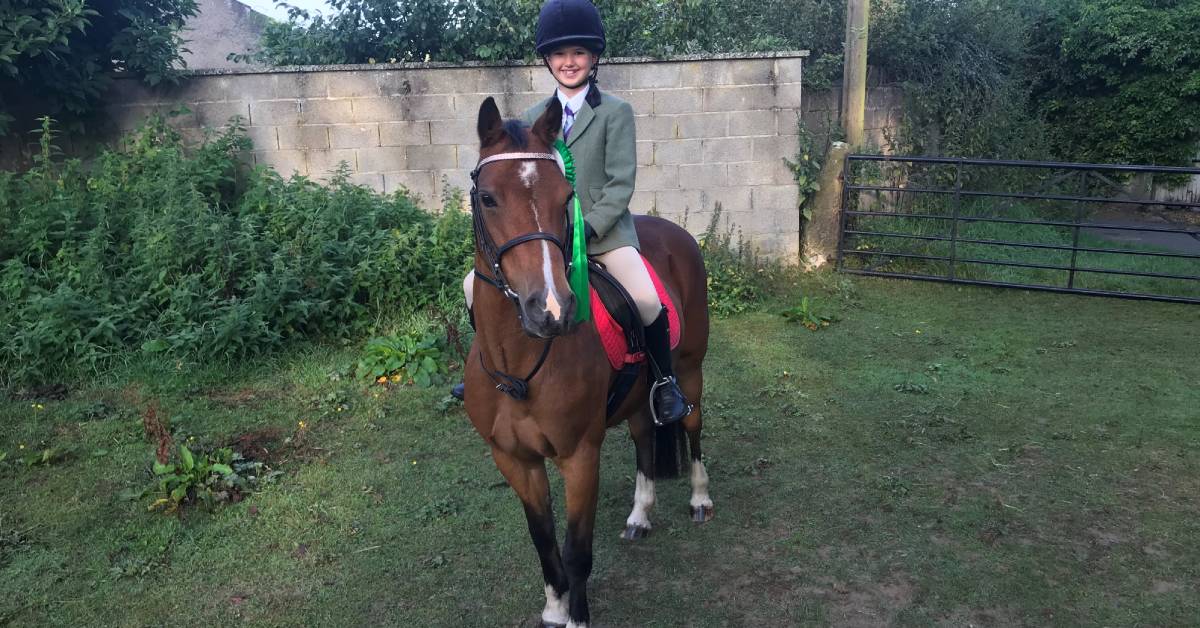 Tegan with her pony, Sox

It took six-and-a-half hours to drive 10-year-old Tegan Ford and her pony from North Yorkshire to West Sussex for a one-minute ride, but it was well worth it.

The long journey was to Hickstead – home of the famous derby that attracts the world’s elite showjumpers – and mother, Sarah, didn’t want her daughter to miss the experience of taking part in the National Schools Equestrian Association event.

Tegan and her 18-year-old pony, called Lilly Hill Make My Day, had earned their place by winning a qualifying competition at Northallerton Equestrian Centre. 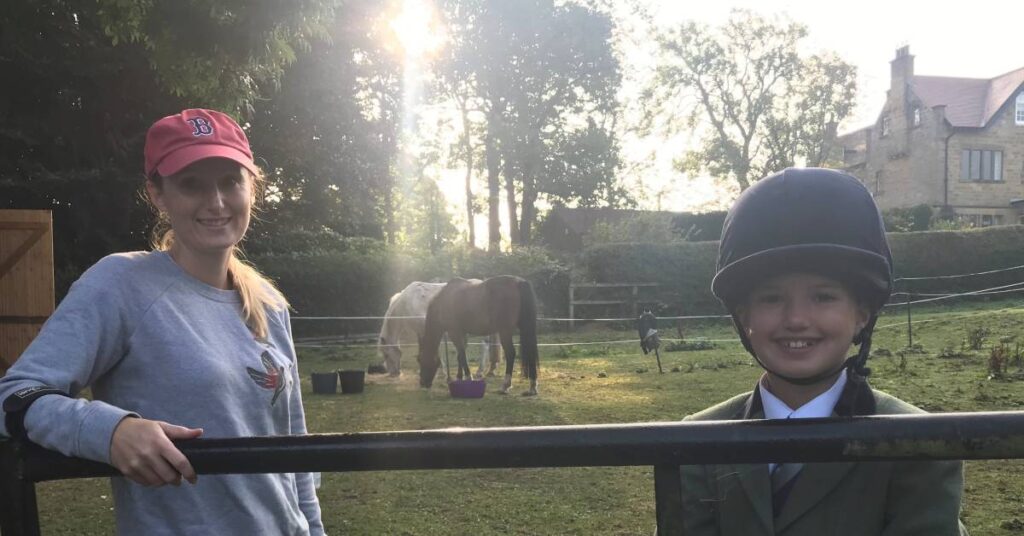 Tegan and her mother Sarah, with ponies Sox and Leo in the background

The event, for riders up to the age of 12, attracted 30 entries and Tegan was the only representative from the north.

She and her bright bay pony with four nimble white feet, completed a clear round over 12 fences, but her left foot slipped out of the stirrup at the sixth obstacle and the lost seconds meant they finished a very creditable fourth.

“That was really annoying, but Sox [the stable name for her pony] kept balanced and her experience meant we cleared all of the fences.

“I was so proud of her, she is a lovely horse.”

As well as the journey down to Hickstead, there was another six and a half hour drive back to Yorkshire after an overnight stay down south.

“When I discovered that Tegan and Sox had qualified for an event at Hickstead, I wanted to ensure that she could take part.

“It’s a long way to go to see a ride of only 60 seconds, but its something we will both remember for all our lives.”

Tegan has won more than 50 rosettes since she started riding at the age of six and last year collected a prize of £100 for winning a Show Cross competition at Richmond Equestrian Centre,

She was due to take part in the same event this weekend and her bright bay Sox, looks fit and raring to go.