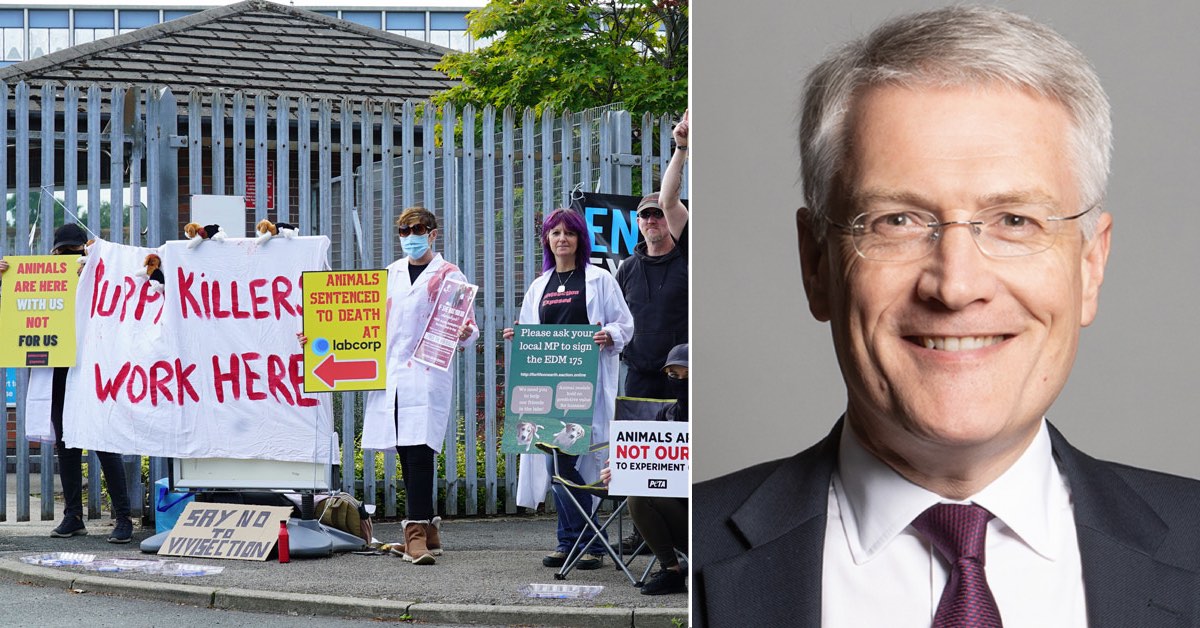 Labcorp Drug Development, which is on Otley Road and was previously called Covance, has been subject to regular demonstrations by animal activists.

A group held banners with slogans such as “puppy killers work here” during a demonstration last month.

Speaking in the House of Commons yesterday, Mr Jones said Labcorp was “one of the largest employers in my constituency”.

The Conservative MP added the firm planned to expand and asked whether George Freeman, who was appointed science minister in this month’s government reshuffle, would meet to discuss it. Mr Jones said:

“One of the largest employers in my constituency is Labcorp, a business that is at the heart of new medicine development both in the UK and across Europe and has played a role in the life science industry response to covid.

“It is considering UK expansion over the next five years at a number of sites across the UK.

“Will my honourable friend meet me to discuss that opportunity, and also some of the obstacles that may get in the way of it, with a view to securing expansion in the UK as a whole but in Harrogate in particular?

“I should be delighted to meet my honourable friend soon to discuss that.

“Labcorp is a major global corporation whose investment in the new clinical pharmacology site is vital. It is in such companies that we need to be investing to drive private investment in research and development.”

The Stray Ferret contacted Labcorp but did not receive a response by time of publication.

It previously told us it “takes very seriously our ethical and regulatory responsibilities to treat research animals with the greatest care and respect”.

“In addition to being the right thing to do, the proper care of research animals is fundamental to sound scientific research and the ability to develop life-saving and life-enhancing new medicines.

“New drugs must be tested in animals before human clinical trials to ensure the safety of patients and volunteers and there are clear links between excellent animal welfare and medical breakthroughs.”