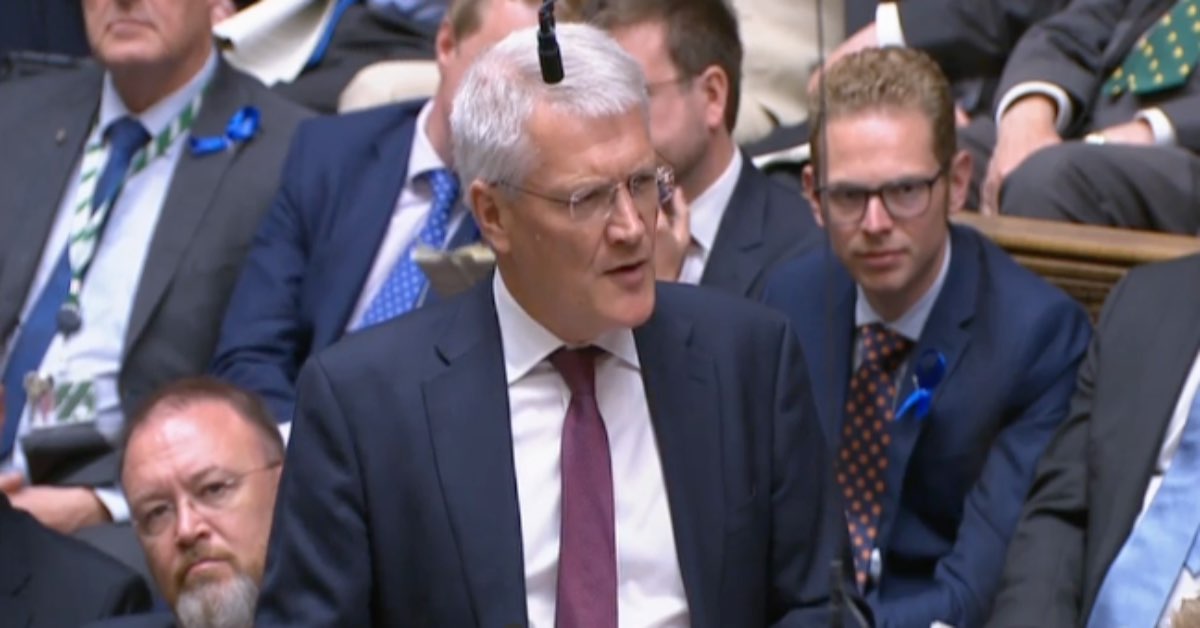 Speaking at Prime Minister’s Question Time, Mr Jones asked Boris Johnson if he would ensure there were apprenticeship schemes in place to help the industry become more efficient and embrace technology.

He called for the government to focus on training engineers and drivers in order to recover services lost during the covid pandemic.

“For years in Harrogate and Knaresborough we had the Labour no growth Northern rail franchise.

“We have new rolling stock, more and better services. We have though seen some lost as the industry has had to suspend some services while they catch up on driver training lost during the pandemic.

“Strikes just takes us back to the 1970s, so will the Prime Minister’s focus on the future ensure that we have apprenticeship schemes focussing on engineering and driver training to ensure we recover the services lost and an industry that’s focused upon efficiency and embraces technology for the future.”

“We’re reforming train driver training to make entry into the sector simpler, while continuing of course to make sure we meet vital safety requirements.”

Chris Watt, a Labour Party campaigner in Harrogate and Knaresborough, responded on Twitter by saying that Harrogate was one of the last stations left with old fashioned Pacer trains during Mr Jones’ time as rail minister.

Extraordinary #Harrogate #Knaresborough MP @AJonesMP to call for rail improvements #PMQs when he was Rail Minister (3 times) Harrogate line was one of the last in the country left suffering Pacer trains and under his @Conservatives Gov @northernassist have recently cut services!

A new owner has taken over the former iconic Farrah’s Olde Sweet Shop in Harrogate after working at the store for more than a decade https://buff.ly/3y9mTIA