0 Items
Band of the Grenadier Guards performs in Harrogate
by 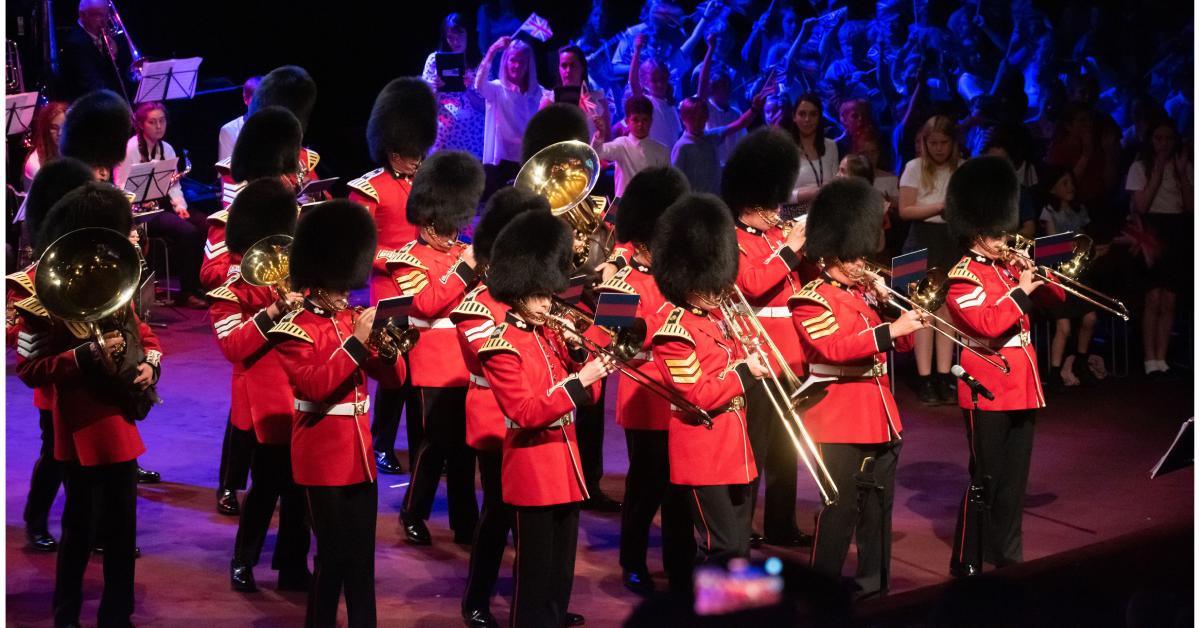 The world-famous Band of the Grenadier Guards has performed with young musicians in Harrogate.

The band joined schoolchildren from across North Yorkshire for a concert on Friday to mark the Queen’s platinum jubilee.

People cheered and waved flags as the military band – famous for its scarlet tunics and bearskin hats — made a grand entrance at Harrogate Convention Centre, playing the traditional British Grenadiers marching song.

The concert, which was organised by North Yorkshire County Council’s school music service, featured about 350 pupils. 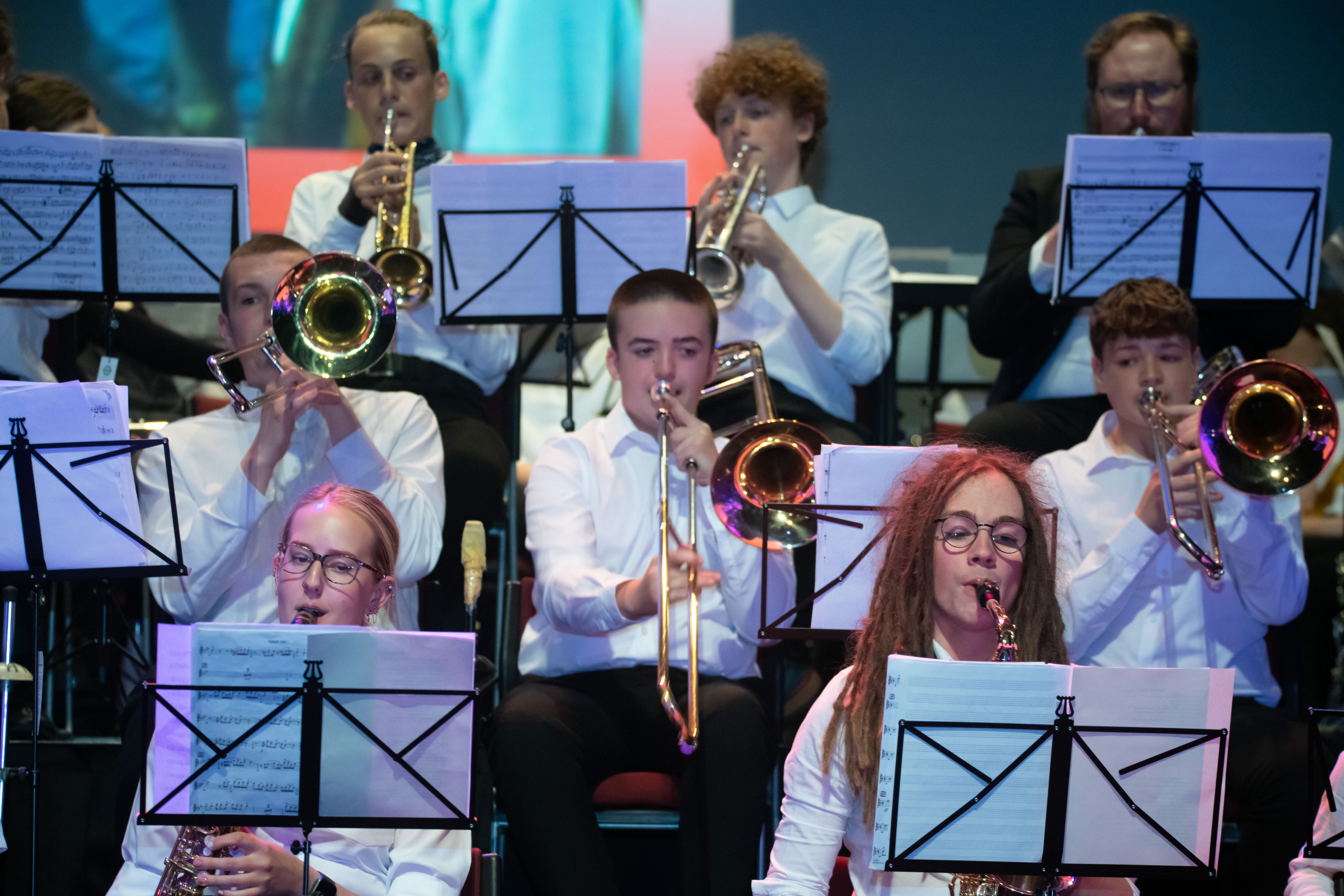 Pupils playing at the concert.

Trumpet player George Hirst, one of the Grenadier Guards taking part, is a former North Yorkshire student who was a member of some of the music service’s ensembles. 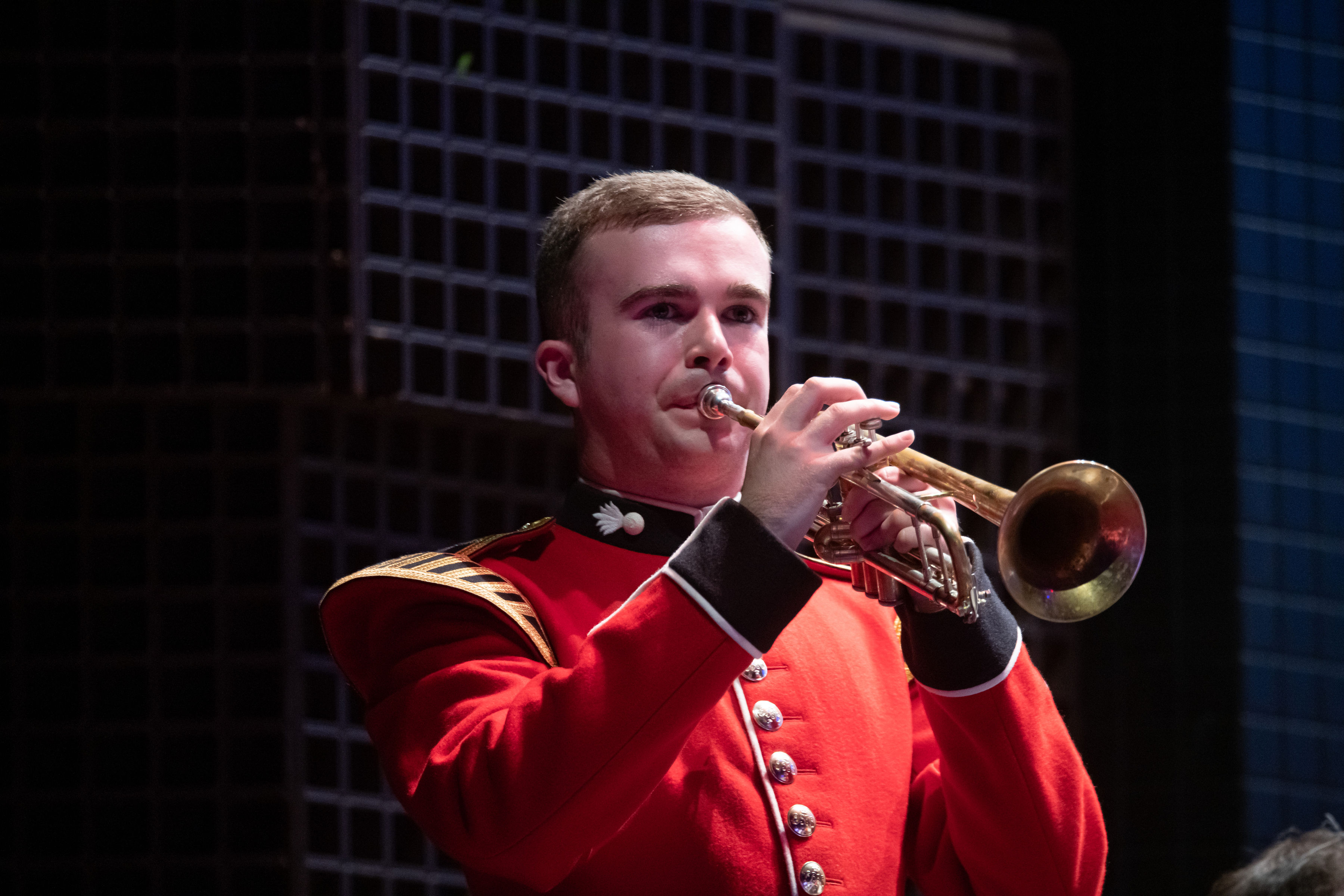 The Band of the Grenadier Guards’ history dates back more than 300 years and played a key role in this month’s jubilee parade in London.

They are taking part in celebratory concerts across the country this year and North Yorkshire’s school music service’s request for the band to join the concert was accepted.

“The children really entered into the spirit of the event, waving their flags and cheering as the band marched in.

“They sang well and the musicians from the music centres performed superbly.”

“The guards were fantastic, interacting with our children throughout the day. They were happy to talk about their roles and even let the children try on their bearskins and have pictures taken with them. It was a great end to an enormous amount of work put in by music service staff and the teachers at the schools taking part.

“We are hoping to continue our relationship with the guards and are looking in to taking the county youth big band down to London to rehearse with them and watch changing of the guard.”

The evening featured popular music from each decade of the Queen’s reign.

The Band of the Grenadier Guards performed Crown Imperial, music from West Side Story, Symphony by Clean Bandit and rounded off the evening with Pomp and Circumstance by Edward Elgar and the National Anthem.

Residents said they were shocked at what happened at the address last night.
https://buff.ly/3Nj3zwM