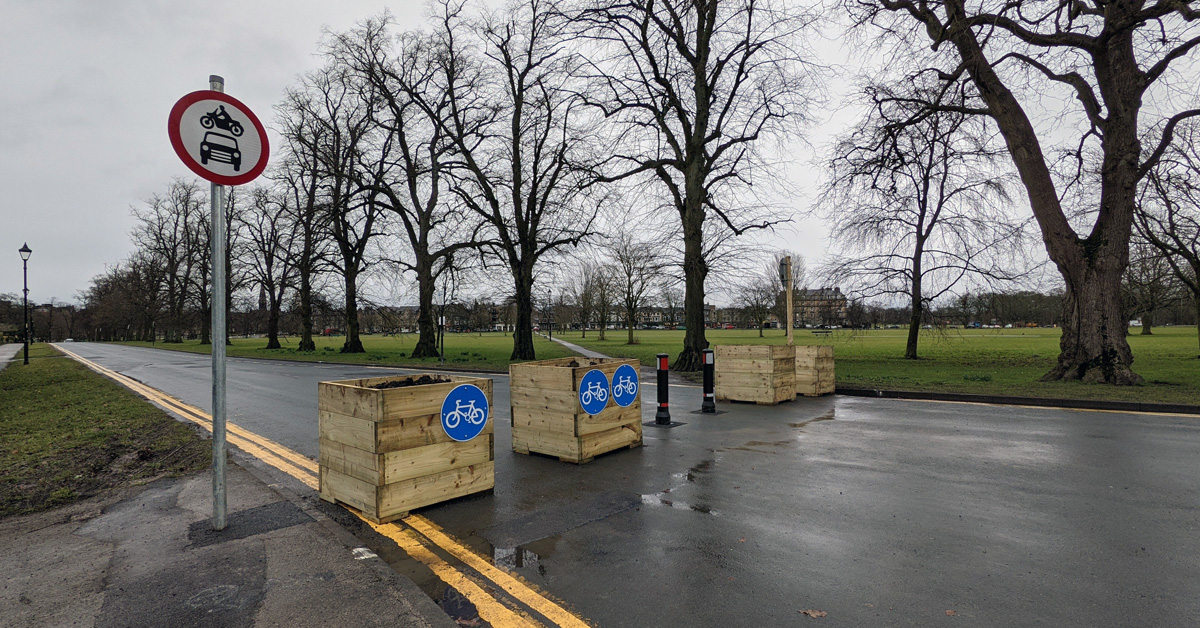 The road closure on Beech Grove.

The six-month experimental closure of Beech Grove in Harrogate to through traffic could be extended to 18 months.

North Yorkshire County Council said when the experimental order came into force last month it would be a trial for six months.

But the council’s highways boss confirmed today it has the power to extend the trial from six months to 18 months, meaning it would end in August 2022 rather than August 2021.

“The experimental traffic regulation order enables us to keep the closure in place for 18 months.

“We are assessing the impact all of the time. If it proves to be highly unpopular then it could still end after six months.

“However, just based on the communication I have received, there has been a big response but I would say that it is mainly positive.

“Those who have complained often say that it is just moving traffic elsewhere in the town.

“But those who are positive say they enjoying how it helps them to walk and cycle more.”

When the order began, some motorists avoided the newly-installed planters by driving on the Stray.

The tyre tracks on the Stray prompted the council to erect a road sign to act as a road block and warning to drivers.