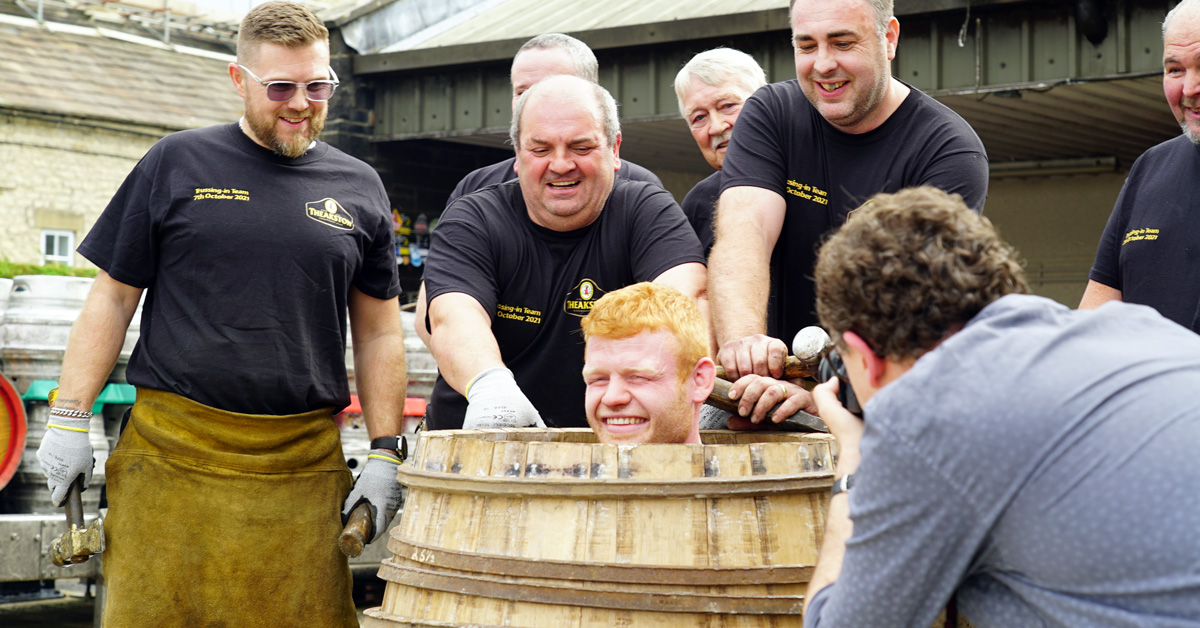 A curious tradition dating back seven centuries took place in Masham today when, for the first time in a generation, an apprentice barrel maker became a cooper.

Euan Findlay, who started work at Theakston Brewery five years ago, was centre stage for the historic ‘trussing in’ ceremony.

Fellow coopers from across the country gathered in Masham to witness Mr Findlay’s coronavirus-delayed initiation into the Federation of Coopers.

The event, which dates back to the 14th century, last took place more than 20 years ago. It rarely happens because Theakston is one of only two breweries in the UK to still have an in-house barrel maker.

Most breweries opt for the more modern steel containers these days but Theakston still uses the traditional wooden barrel for its Old Peculier beer.

Starting with the “ringing of axes” the coopers got the barrel into shape with hammers and metal rings before placing Mr Findlay inside. 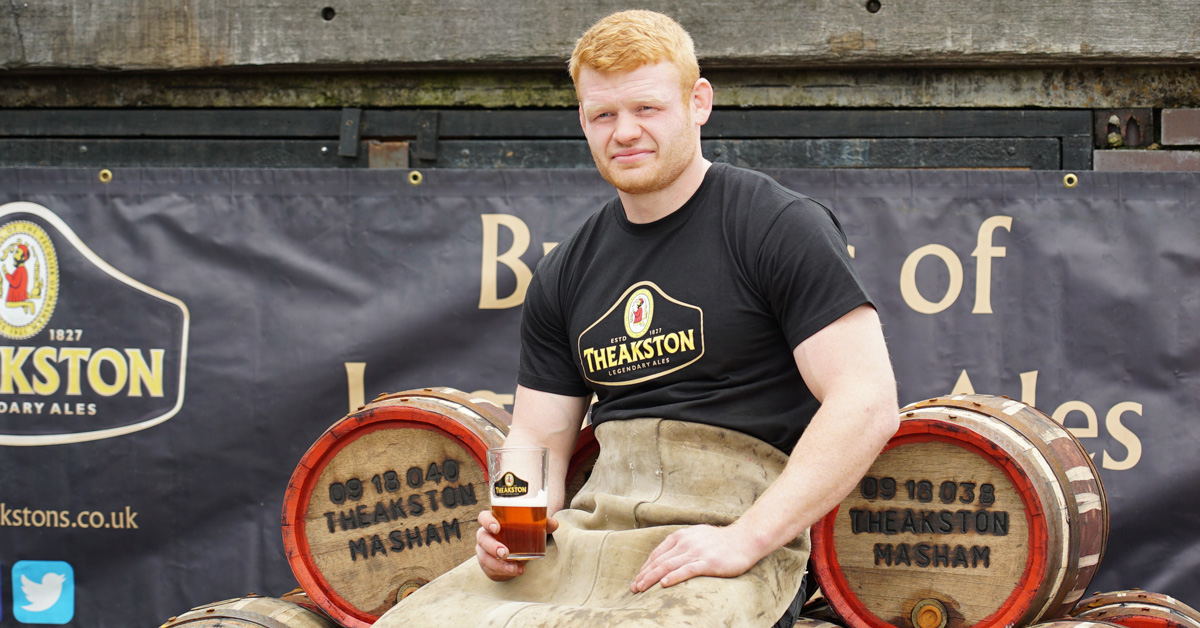 The last trussing in ceremony happened more than 20 years ago.

They then poured beer and any rubbish lying around over his head before placing the barrel on its side and rolling him around while still inside.

Apprentice Mr Findlay was then unceremoniously sacked in front of a crowd before being immediately re-employed as a fully-qualified cooper.

To celebrate the ritual, the brewery launched Stave Bender, a new pale ale. Mr Findlay had the honour of pouring the first pint.

Talking to the Stray Ferret after the ordeal, he said:

“It was very, very hot to start with. Then it got very loud as they started hammering. They then chucked the rubbish in so it got very cold and messy.

“When they started rolling it around like a washing machine I was just trying to brace for dear life. But now I am onto the next stage of my career.

“The plan now is for me to get an apprentice and pass this tradition onto the next generation.”

“Well you have watched a very unique and rare ceremony. So now he has finished his apprenticeship his fellow coopers give him a tough old time.

“This is a rite of passage. We are very proud of making our excellent beer and making the casks that it goes into.”