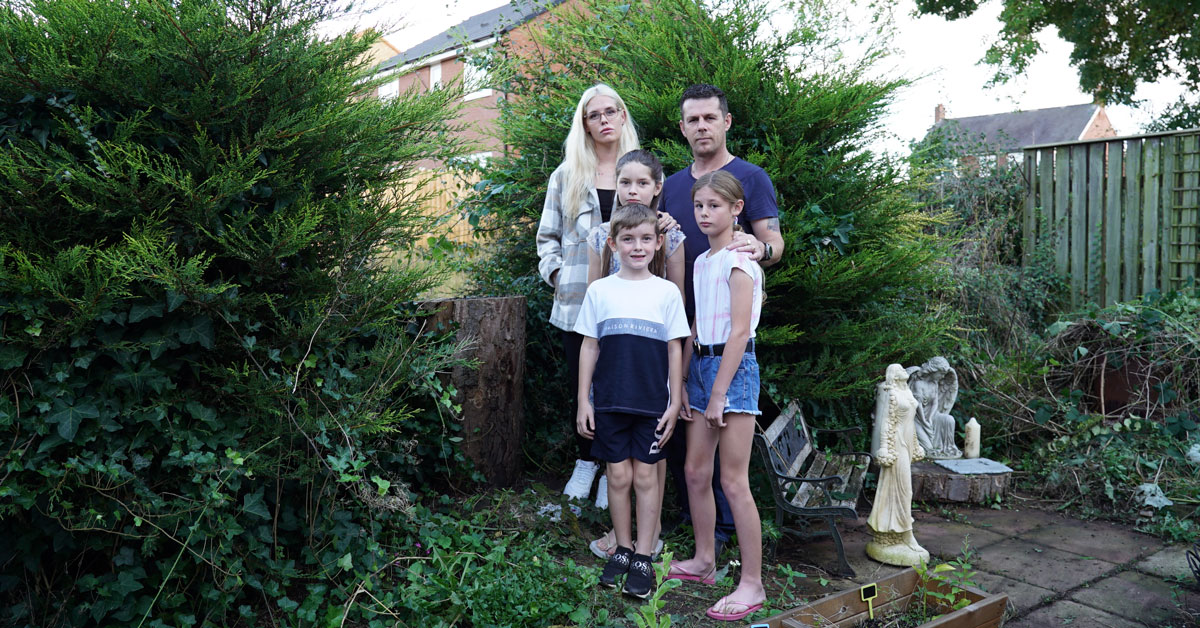 The England family are devastated about the loss of their tree.

A family in Boroughbridge is still waiting for a developer to replace a tree that its workers chopped down 10 months ago.

With a new estate being built nearby, Wayne and Cally England were used to the sound of construction but were nevertheless surprised to see a man with a chainsaw in their garden at around 8am on January 6.

When they went out to question him, he told them that he had already started cutting the tree and it was no longer safe so it had to come down. 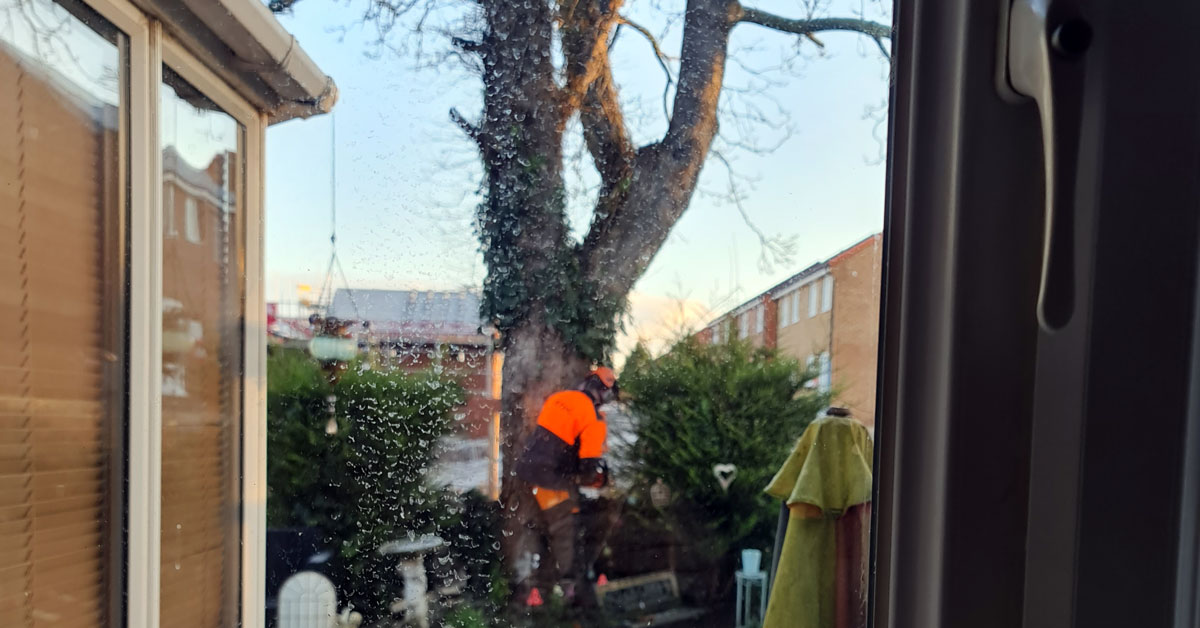 The worker chopping down the tree.

Taylor Wimpey apologised at the time and offered to replace the tree and install a new fence. However, 10 months later this has yet to happen.

Mr England initially believed the tree was on a boundary between his home and the land owned by the developer.

But after the incident he commissioned a geospatial survey, which found the tree was fully on his family’s land. Mr England told the Stray Ferret:

“The kids were crying, I am not laying anything on, they were in tears. It turned out that Taylor Wimpey had been talking to a neighbour who approved the work.

“Taylor Wimpey owned up to the mistake but have done nothing afterwards.

“We had been sending emails back and forth but since I sent in the survey they have not responded. Do they think they can leave it alone and it will go away?

“We want the fence on the boundary and another tree. A lot of people have gone on about compensation but I am not after the money. We just want the tree back.” 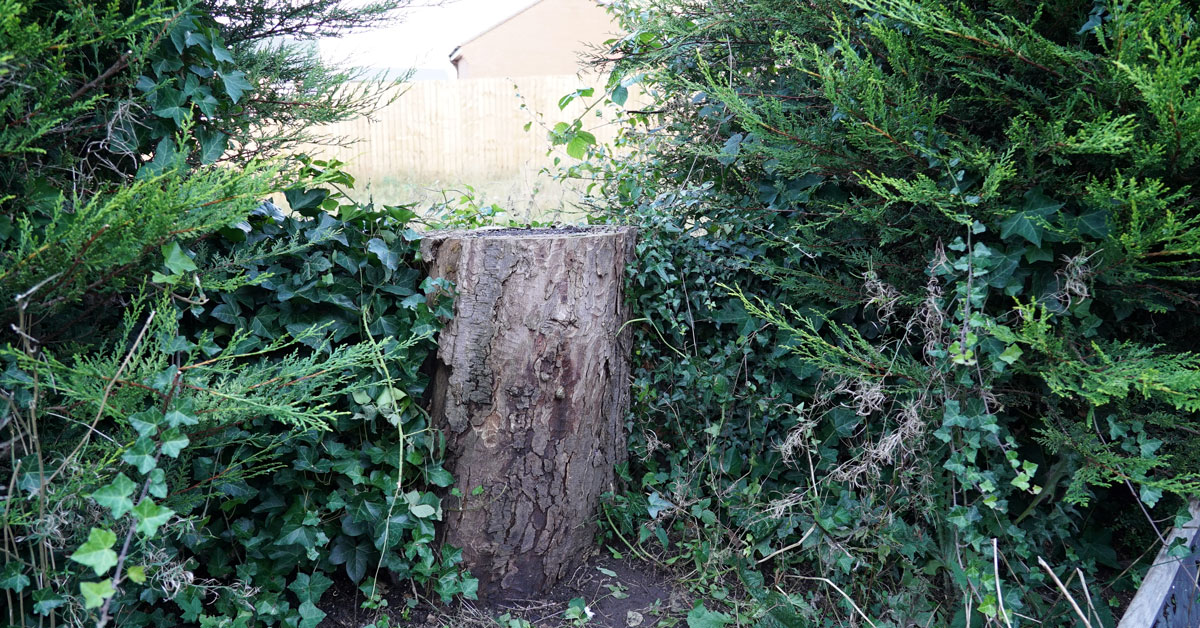 The stump of the felled tree.

In emails to Mr England, Taylor Wimpey claimed the tree was damaged and therefore unsafe.

Mr England has always disputed the claim. A tree survey he commissioned found it was healthy and would have lived for another 20 to 40 years.

“We would like to reiterate our regret for any upset caused by removing the tree in Mr England’s garden for health and safety reasons.

“We have been in contact with Mr England to apologise for the delay in replacing the fence and to schedule the works as soon as possible.”