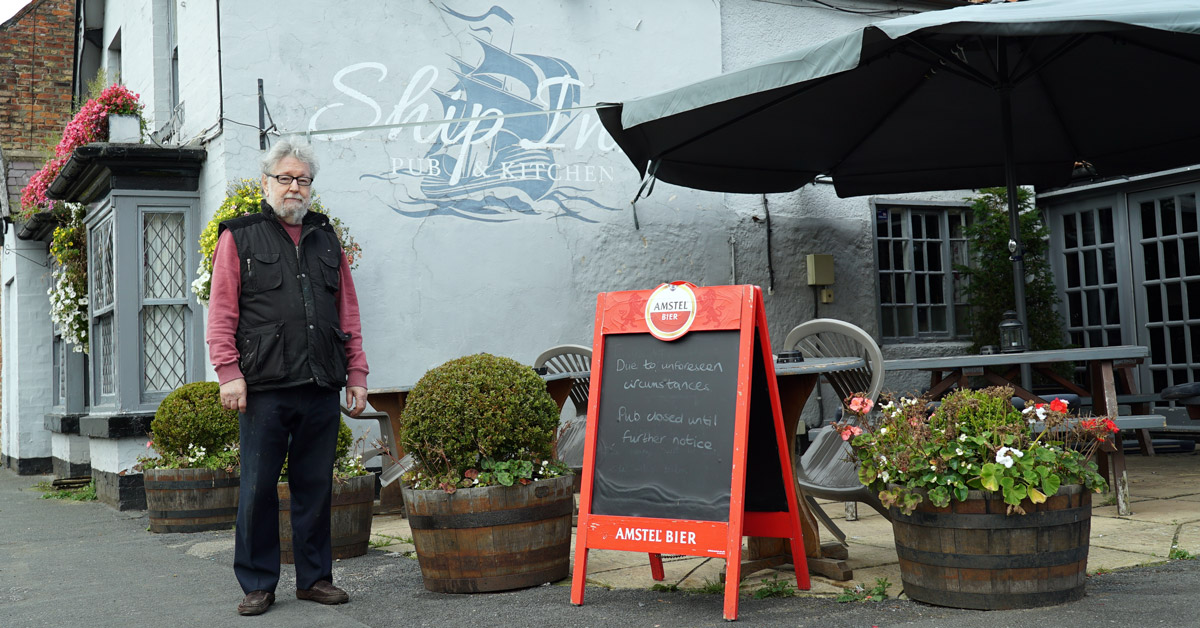 The pub is closed until further notice.

One of the owners of a pub near Boroughbridge that caught fire over the weekend has said he and his partner are lucky to be alive.

Brian Rey and Elaine Howden, who have owned the Ship Inn at Aldborough for 13 years, were woken at about 2am on Sunday by a ringing sound.

Mr Rey went to the door at the top of the stairs to investigate but as soon as he opened it he was met by a wall of smoke. He said:

“My godfathers, it was really thick white smoke. I thought there was something wrong with my eyes but then I started struggling to breathe.

“So I called Elaine over for us to get out but we couldn’t make it through the smoke. We had some face masks in the room so we put a few of them together and escaped.

“We really were lucky to get out. If that fire had been anywhere else but the store room which is surrounded by concrete then the whole building could have come down.” 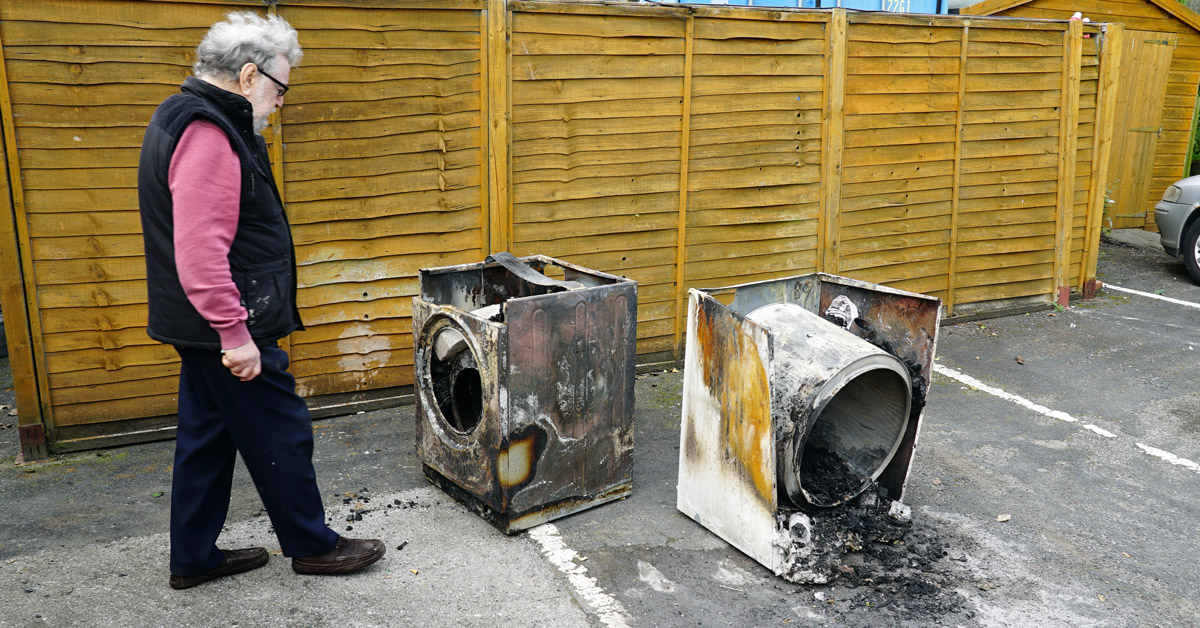 The fire service believes the tumble dryer on the right is the likely cause of the fire.

Firefighters from Ripon, Thirsk, Knaresborough and Harrogate were called to the scene. North Yorkshire Fire and Rescue Service later said it believed the blaze started in a tumble dryer.

However, Mr Rey is unsure whether the tumble dryer was in fact the source of the problems. He said they never used it after 5pm and he had smelled something unusual near the fridge earlier that night.

Since the fire, the local community has rallied behind the pub.

Both the Grantham Arms and the General Tarleton owners have offered help and people have donated £700 to a gofundme page set up by local resident Sam Stoddart to help the Ship Inn recover from the fire. 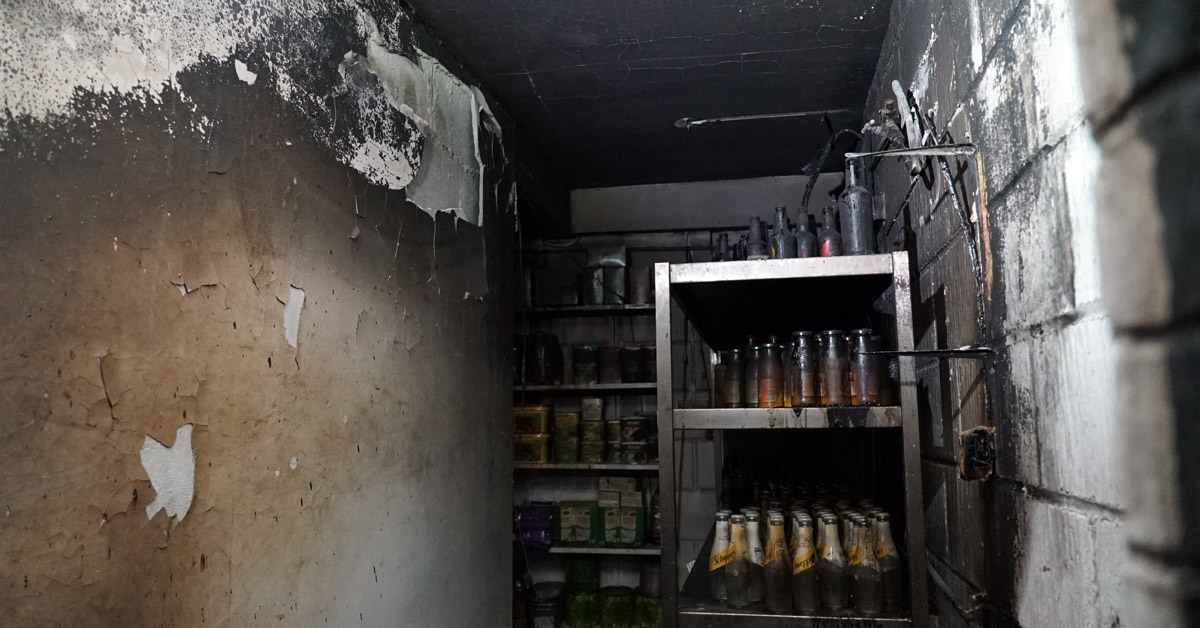 The store room is filled with melted appliances. The walls and ceilings are black from the aftermath.

Mr Rey added his thanks for the support:

“The people in the village have been very helpful. We have taken plenty of phone calls from people who have wanted to wish us luck.

“With the fundraiser we were at a bit of a loss. We only found out when a journalist asked us about it. There still is that friendly spirit, I thought those days had gone.”