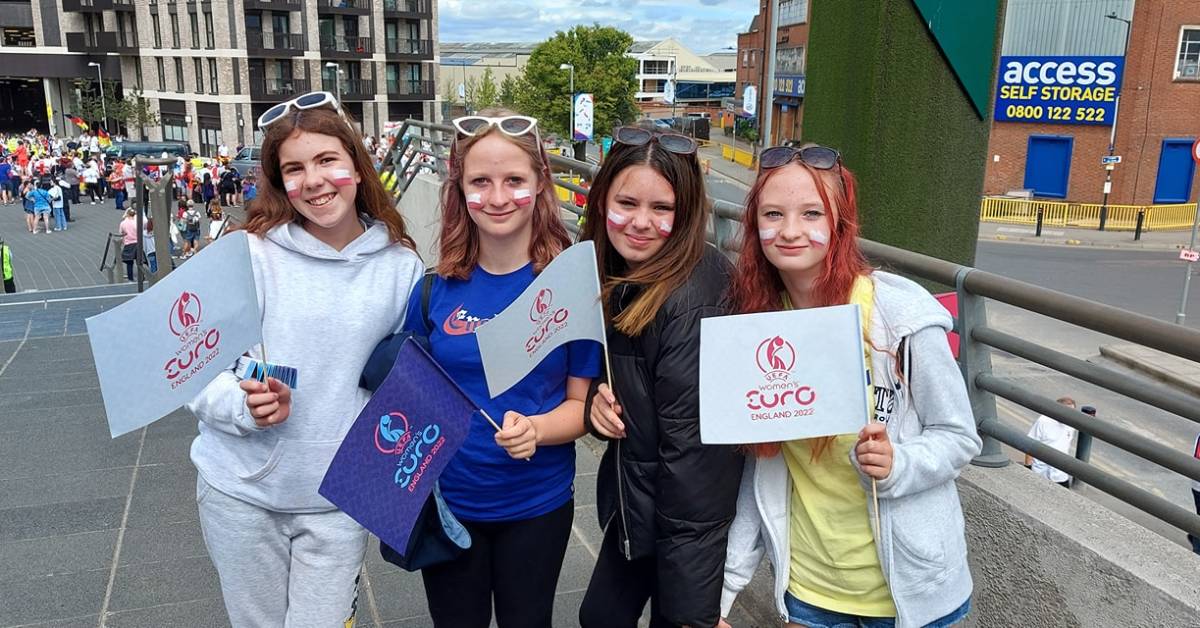 Boroughbridge girls at the Euro 2022 final at Wembley.

A gamble that the England would get to the final of Euro 22 paid off on Sunday for 70 members of Boroughbridge Juniors Football Club.

So a year ago he applied for tickets to the Euro 2022 final — and it paid off as they got to see the Lionesses beat Germany 2-1.

“Seventy from the club went to Wembley for the final, including girls and parents.

“I applied for tickets a year ago. I gambled that England were going to get to the final. Luckily it paid off! Even if it didn’t, I wanted the girls to see top level football.

“It was absolutely fantastic. The atmosphere is different from men’s football – it’s more family orientated. You feel there’s going to be no trouble, no danger, at the women’s game.”

Mr Fahy said the girls had an amazing time at the game, which saw the Lionesses clinch victory in extra time.

“The girls loved it. We were all really excited going down. We had a fantastic view – we were behind the goal where England scored twice.

“We stayed until the celebrations were more or less finished, about half an hour afterwards.”

The club is holding free taster sessions throughout August for girls aged five to 15, with the first session at Boroughbridge Football Club, on Aldborough Road, starting at 10.15am this Saturday, August 6.