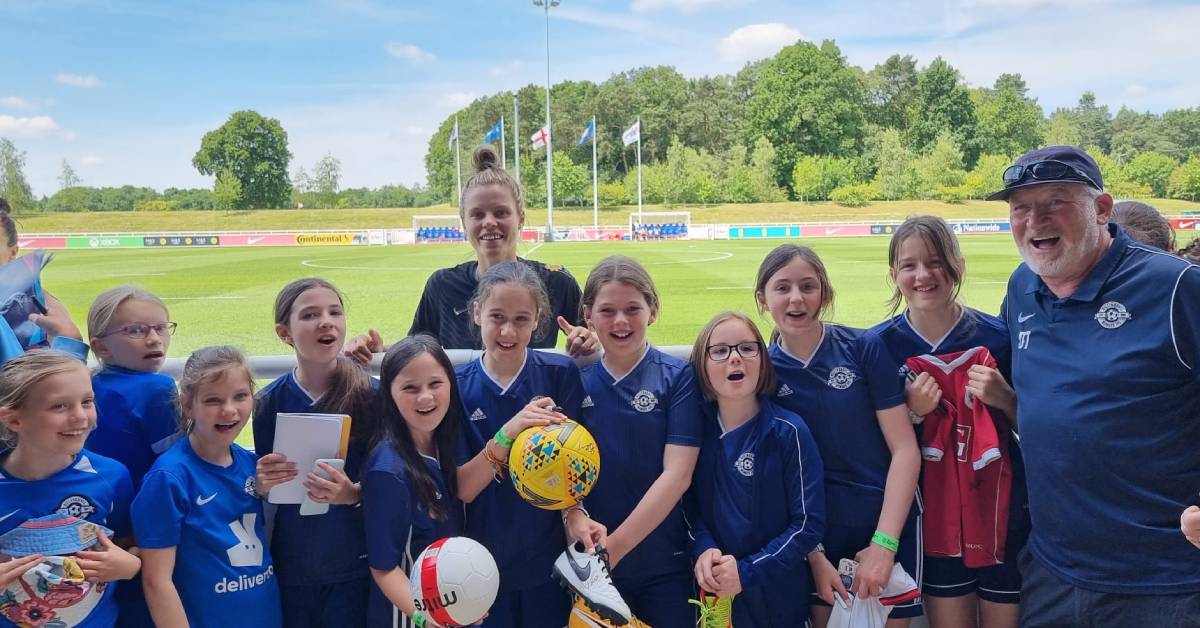 The Killinghall Nomads girls’ football manager who was a coach when Rachel Daly played at the club has praised the Lioness for her ongoing support.

David Terzza remembers Daly playing in the boys teams at the junior club from U8s to U11s.

He said she had kept in touch and sponsored last season’s Adidas football kits for the girls’ teams.

The girls were also invited to meet Daly and her fellow Lionesses at a training session at St George’s Park and to watch the England v Netherlands friendly at Elland Road in Leeds.

Mr Terzza, who has coached at the club for 22 years, said:

“I remember seeing her play, she was outstanding. When Rachel started playing she was the only girl at the time who played on the boys’ teams. She was fearless and could hold her own. The coaches used to point her out and say she was going to go far.

“Rachel has kept in touch and has sponsored Adidas football kits for the girls teams. They were proudly worn by the U11 and U14 Girls last season. Both teams were inspired by this act of kindness to become league winners.”

Mr Terzza has coached girls’ football for the last 12 years and is also the secretary for the Harrogate and District Junior Girls Football League, which is overseen by the Football Association.

He believes the Lionesses’ Euro win will have a lasting impact on girls ‘and women’s grassroots football.

“It has inspired our girls tremendously and has been an incredible boost to women’s and girls’ football, with the Lionesses now well-known household names.”