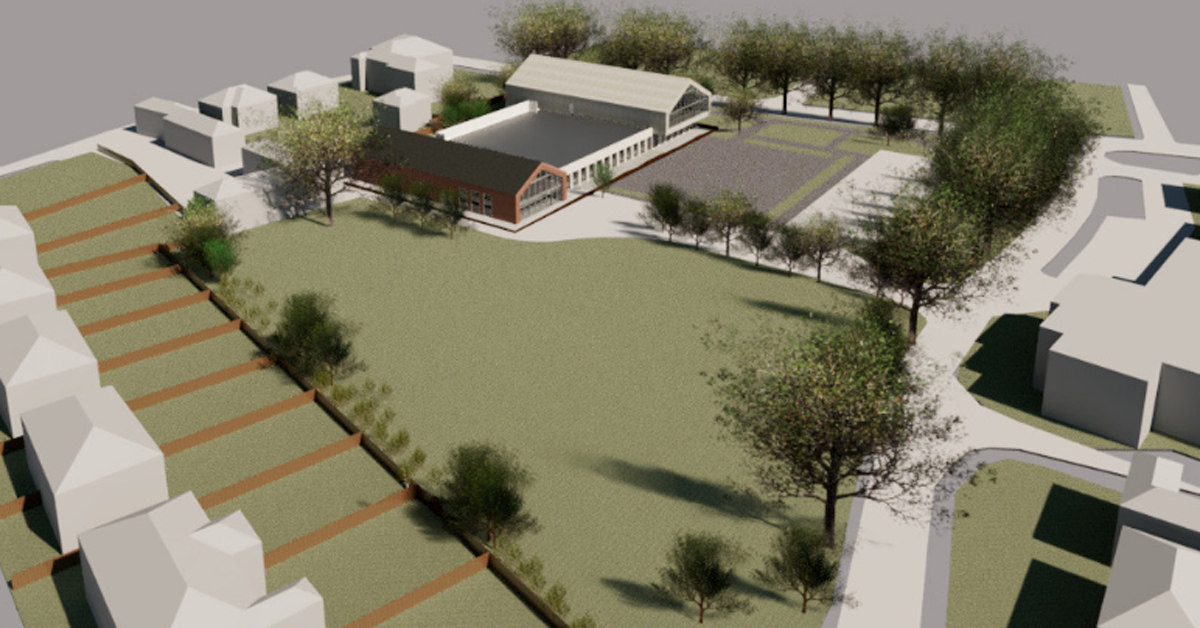 A campaign group has launched fresh criticism at plans to demolish Knaresborough Swimming Pool to make way for a new leisure centre.

The ‘Not On Fysche Field’ campaign was launched by resident David Hull who said he has gathered the support of around 940 others against the plans from Harrogate Borough Council which today revealed new images and details.

The council wants to build the new facility over a play area behind the existing pool at Fysche Field.

But Mr Hull claims there is little support for the plans and described them as “badly conceived”.

“None of the Knaresborough community have asked for this new development.

“The council issued a poorly publicised consultation document over the Christmas period of December 2020 asking not whether Knaresborough wanted a new facility, but simply where it was to be built.

“The idea of building on the park has no local support.

“Furthermore, it demonstrates complete lack of environmental awareness as the new facility will be built on the extremely valuable green park right next to the perfectly adequate existing facility.”

Out of 471 respondents who took part in the consultation, 80% were in favour of locating the new leisure centre at the existing 30-year-old swimming pool site.

Some residents described the existing swimming pool site as the “best” and “only appropriate” location for the facility.

However, concerns were raised over the loss of green space and up until now the council had not revealed exactly where the new leisure centre could be built at Fysche Field.

Its preferred option is to build over a play area behind the existing swimming pool, but building partly over Fysche Field itself is still an option on the table.

Other options included building over the footprint of the existing pool, but these have been ruled out as the council said this would result in two years’ loss of service and income.

Meanwhile, Mr Hull and his campaign group have brought forward their own proposals which he said would result in no loss of green space at the play area or field.

“The alternative approach is to extend the existing pool at first floor level, over the existing car park area.

“This extension will provide all the space required for fitness suites etc.

“The existing pool and wet areas can simply be refurbished. This build will be a lightweight framed structure, with a low environmental impact, and built from sustainable materials.”

Cllr Stanley Lumley, the council’s cabinet member for culture, tourism and sport, described the proposals as “ambitious” and said they would create a “21st century facility that provides fantastic opportunities for local people”.

A planning application from the council is expected later in autumn and if approved, the new facility could be built by the end of 2023.

Residents are being urged to have their say on the plans as part of the consultation which will run until 24 October.