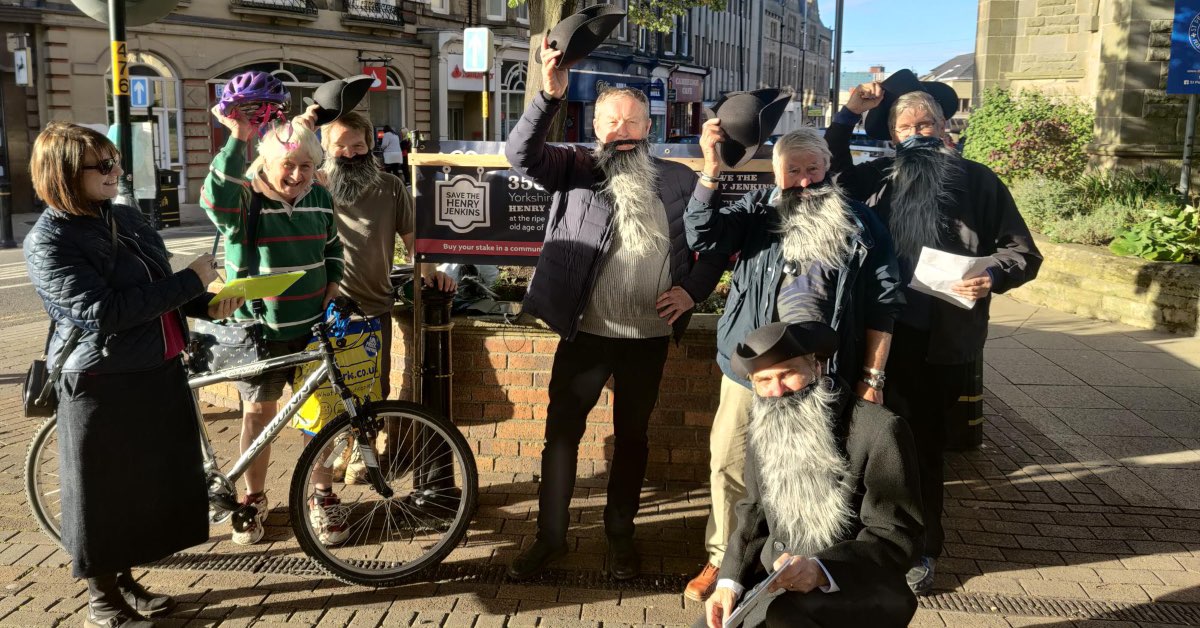 Campaigners to save the Henry Jenkins pub in Kirkby Malzeard, who were in Harrogate yesterday.

A petition calling for a historic village pub under threat from demolition to be reinstated as an asset of community value has been handed in to Harrogate Borough Council.

More than 500 people have supported the campaign to save the 18th century Henry Jenkins Inn at Kirkby Malzeard, near Ripon, which has been at the centre of a long-fought battle between villagers and a developer since it closed in 2011.

The building was made an asset of community value six years after it closed, but the protected status was later removed by the council after part of the pub was sold off.

Campaigners were in Harrogate yesterday gathering signatures in support of the bid ahead of a full council meeting.

Richard Sadler, one of the campaigners, told councillors that the pub was an “intrinsic part of the history, culture and identity” of Kirkby Malzeard, but had recently become a “blight” on the village.

He said the council should now “do the right thing” and reinstate the pub’s protected status to stop it from being demolished for housing and so that it can be run by the community.

“We have now put together a business plan and have community share pledges for £237,000 to buy the pub.

“But there is a problem. The council has delisted part of it simply because that part was sold off.

“That is why we are asking the council to do the right thing and put the whole pub back as an asset of community value so we have a chance of bringing it back as a thriving pub for future generations.

“This could be a huge boost to our village and the whole region.”

The council has yet to respond to the petition.

Earlier this year, villagers were dealt a blow to their campaign when a government planning inspector overturned a council decision to refuse permission for part of the pub to be converted into a home.

Inspector Helen Hockenhull said in a report at the time that there was “no reasonable prospect of the public house reopening”.

The status of an asset of community value means buildings must be used by the community and are protected from a change of use or demolition.

The Henry Jenkins is named after the Yorkshire super-centenarian that legend states lived to be 169-years-old.

It is one of the oldest inns in the Harrogate district and is the last of several pubs in the area named after Mr Jenkins who is reputed to have lived from 1500 to 1670.