0 Items
Commissioner candidates questioned: how to stop speeding
by 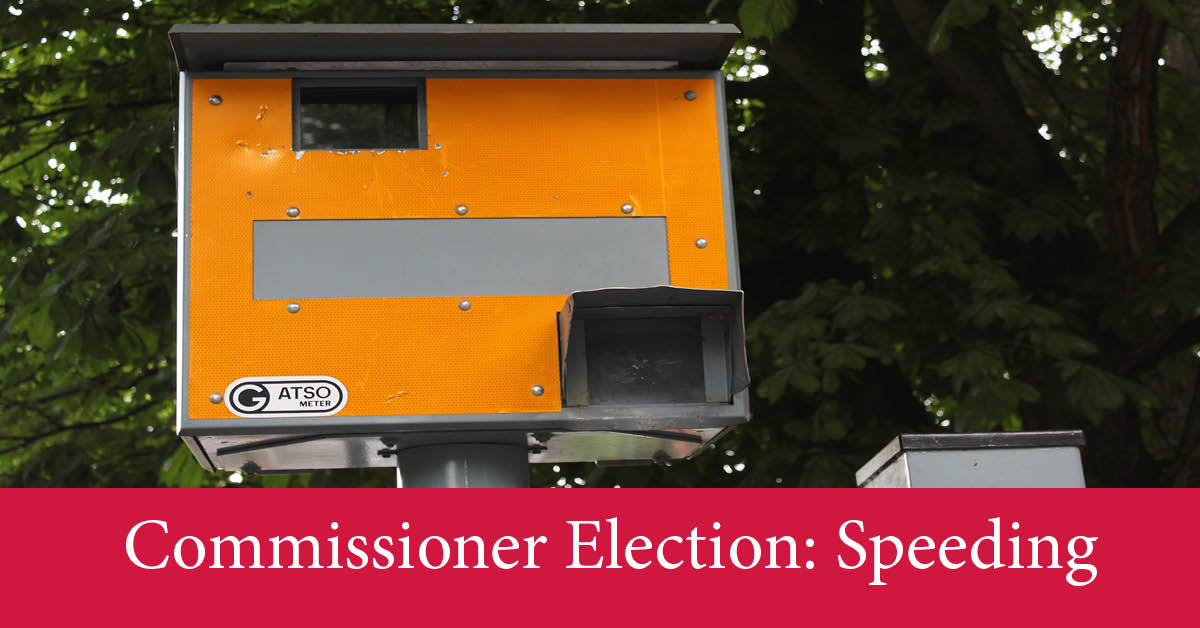 In the fourth of a series of articles on crime issues in the Harrogate district, candidates standing to be North Yorkshire Police, Fire and Crime Commissioner are questioned on how to stop speeding.

Commissioner candidates vying to become North Yorkshire’s next Police, Fire and Crime Commissioner say they would launch a hard-hitting educational campaign, pressure for more 20mph limits and even consider drafting in firefighters to help tackle residents’ number one concern – speeding.

Ahead of the residents of York and North Yorkshire going to the polls on Thursday to decide who gets the £74,00-a-year role, the five candidates wanting to succeed Philip Allott, who resigned last month amid controversy, have spoken of their determination to get to grips with road safety enforcement and education.

During his time in the role Mr Allott enlisted academics to help tackle speeding on more than 6,000 miles of roads and in 800 villages, saying demand for enforcement was outstripping police resources.

Most of the 72 county councillors agree speeding, and in particular through villages, is the most common issue that residents raise with them.

While fixed speed cameras have repeatedly been deemed an unsuitable solution for the largely rural county, the force has insisted its 12 mobile speed camera vans are used to deter speeding at sites of accidents.

The county’s first commissioner, Julia Mulligan, frequently defended the use of the vans and denied they were being used as a revenue generator, despite many residents, councillors and even former police traffic officers believing the contrary.

Independent candidate Keith Tordoff said enforcement was not the only answer to tackling speeding and that he would develop new ways of dealing with road safety, involving interaction from other agencies such as North Yorkshire County Council. He said he would examine whether the Fire & Rescue Service could help.

He added he was a supporter of the 20’s Plenty scheme, but was only in favour of reducing speed limits on roads near schools, high streets and where the community overwhelmingly wants to.

Labour candidate Emma Scott-Spivey said she was backing 20’s Plenty as “road safety is a huge issue across North Yorkshire – not just in built up areas but on our country lanes and major highways”.

“Some argue that spending money on reducing speeds and improving road safety should not be an expense of fighting ‘real crime’. I don’t agree at all. We must do everything we can to reduce speeds, reduce accidents and reduce fatalities. Police officers and firefighters agree those are very real.”

“If elected I will oversee a review of the police’s approach to enforcing speed limits, including how mobile speed cameras are deployed and revisiting the issue of fixed speed cameras. I will also explore ways to increase collaboration with local authorities and communities to promote community safety.”

Zoe Metcalfe, who is hoping to become the third Conservative in succession to land the role, said education and more publicity were needed as part of the speeding management strategy.

“I would like to see an emphasis placed on showing drivers the impacts of their speeding from being an anti-social behaviour, a serious and dangerous activity and how their own lives can be impacted if caught breaking the law.”

Women’s Equality Party candidate Hannah Barham-Brown, said as a wheelchair user, speeding was a major concern for her.

“Although reducing speed limits is outside of my remit as Police, Fire and Crime Commissioner I will work with local councils and residents to advocate for road safety and to ensure that residents’ concerns are being heard.”