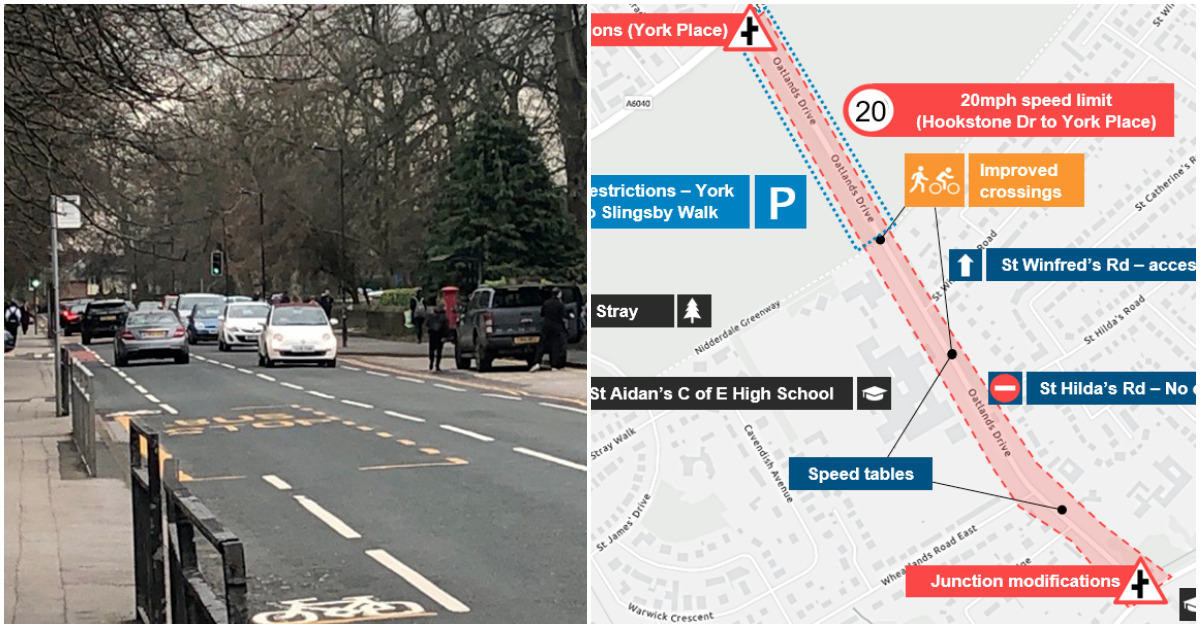 Proposals to make the Oatlands Drive area of Harrogate more friendly to cyclists, which included making some of the Saints area one-way, will now not go ahead following fierce opposition from local residents.

In December, North Yorkshire County Council accepted £1,011,750 as part of a five-year, £2 billion programme by the Department for Transport to improve active travel infrastructure.

The council put forward four schemes in the county: three in Harrogate and one in Whitby.

However, opposition against the Oatlands Drive plans has proved too difficult to overcome for the county council which has now withdrawn it from its bid.

NYCC had originally planned to make the whole of Oatlands Drive in Harrogate one-way but it was dropped in March after 57% of respondents to an initial county council consultation opposing the proposal.

Opponents cited the impact on school buses and the creation of a ‘rat run’ on surrounding residential streets at peak times.

The scheme moved forward and included making nearby St Winifred’s Road and St Hilda’s Road one way but this was similarly unpopular with residents.

It also proposed to make Oatlands Drive 20mph and to add double yellow lines down both sides of its advisory cycle lane to stop motorists parking there.

NYCC will instead commission an ‘Oatlands Constituency Feasibility Study’. It says this will “reeassess opportunities” for infrastructure improvements across a wider area than the government scheme allows.

The two other schemes in Harrogate have been recommended for approval, however.

“The work done so far on this scheme will not be wasted since it has highlighted opportunities to deliver improvements more widely in that area. That is why it is proposed to carry out a feasibility study focused on the Oatlands area later this year.

“The three schemes recommended to be taken forward were generally well received by residents. The Oatlands Drive scheme, however, and in particular the one-way filters for motorised vehicles, proved less popular and many local residents expressed their opposition. Since a condition of the Active Travel Fund is that each scheme should have public support, it is recommended that the Oatlands Drive proposal be withdrawn.”

The council said some of the savings made by dropping the Oatlands Drive scheme would be spent expanding its Whitby scheme.

The schemes that have been recommended to go ahead are below:

Recommendations will be considered at a meeting of NYCC’s Business and Environmental Services Executive Members on Friday, May 21.