0 Items
Council Stray repairs contract given under ‘urgent circumstances’
by 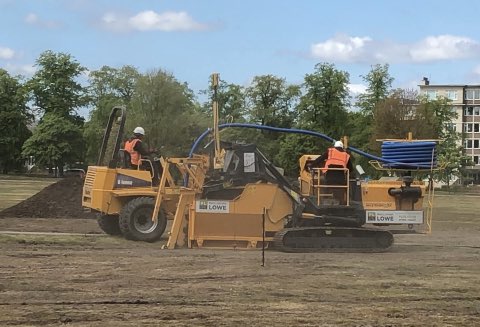 A controversial council decision to bring in Lancashire based contractors to restore West Park Stray was made under “urgent circumstances” – seven months after the UCI World Cycling Championships.

Details seen by The Stray Ferret show the six-month contract handed to Glendale Services is worth an estimated £40,926.29 and was a direct appointment by the council in April, meaning it was not put out to competitive tender.

At the time, the decision to outsource to Glendale was met with fierce criticism from local contractors who said they were “absolutely disgusted” that they weren’t invited to tender for the work.

Harrogate Borough Council brought in the Chorley-based company to restore the Stray which was left with a £130,000 repair bill following the cycling championships.

Glendale have since started reseeding work, which council bosses say will be complete by September.

Liberal Democrat county councillor, Geoff Webber, who asked the borough council through a Freedom of Information request about the contract, said he was disappointed that there was no competition for the work.

He said: “It is particularly disappointing to see this contact go to an ‘out of area’ company when the county council has been running a campaign for individuals and businesses to ‘shop local’.

“I understand that there were at least two reputable local companies who could have carried out this work, possibly cheaper, but were not even given the chance to tender.” 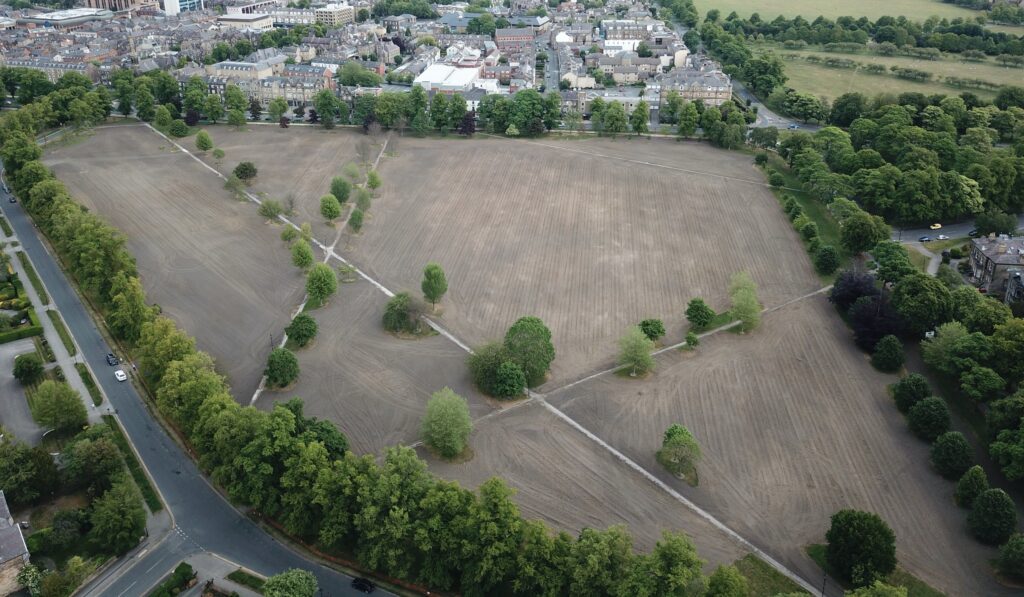 Aerial shot of The Stray taken recently yet to be seeded.

He told The Stray Ferret:

“I’ve never heard of such rubbish in my life. How could an event that happened last Autumn be urgent?

“They had six months from when the damage was done to appoint a contractor. We’ve had the driest spring on record so if a contractor had been appointed earlier they could have hit the ground running and seeded it earlier. Now, they’ve missed the optimum Spring sowing date for grass seed.”

The council expects the overall works to the Stray to cost £129,971:

Harrogate Borough Council has been approached for comment on the urgent decision, but had not responded at the time of publication.