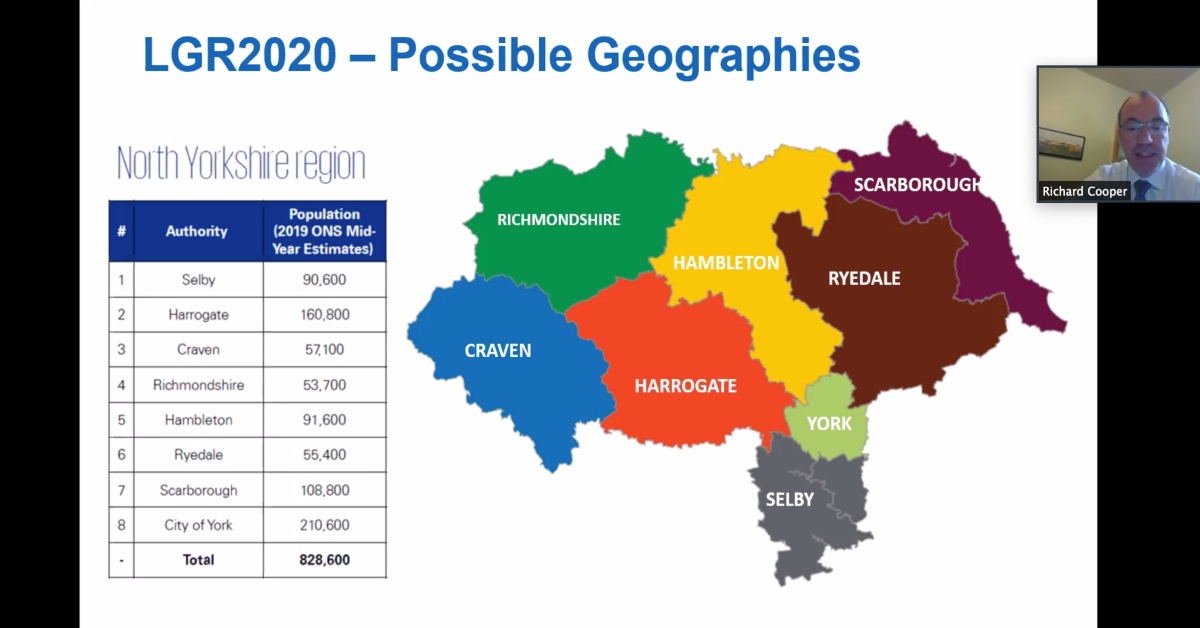 Council bosses have clashed over proposals for how North Yorkshire’s local councils should be organised in future as each looks to sell its vision to the public.

Last night, Cllr Carl Les, leader of the county council, and Cllr Richard Cooper, Harrogate Borough Council leader, along with chief executives of both authorities, addressed a virtual meeting of the Harrogate District Chamber of Commerce over the issue.

While both camps said they agreed that the county needed devolved powers, they differed over how to reorganise local government – which is a requirement from ministers to negotiate for devolution. The county council wants one single authority to govern the county, while the seven district leaders have outlined plans for two councils, splitting the county between east and west.

Cllr Cooper – who also sits on the county council – was critical of the county council’s existing services, saying he had been forced to go and pull weeds out of the road on Commercial Street himself because the authority had failed to do so. Richard Flinton, chief executive of the county council, said he would not be drawn into a “tit for tat” argument with the borough council, but pointed out that any restructure would create a completely new authority, rather than a continuation of the existing county council.

He presented the authority’s case for a single council for the whole region except the City of York, which will remain as it is.

Mr Flinton argued that the proposal would not be centralised and would allow for more local powers through local action groups and devolving further powers to town and parish councils. 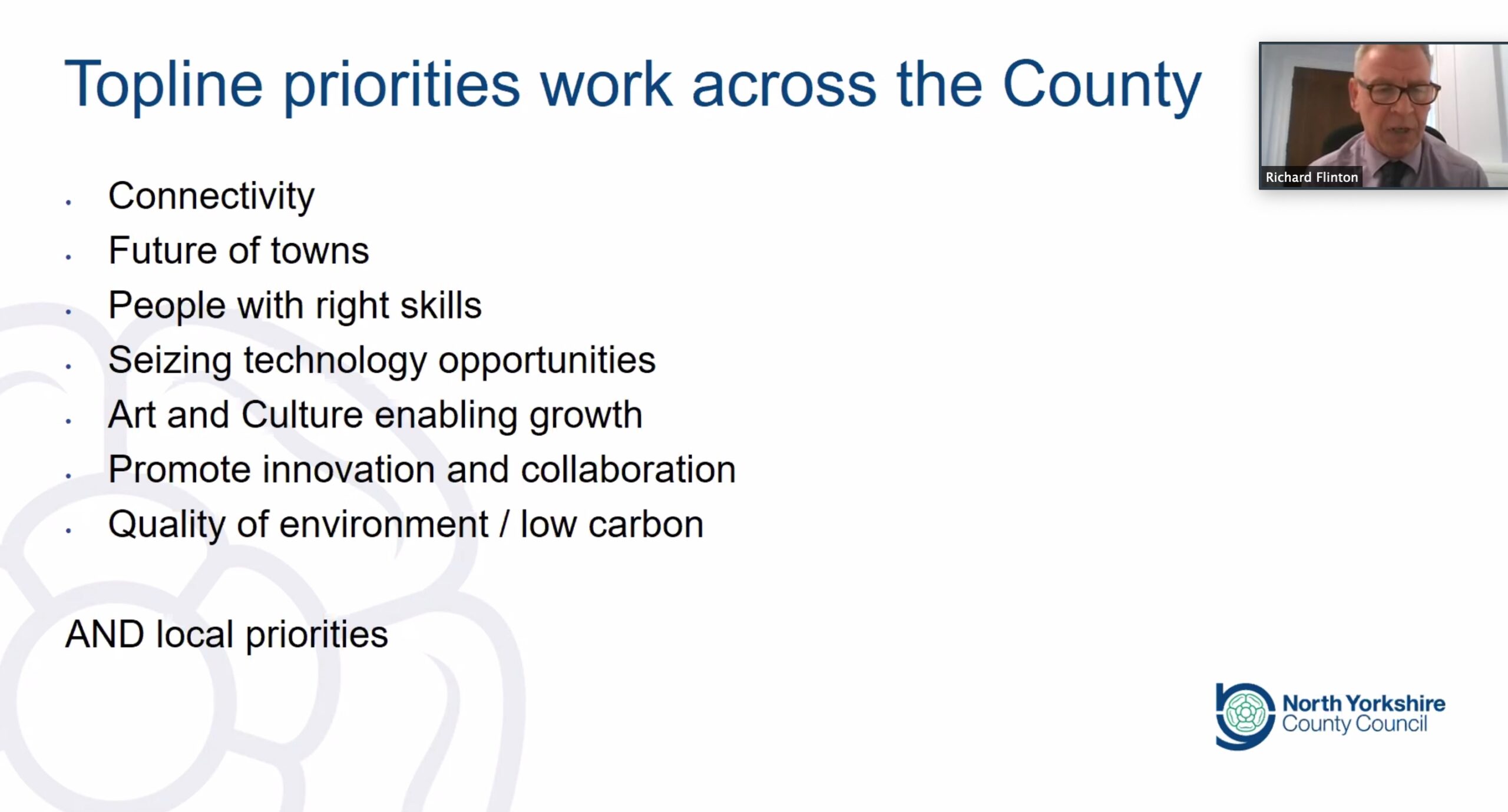 Richard Flinton, chief executive of the county council, made the authority’s case for a single council last night.

He added that the single council, which would cover 610,000 residents, would also save the most money at around £25 million a year, and serve rural areas better.

“What we need is a single service to deliver for those areas and to carry the cost of delivering in rural areas.

“We believe that the model we are putting forward will deliver more savings. I suspect that will be a dispute with the districts.”

The county council is working with PricewaterhouseCooper on its plans and Mr Flinton said the savings figure could change “once that piece of work is done”.

He added that a single council for a large county was “not unique” and had already been replicated elsewhere in Durham and Cornwall where districts have been scrapped in favour of one authority.

But Cllr Cooper, who has joined the six other district councils in devising an alternative proposal, said a single council alongside York would cause “disharmony and disfunction” in the new structure.

Both Cllr Cooper and Wallace Sampson, chief executive of the borough council, said there would be an “imbalance” in the county council’s plan. Mr Sampson said there needed to be “parity” between the two councils in the new structure.

“There is a feeling that what is being proposed is a single model. There will be two authorities, but you will have one large and a relatively smaller York.

“We do not think that is good governance moving forward.”

Instead, the districts have proposed two councils – one in the east covering 465,000 people and another in the west which would cover 363,000.

Mr Sampson said the model would focus on being “as local as possible” and would have shared services across the two authorities. He added that the model, which has been devised between the district councils and KPMG, would save between £33 million and £53 million.

He said some services in York could be improved by joining with other councils into an east authority and that Harrogate would be better off economically under the district model.

It comes as government minsters have made a reduction in the number of councils in North Yorkshire a requirement of any devolution bid.

Councils across the county are currently in the process of agreeing a list of “asks” to submit to ministers, which propose £2 billion worth of investment as part of a devolution bid.