0 Items
Crowds flock to Ripon’s weekend of entertainment
by 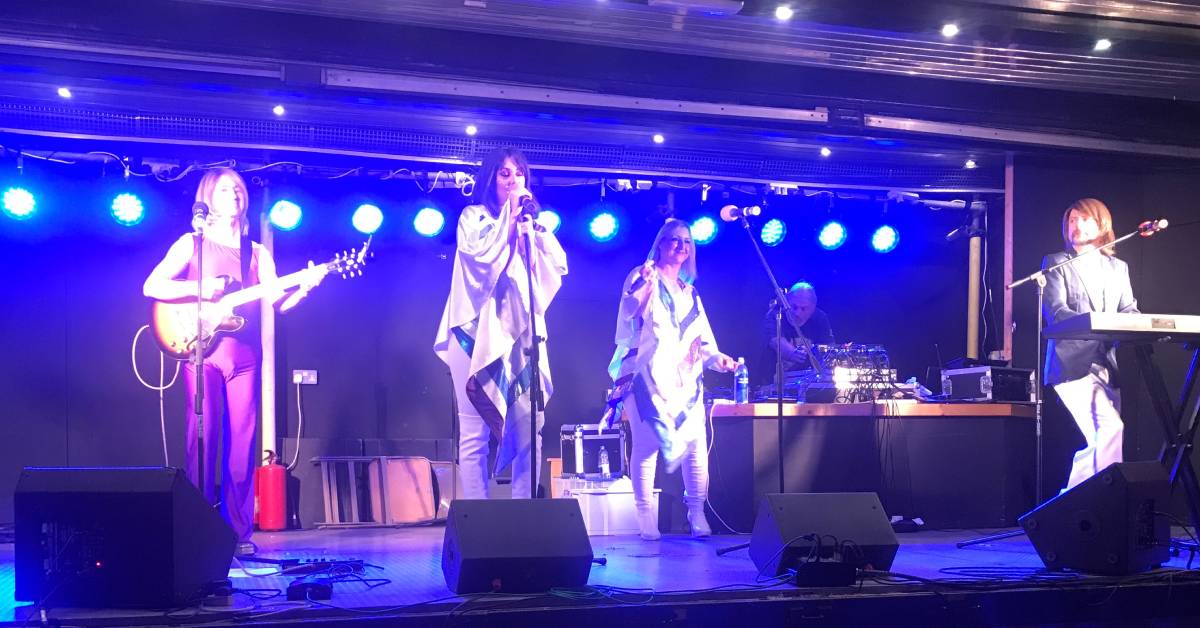 The sun shone during the day and the tribute acts sparkled at night, as Ripon staged its second weekend of large-scale entertainment since the easing of lockdown.

By dawn yesterday, the city centre was swept, tidy and ready for dozens of stallholders at the Little Bird Artisan Market.

With its locally-made goods, the market remained open until 3pm, sharing the square with two fairground rides and a climbing wall. 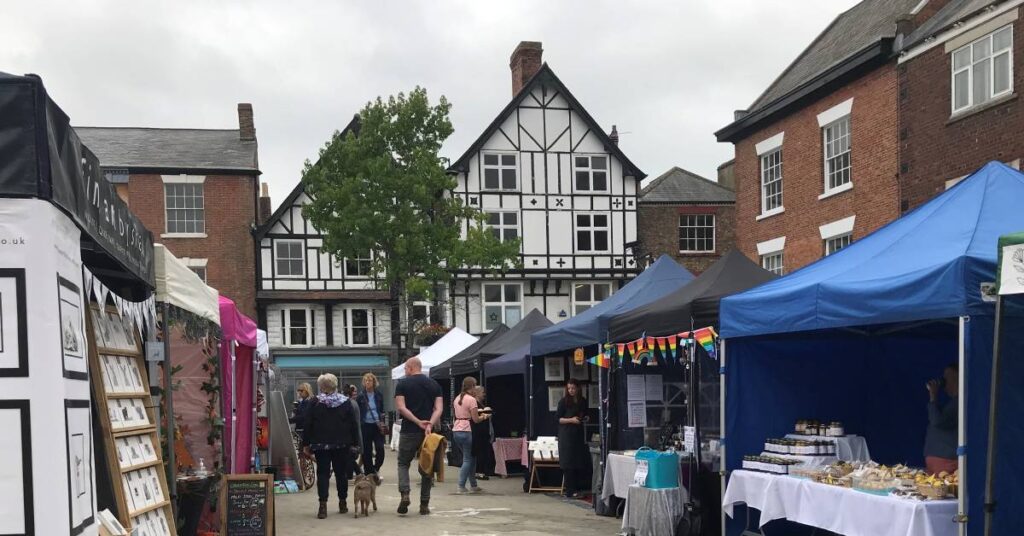 The market opened prompt at 10am.

Saturday night’s crowd was larger than the one attracted by the Yorkshire Day Weekend tribute acts at the start of the month. 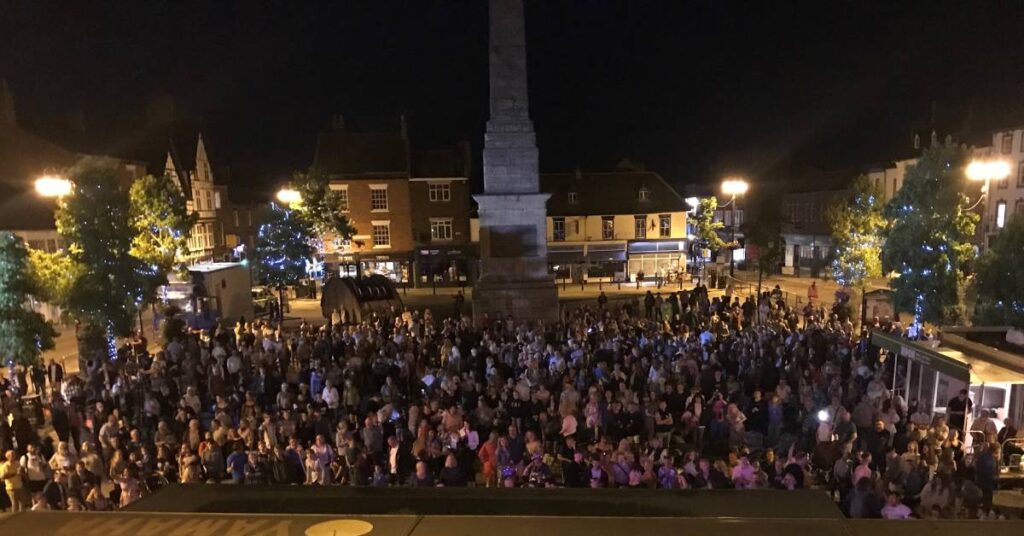 ABBA Forever, performing songs made famous by the Swedish supergroup, brought the curtain down on the musical entertainment, which also featured the Big Boyband Reunion whose repertoire ranged from The Backstreet Boys to Take That.

In between acts, in the shadow of the obelisk, Allison Clark from Ripon’s own ‘fab four’ team of hornblowers, performed the city’s ancient ceremony of setting the watch. 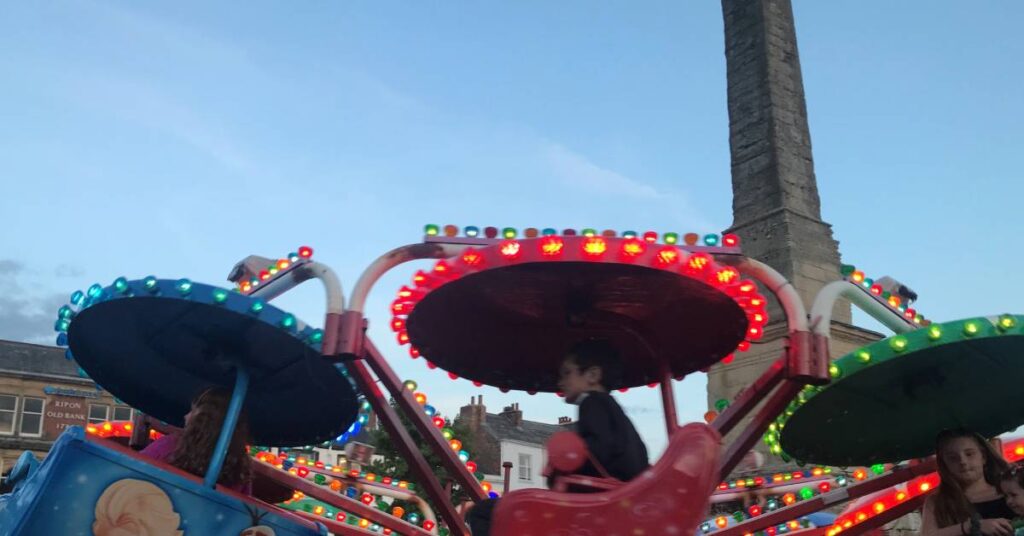 A spin beside the obelisk

Many of the children allowed to stay up late and join family groups on Market Square had, earlier on Saturday, ridden the Thomas the Tank Engine train, climbed the wall or enjoyed the uplifting experience of the Mini Paratrooper ride. 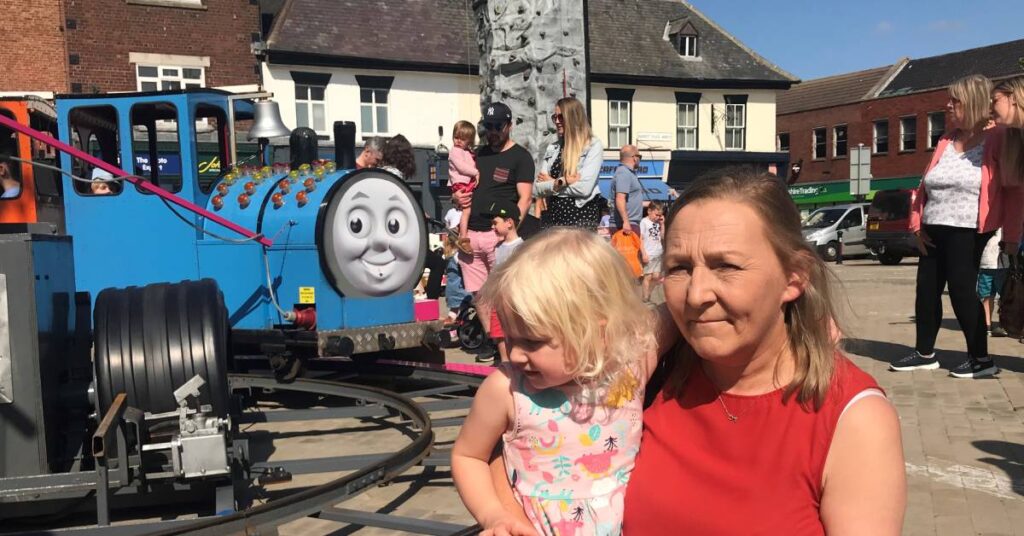 For three-year-old Scarlet, pictured above, with her grandmother Catherine, the train was the ride of choice, while a long line of older children, queued for their attempt at scaling the wall. 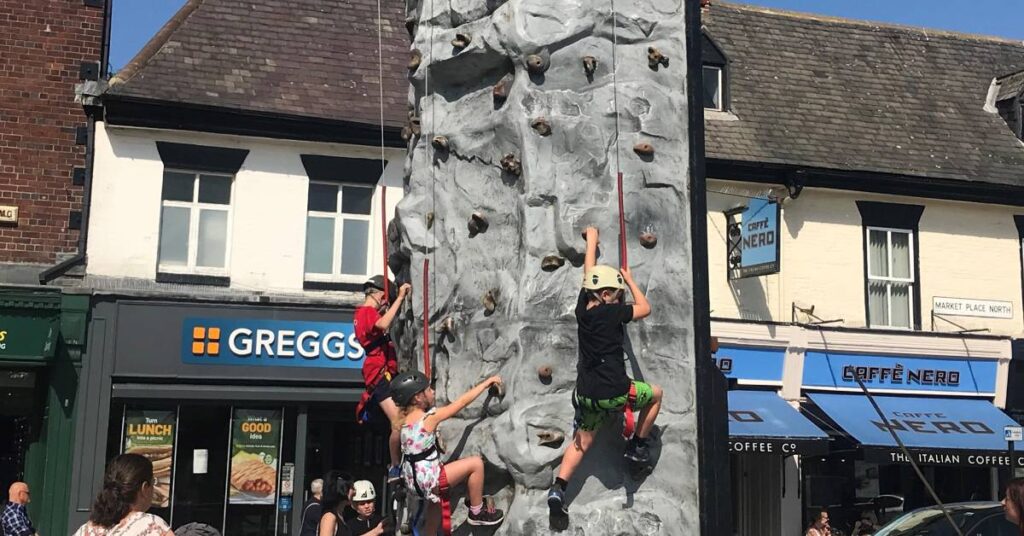 Today, the city’s Bank Holiday of free entertainment continues at Ripon Racecourse, which is holding its last family fun day of the season.

Gates open at 11.15, with complimentary entry for accompanied children to the course enclosure.

Action on the track includes Ripon’s only listed race of the season — the EBF-sponsored Champion Two-Year-Old Trophy.