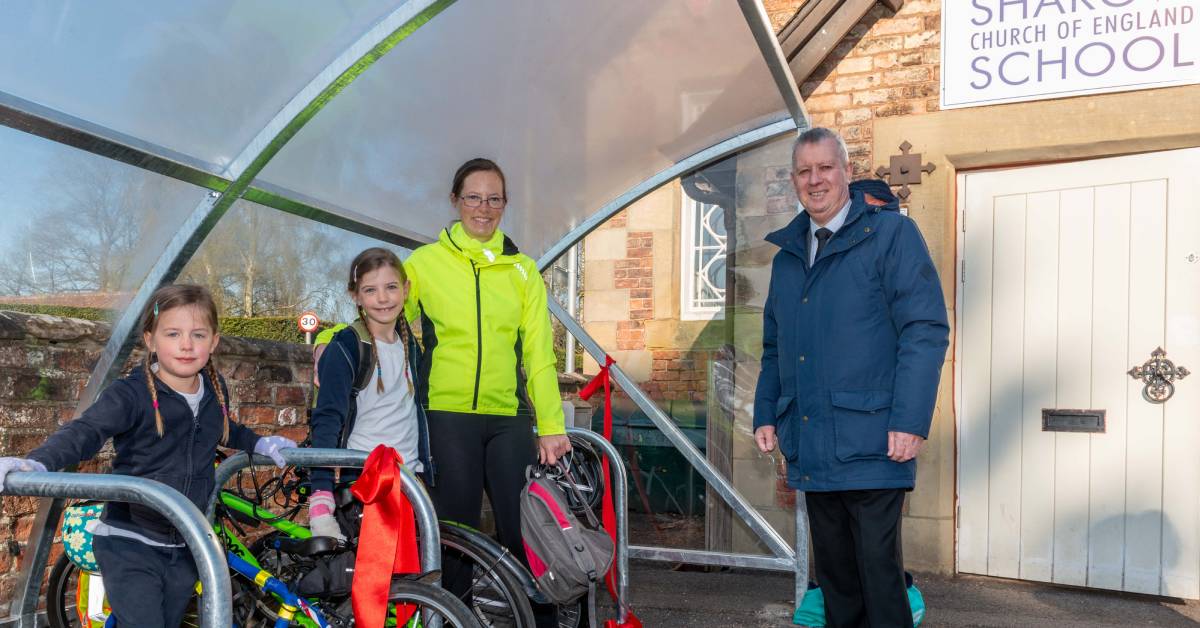 Campaigners in Ripon are calling for safety improvements for cyclists and scooter riders on their school commute.

Pupils at Sharow Church of England Primary School received an incentive to take two wheels or scoot to school when a shelter providing safe storage for bikes and scooters was installed during the Easter holidays.

The shelter was made possible by a £900 grant from the locality budget of Mike Chambers, who represents Ripon Spa on North Yorkshire County Council.

The Conservative councillor cycled to the school for the opening of the shelter, as did Bethan Dailey, her daughters Evelyn (8) Amelie (5)  and cycling campaigners Dr Chris Bennett and Ian Kendall.

Cllr Chambers told the Stray Ferret there was a need to create better cycleways and paths in Ripon to encourage people to leave their cars at home.

“We have got to plan for sustainable transport and I will continue to lobby for safe routes to be created for cyclists and pedestrians.”

Ms Dailey, who started cycling to school with her daughters during the covid lockdown, said:

“The traditional school run is a classic example of a short journey where cycling or walking instead of jumping in the car can reduce traffic levels.

“An easy solution in theory but in practice, there are many barriers to cycling and walking around Ripon safely.” 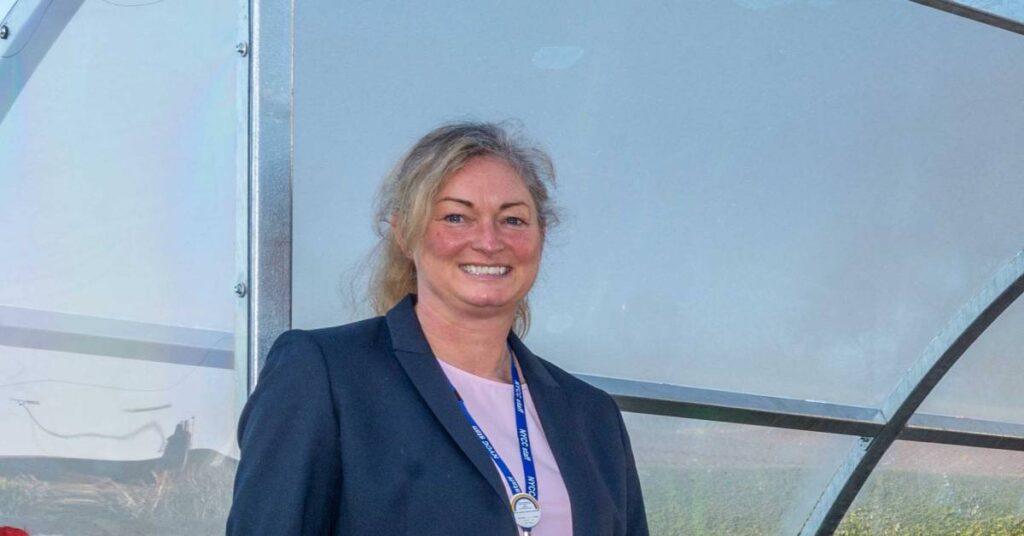 The one mile route from the family home in Ripon to Sharow proved so hazardous it prompted Ms Dailey to write an article for the Harrogate District Cycle Action group website.

In it, she pointed out:

“Ripon has practically no cycling infrastructure… there are virtually no cycle lanes at all, not on-road and not off-road.   If you want to stay safe cycling with kids in Ripon you are forced to use pavements, public footpaths, private lanes and cut-throughs, river walkways and canal tow paths.

“Cycling shorter distances with children is virtually impossible unless you break all the rules and cycle illegally on the pavement… even then, there are many hazards along the route”

Cllr Chambers, responded to the article and arranged for both the pedestrian and cycle track under the A61 bypass and the pavement and road into Sharow to be swept.

“We hope to see increasing numbers of children cycling and scooting to school.  We are taking part in the Sustrans initiative Big Pedal 2021 from next week, and are planning to hold Bikeability courses this term.”