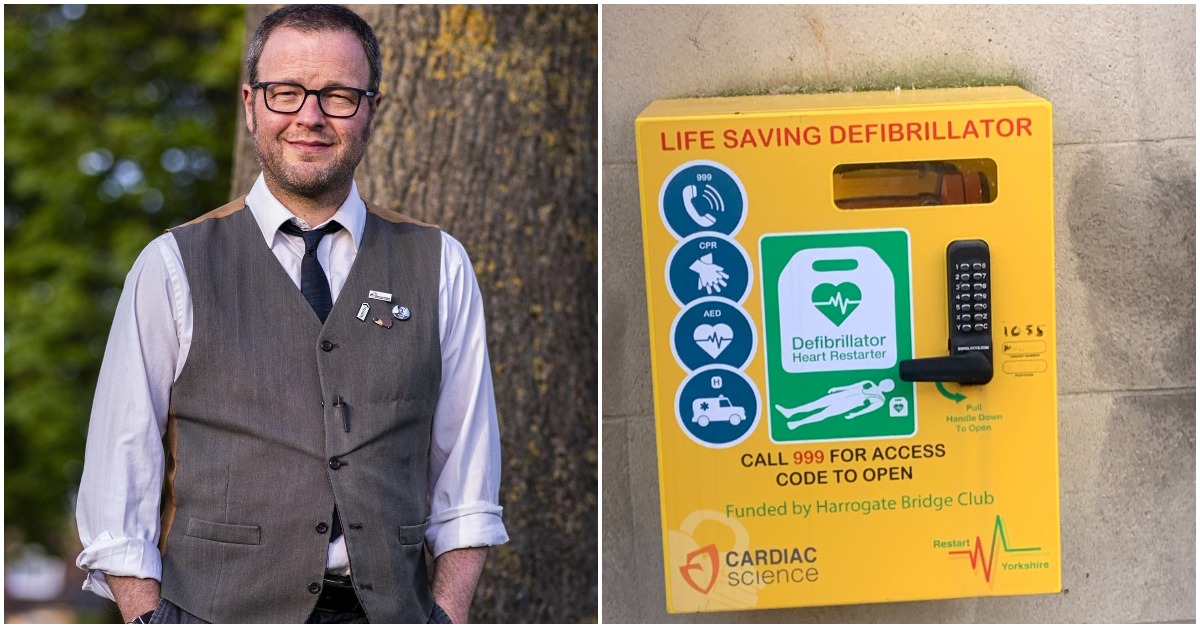 A Harrogate nurse has spoken about how a defibrillator saved a man’s life at a 50th birthday party in Starbeck on Saturday.

Andy Dennis, who works in the intensive care unit at Harrogate District Hospital, was among guests at Harrogate Railway Sports and Social Club.

Mr Dennis was talking to hospital colleagues when he noticed the DJ, Dave Bielby, slumped motionless in his chair.

He went over and could not detect a pulse so he called for help and began administering chest compressions to restart his heart. He said:

Fortunately the club had a defibrillator on site and Mr Dennis, aided by players and other nurses, gave four electric shocks in between further chest compressions. He said:

“After the fourth shock, he started to move and vomited. Then the paramedics arrived and I handed over control to them.”

Mr Dennis said the defibrillator almost certainly saved Mr Bielby’s life because the time it would have taken to get one of two others in Starbeck — at the Prince of Wales pub and the Lloyds Pharmacy — would have cost valuable time.

“It made all the difference. The more these things are available to everyone and people have training in them the better. They really are easy to use.

“It would be great if we could use this tragic but well-ending story to get word out and encourage more people to get trained in using defibrillators.”

Harrogate Railway Athletic FC is now encouraging everyone to sign a petition calling for defibrillators to be installed at all sports grounds.

Peter Scott, a volunteer for Harrogate Community First Responders, which works with Yorkshire Ambulance Service to provide emergency treatment, said every minute lost treating someone when their heart stops reduces their chances of survival by 10%.

He said defibrillators cost between £1,000 and £2,000 and more should be installed around the Harrogate district.

“It’s important people know how easy it is to use defibrillators.

“If you can take the fear out of using them it will save more lives.”

Mr Bielby posted his gratitude to those who helped on the Harrogate Railway Facebook page. He said:

“I died and was brought back to life. Can’t thank the guys enough. Currently in hospital. The road to recovery starts now.”

Mr Dennis is fundraising to raise £200,000 for the medical charity Medecins Sans Frontieres. You can support his efforts here.