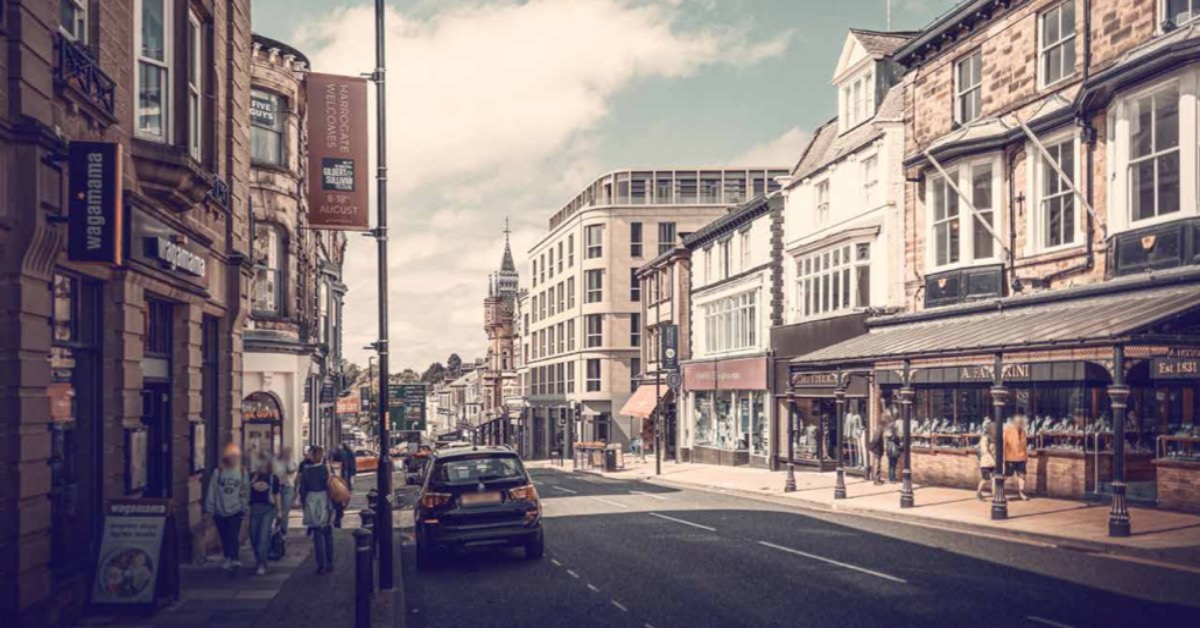 How the site would look.

The site had been a retail unit on Parliament Street for over a century. Before Debenhams, it housed the Buckley’s and Busby’s stores.

However, the building has stood empty since Debenhams closed for good in January this year.

According to documents submitted to Harrogate Borough Council, a five-storey building would be built in its place.

It would include two commercial units on the ground floor and a mixture of one, two and three-bedroom apartments on the upper floors. The apartments would surround a central courtyard which would include plants and seating for residents. 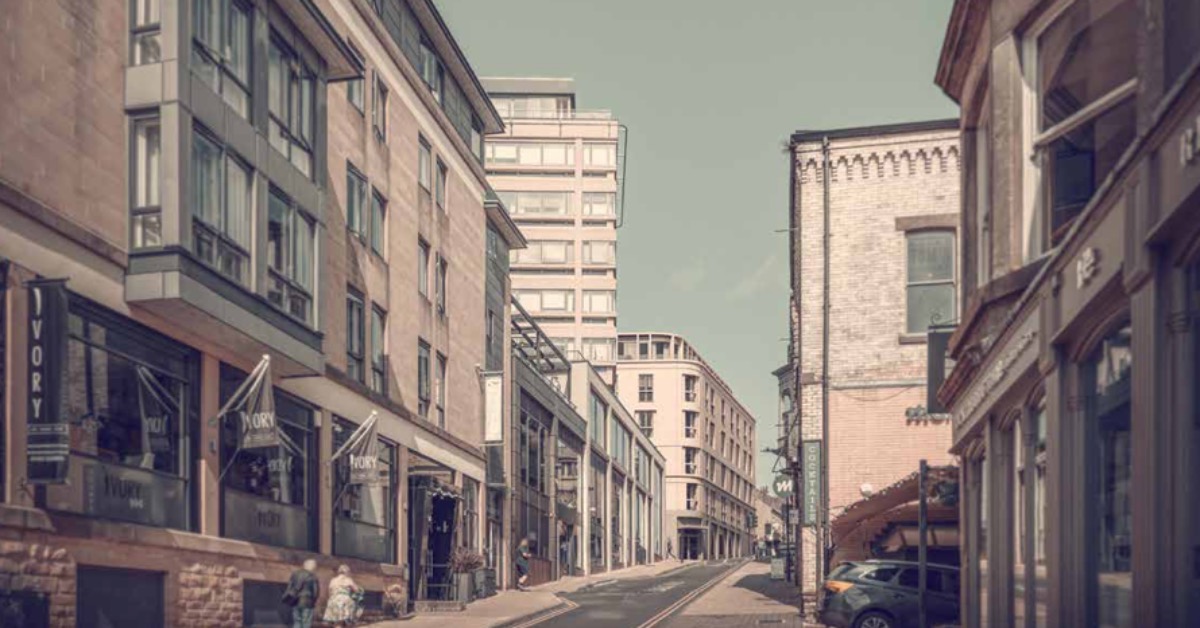 A computer generated image of how the former Debenhams building would look from the Ginnel.

Meanwhile, the basement level of the building will include a 15-space car park with access from Union Street. A cycle store with space for 50 bicycles would also be built.

The developer said in a planning statement that there was “no market” for the building to be reoccupied as a department store.

It added that there was no scope to convert the building into smaller units “due to its internal layout and the age of the building”.

In documents submitted to the council, Stirling Prescient said:

“The proposals as a whole will strengthen the town’s vitality and viability, increasing footfall and contributing to the local economy.

“The proposal represents a sustainable form of development and therefore benefits from the presumption in favour of sustainable development, meaning planning permission should be granted without delay.”

Stuart Holland, chair of Harrogate Civic Society, a group that comments on significant planning applications in the town, told the Stray Ferret previously that members had met with the developer for a presentation on their plans.

He said due to the historical significance of the building, demolition will only be acceptable to the civic society if what replaces it is “of the highest quality”.

Harrogate Borough Council will make a decision on the proposal at a later date.