Puss the cat, who escaped from the Great Yorkshire Show after sneaking into a Scottish farmer’s sheep trailer, was reunited with her tearful and relieved owners this morning.

Farmer David Mitchell and his wife Annette drove 200 miles from East Ayrshire to collect the intrepid moggy who they feared was lost forever.

Mr Mitchell arrived at the showground on Wednesday last week to show sheep. When he opened the trailer, Puss bolted and disappeared. He then had to return to Scotland to tend to his farm.

When news broke that the cat was missing, The Stray Ferret appealed for information to find Puss.

David’s wife Annette even came back to Harrogate last week to look for her but had no success.

Puss found refuge, and food, at a house in the Crimple Valley a few days ago. The cuddly and friendly feline was well looked after during her Harrogate sojourn,

The Mitchells drove south this morning to collect Puss, who was purring on the lap of Helen McCallum, a volunteer at Harrogate Cat Rescue.

When the couple arrived, there were tears and thanks to the people of Harrogate for looking after their treasured family pet.

“It’s just amazing, so it is. It’s a great team of folk down here looking out for other people’s animals.” 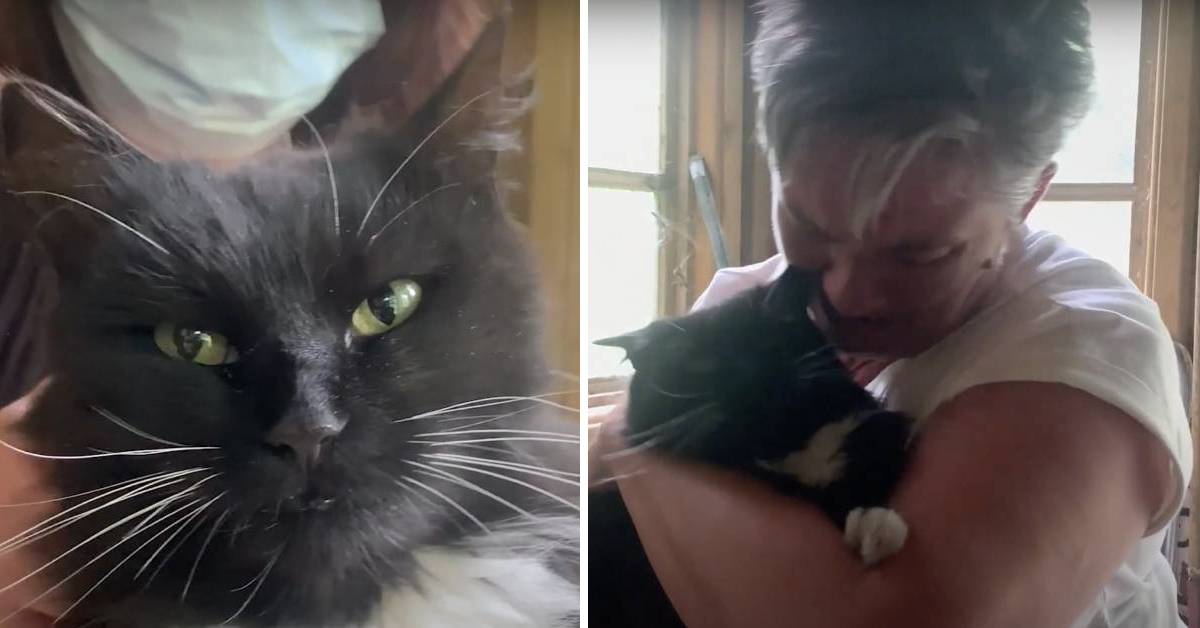