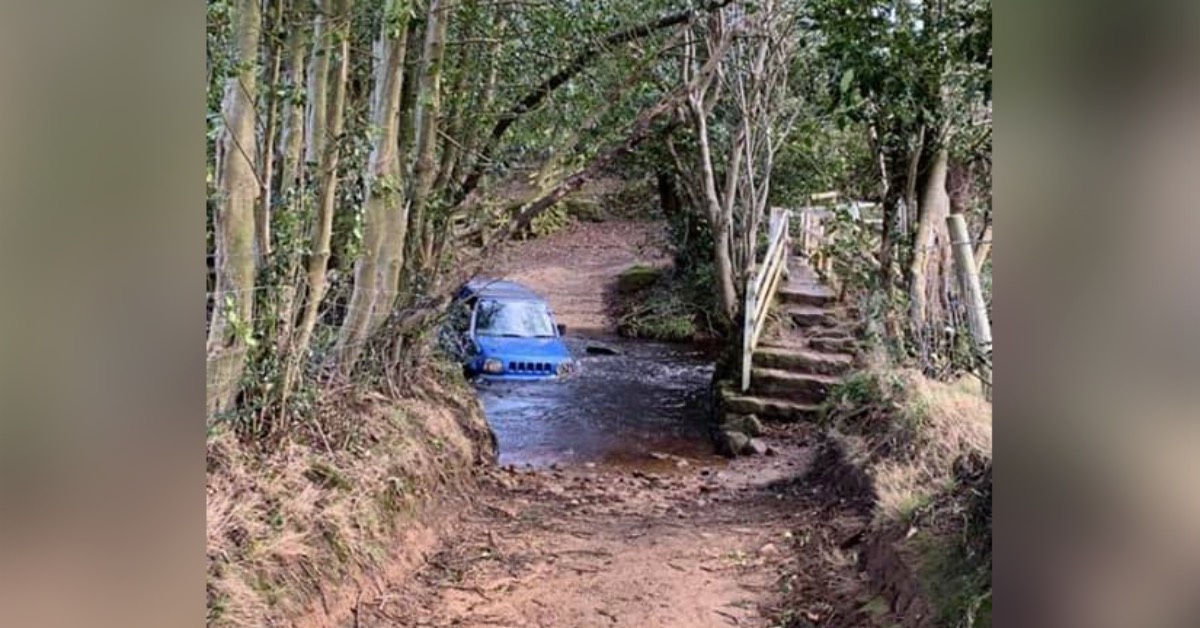 Fire crews from Ripon and Lofthouse rescued two passengers from a car trapped in water in a ford at Dallowgill yesterday.

Emergency services were called when the vehicle got submerged in water half a metre deep at around 11am.

Dallowgill is situated between Ripon, Pateley Bridge and Masham.

According to North Yorkshire Fire and Rescue Service‘s incident log, one passenger had managed to get out of the vehicle by the time firefighters arrived but two others required assistance.

Firefighters then used a winch to lift the car to safety.

Comments on a Facebook group for the area said the car was stuck on Belford Lane in Kirkby Malzeard.

The occupants are believed to be from Leeds and there was some debate over whether the road was either open to traffic or suitable, given the amount of rain.

“Crews rescued two passengers from the vehicle by assisting them to walk to the bank side from their car, which was stuck in water half a metre deep. Crews used a winch to remove the vehicle from the ford.”