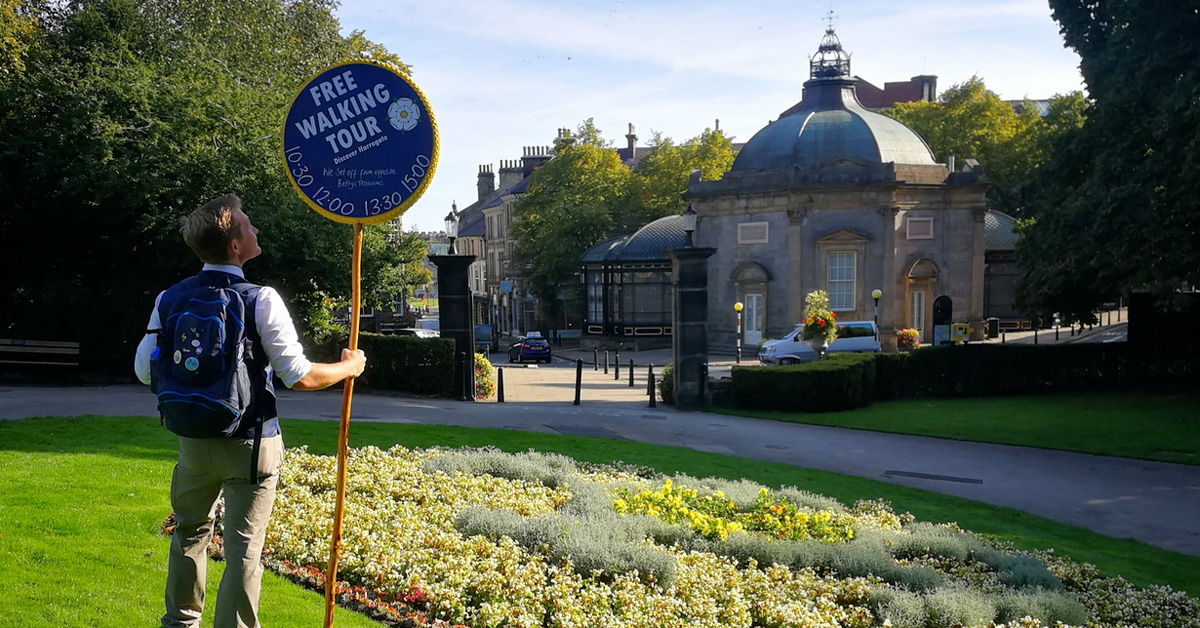 Harry Satloka is bringing back his walking tour after another national lockdown.

Harrogate’s free walking tours are making a comeback with a new focus on the people behind the town.

Free Walking Tour Harrogate will restart on Wednesday next week with a six-person limit per tour. As usual, there will be four tours a day, five days a week.

With a tighter limit on numbers, tour guide Harry Satloka has urged people to book ahead online rather than just turn up to avoid disappointment.

The usual tour will now be accompanied by a new ‘locals tour’, which discusses the lives of Harrogate people.

It will start in the usual place, at the war memorial, but will take people towards High Harrogate instead of Valley Gardens.

This new tour starts at 4.30pm on Wednesdays and Saturdays, including Bank Holidays.

Mr Satloka told the Stray Ferret about his new tour:

“I call it the ‘locals tour for local people’ but, of course, it is open to everyone. It will be more focussed on the people of Harrogate, I want to tell their story.

“It will still be fun but there will be a more sombre element to this tour as it is based around World War One and the Edwardian period.”

The locals tour will tell the story of Walter Ogden, who was the youngest son of Harrogate jeweller James Roberts Ogden.

Walter Ogden was just 19 when he died at the Battle of Cambrai in 1917 in charge of a tank nicknamed Harrogate.

His story was only recently discovered during renovations at the Ogden Harrogate store in 2014.