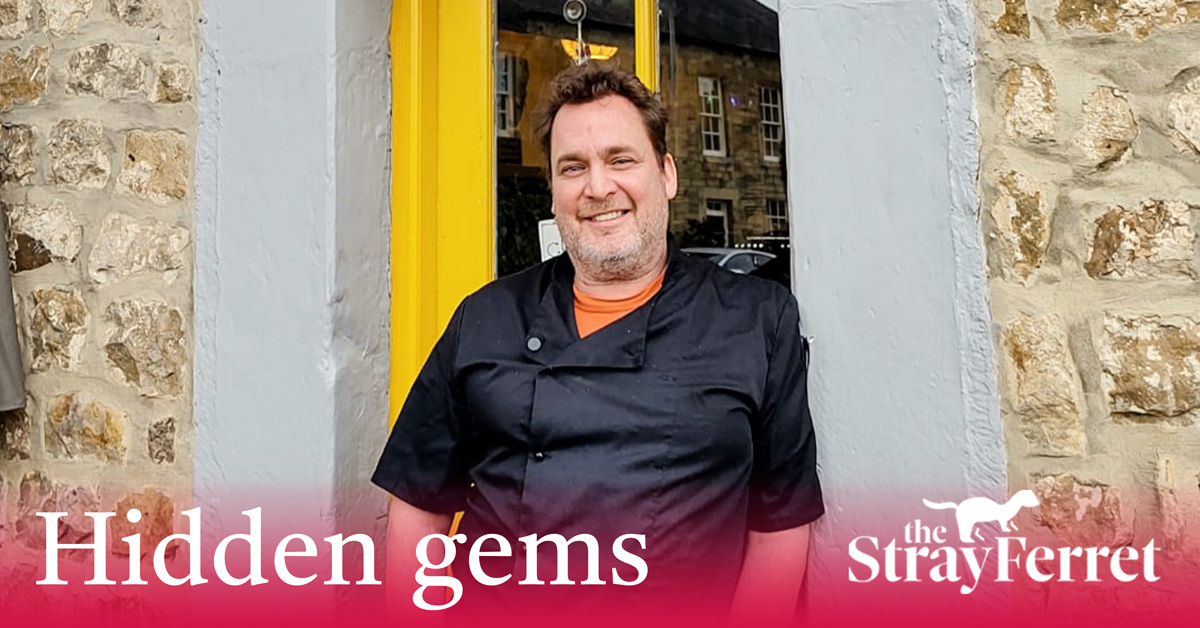 Colin Blair, who is also known as Johnny Baghdad.

Life moves at a slower pace when you live in a picturesque market town like Masham. So a cafe like Johnny Baghdad’s is hard to miss and that’s not just because its painted bright yellow.

On a sunny Saturday morning it seems to be the place to be. Colin Blair, the man behind the cafe, often steps out to grab some fresh produce from town to find queues before he has even opened.

So when it gets to lunch time the place is bustling with cyclists, day trippers, veggies and those looking for something a little different in Masham.

Even the famous Brownlee brothers are known to pop in from time to time while training for triathlons.

Colin, whose middle name really is Johnny, started the Middle Eastern inspired venture as a food truck at festivals inspired by the food and vibe of cafes he found on his travels. 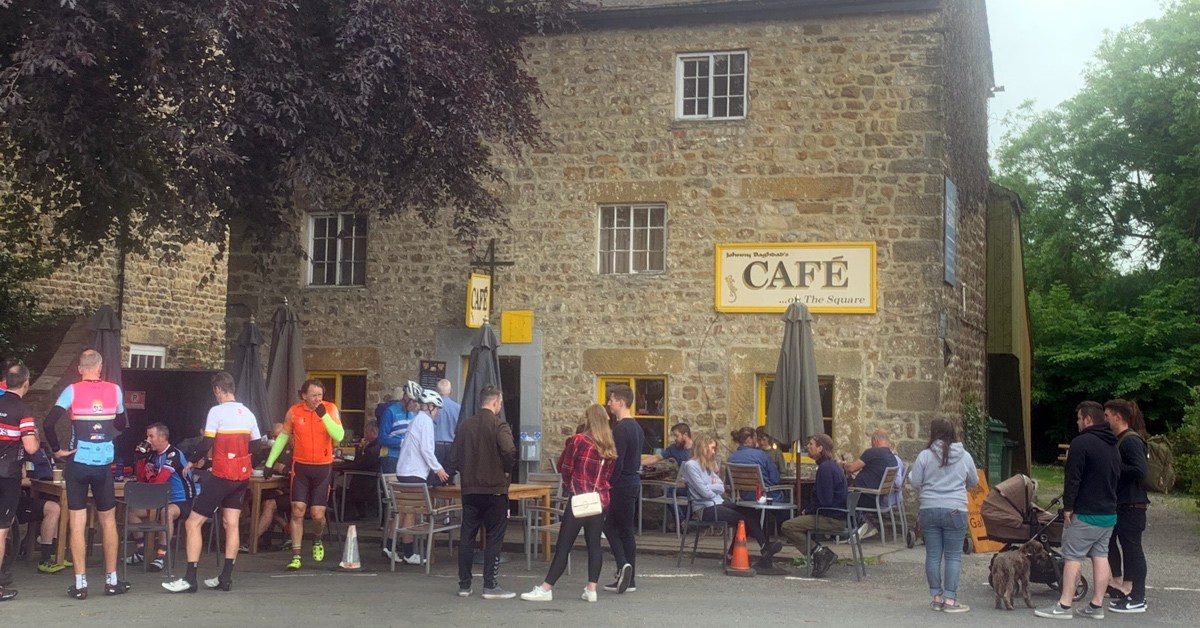 The likes of falafel and shawarma may be more well-known nowadays but 20 years ago his customers, especially when he was in Scotland, were more likely to ask for him for chips instead.

Johnny Baghdad’s may have taken on the vibe of the festival culture where it was born but it doesn’t just serve up food for young vegetarians, it has bacon butties too.

Masham has certainly become more popular in recent years and was recently named in the Sunday Times Best Places to Live. But few place seem to be as busy as Johnny Baghdad’s, so why?

“We have a couple of breweries here, it’s a nice market town so close to the Yorkshire Dales. Masham is also about an hour or so away from some big cities as well.

“I don’t know why it’s so popular but it’s a good chilled vibe here, it’s all a bit different with some really good food. We also get all of our ingredients from the local area.” 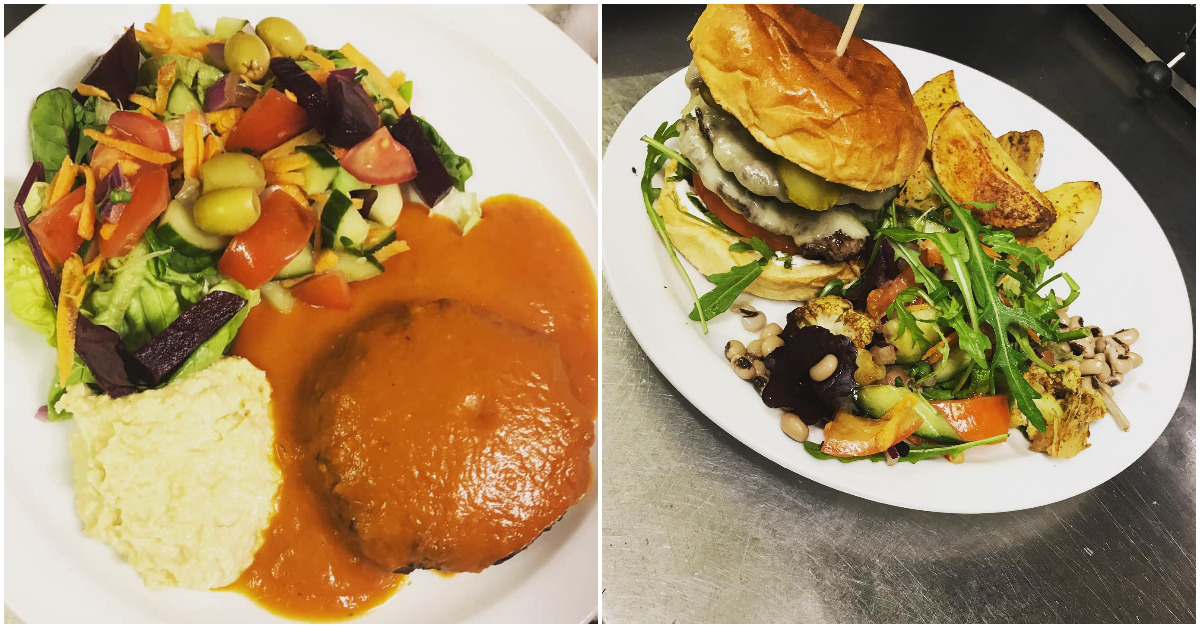 As if to prove a point, he stops here reminded by the point that he needs to send someone to pick up some bacon from Roger’s butchers shop around the corner.

“I do get asked a lot about the name. We were just sat chatting over a few beers and I just kind of became Johnny Baghdad. My mate was Terry Aviv.

“It was just a bit of banter with the customers but it just kind of stuck. People often call me Johnny even to this day. It is my middle name to be fair.

“There were cafes like this when I was in Europe. I also did a lot of travelling when I was younger, it all opened my eyes really.”