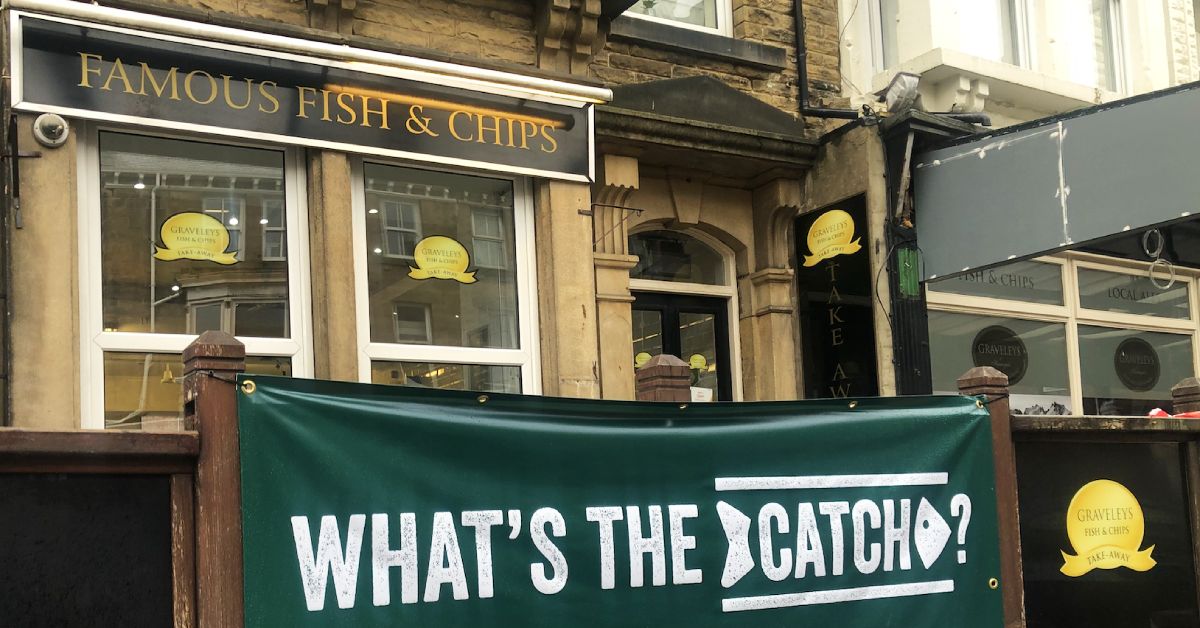 Customers can expect a broader menu under the new owners.

Famous Harrogate fish and chip restaurant Graveley’s is to re-open under its new name Catch in a fortnight.

The business was sold two years ago to Harrogate-based Catch Seafood, which owns four other fish and chip restaurants in Yorkshire.

The site on Cheltenham Parade has undergone a £250,000 transformation during lockdown, and will open as a takeaway on April 19.

The restaurant is due to open in May in line with government restrictions.

A press release by Catch today said the kitchen had been upgraded and the menu would be broadened.

“A new bar area has also been incorporated into the refitted restaurant, which will serve a range of draught products, delicious cocktails and fantastic wines.

“Exclusive to Catch Harrogate is a champagne and oyster bar for diners to enjoy.”

“Graveley’s has been a part of the local community for a long time, and we’re excited to welcome these loyal customers to Catch, as well as some new faces, when we reopen.”

The company, which describes itself as ‘a casual seafood dining experience built on family values’, is owned by three Yorkshire-based entrepreneurs — Patrick Allen, Andrew Bartle and Philip Rushfirth.