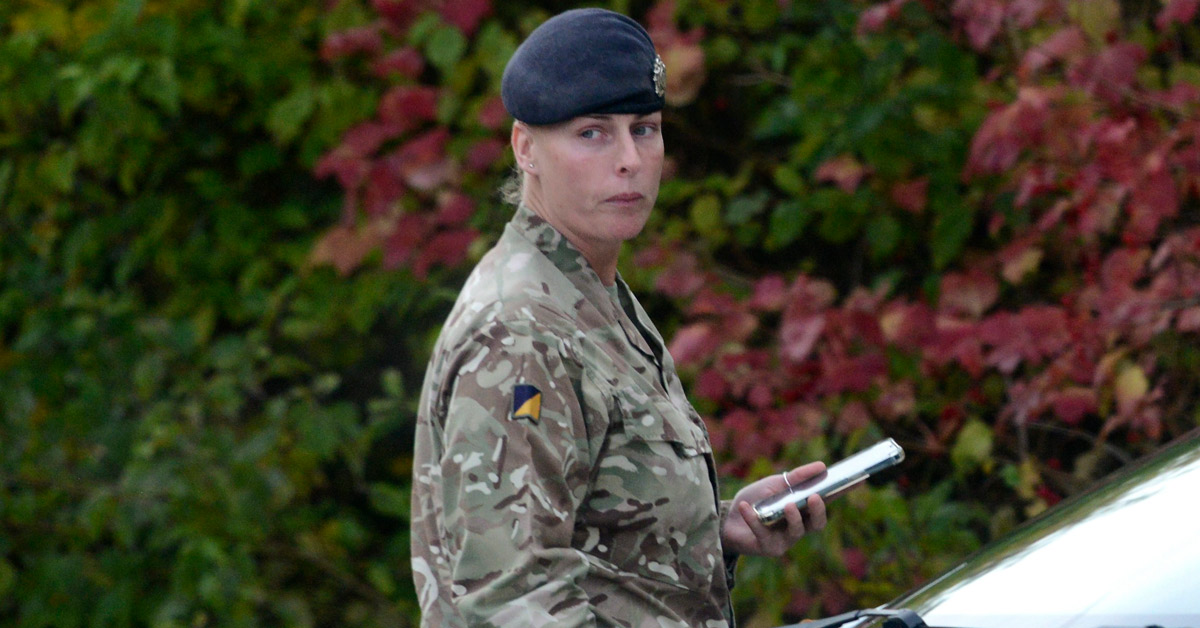 A British Army instructor who told junior recruits at Harrogate’s Army Foundation College “you’re mine now, bitches” has been demoted after being convicted of punching teenage soldiers.

Corporal Kimberley Hey worked as part of the directing staff at the college on Penny Pot Lane, where junior soldiers undergo training for six months, split into three terms of around six weeks.

Following a court martial, Corporal Hey was found to have hit one 16-year-old in the stomach on his first day of training and delivered a similar blow to another recruit because he had ‘smirked’ at her.

Reducing the 34-year-old in rank to Lance Corporal, Judge Advocate Alistair McGrigor told her that although the punches were at a ‘low level’ she had ‘abused’ her relationship with the recruits and her acts had the potential to ‘erode public trust’ in the armed forces’ training. 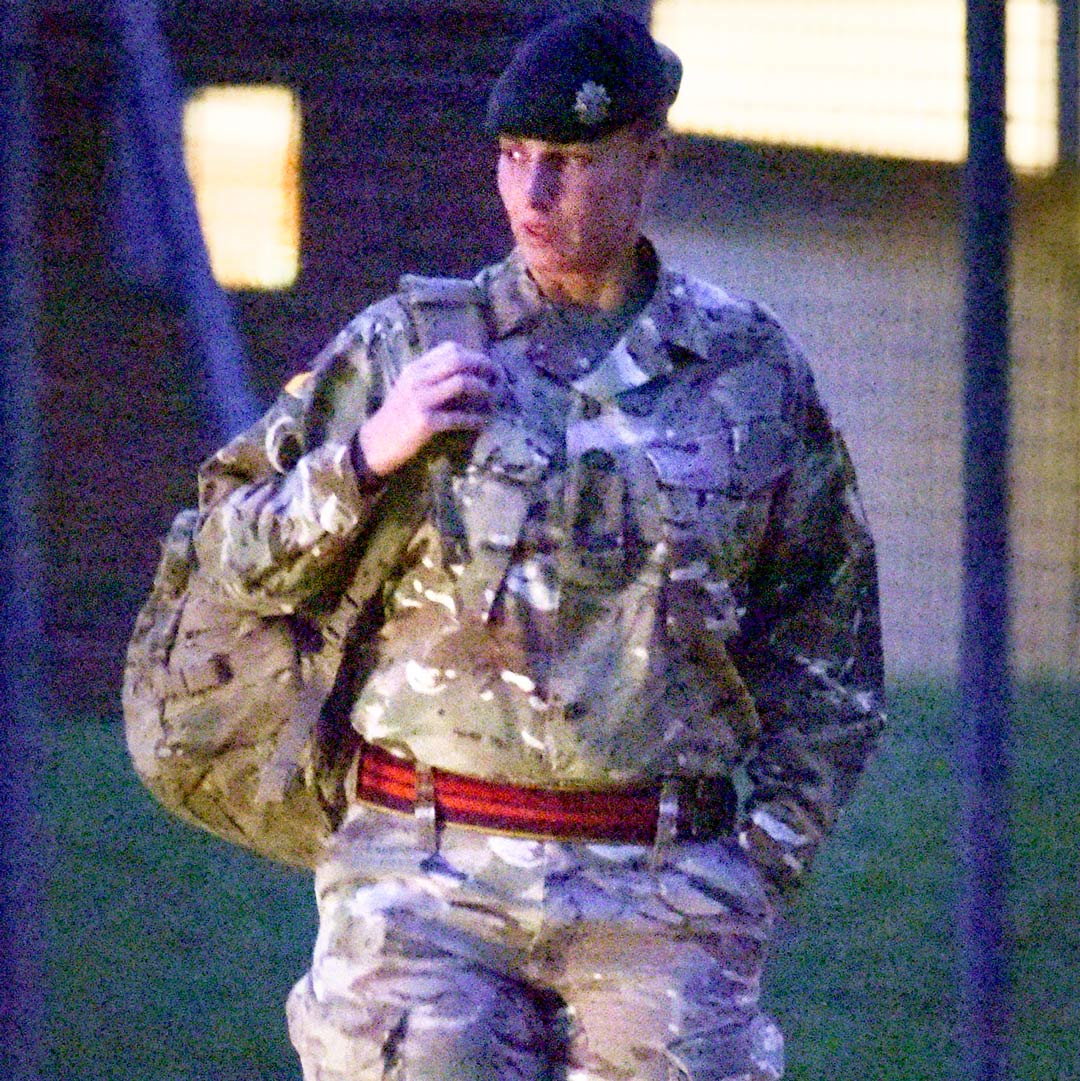 “You were a very experienced instructor in charge of junior soldiers.

“You had the interests of the junior soldiers at heart but this was an abuse of your relationship.

“It’s an extremely bad example to give young, impressionable soldiers at the start of their army life. Such behaviour had the potential to erode public confidence in training young soldiers.

“You have forfeited your rank by such behaviour.”

Cpl Hey, who has served in the armed forces for 18 years, had denied the charges, insisting her actions only amounted to ‘mutual flicking’ that was part of ‘bonding’ with the soldiers.

But she was found guilty during a three-day trial at Bulford Military Court, Wilts, of two counts of battery relating to junior recruits Craftsman Joseph Wiggin and Craftsman Jonathan Bryan. 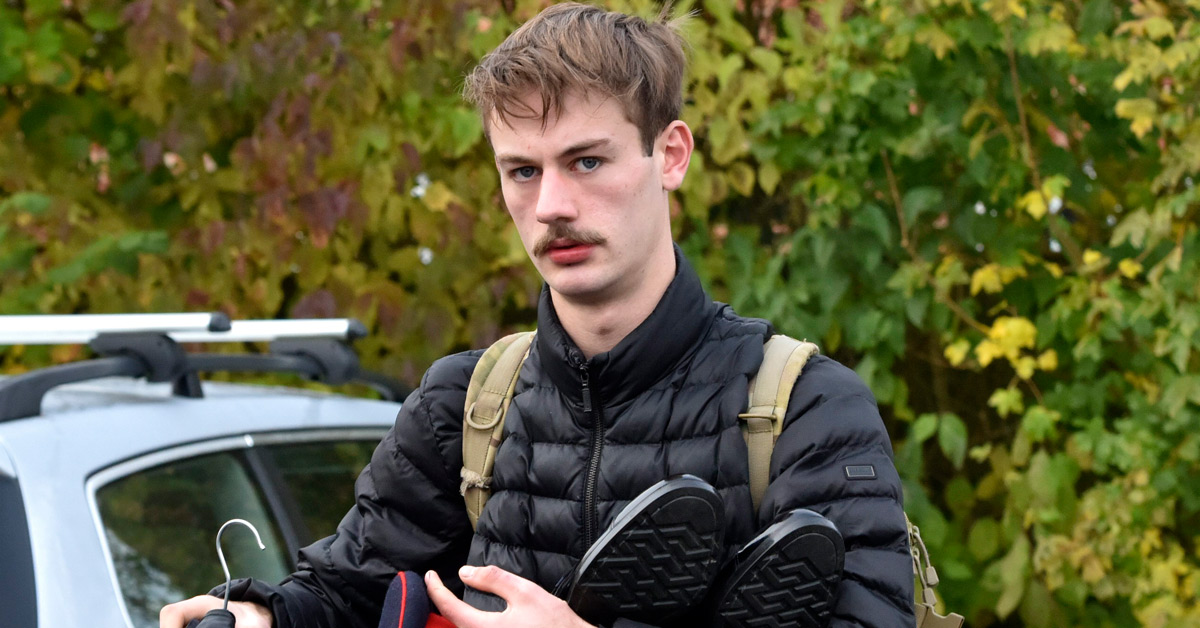 She was acquitted of six other charges of battery relating to three other soldiers including allegations that she had punched recruits for failing in tests.

Signaller Hannah Harwood, who gave evidence via video link from the Falkland Islands, spoke of multiple incidents on ‘the company line’ — a line running down a corridor at the base along which recruits would line up. She said:

“Cpl Hey addressed the platoon at the beginning of the first term, when we first arrived.

“She said something along the lines of, ‘You’re mine now, bitches’.

“At the start of the second term Cpl Hey addressed the platoon again. She asked us, ‘Who thinks they’re hardest?’.

“Three people put their hands up and Cpl Hey punched them all in the stomach.”

Craftsman Wiggin told the court Cpl Hey had punched ‘everyone in the platoon’ on their first day in training, when he was just 16 years old.

“The platoon was called onto the line on the first day of training.

“Our section was on the line and we were all punched. There was no malice behind it – it was more of a sort of bonding thing.

“My arms were behind my back as we were all at ease. She didn’t say anything or give any reason, and I didn’t know she was going to punch me. 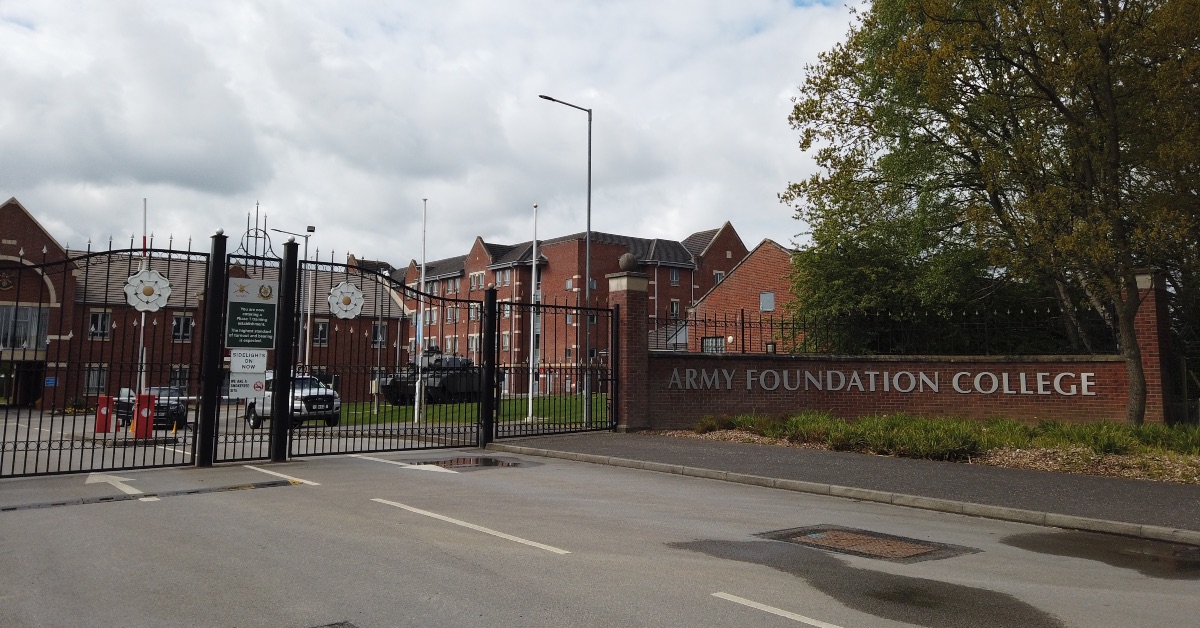 The Army Foundation College in Harrogate.

“Cpl Hey gave me a jab in the stomach on one occasion.

“The whole platoon were on the line. I was smirking at the time and she jabbed me in the stomach.

“I slightly anticipated it because she would do it as a joke with a few from her section.

“Cpl Hey was a good DS; she was strict but fair. She treated us more like friends and joked around with us.”

“You punched Private [Joseph] Wiggin on his first day as he stood in line with his whole platoon.

“Later you punched Private [Jonathan] Bryan because he smirked at you. The court rejected that this was ‘mutual flicking’ as you said.

“We do, however, accept that these punches were at the very low level.”