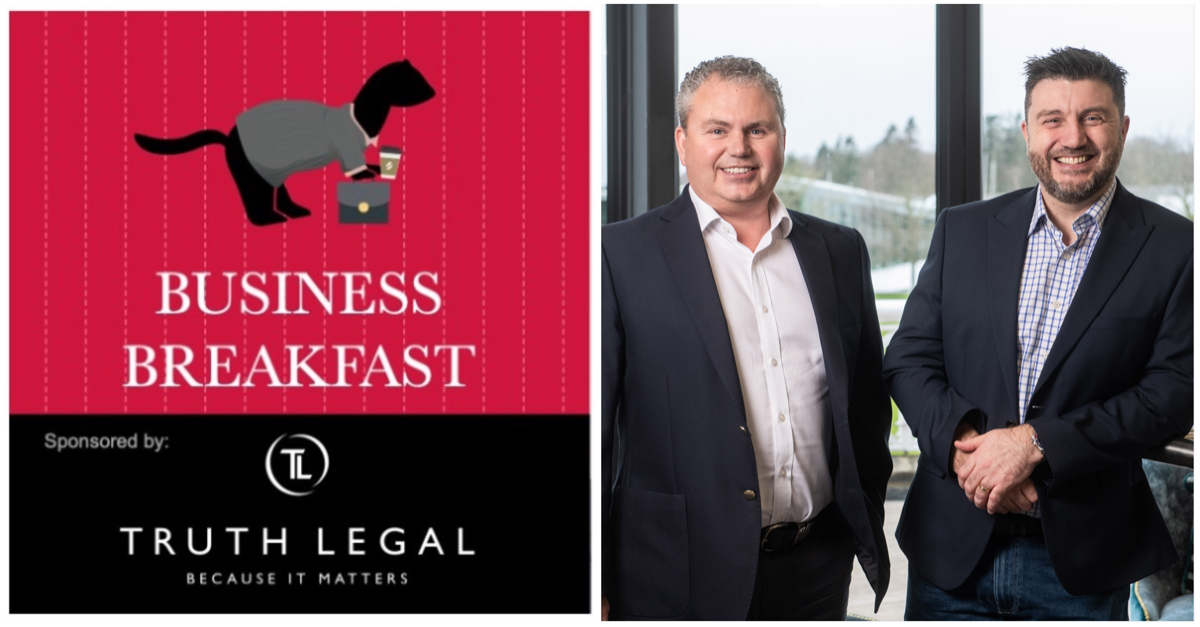 Martin and Gavin Rae, the CEO and CSO of Cloud Nine.

Well-known hair tool brand, Cloud Nine, is based in Harrogate and has this week reported a rise in turnover of more than a third.

The firm, based at Hornbeam Park, said turnover increased by more than a third to £35.7m for the year ending December 2021.

It also posted an operating profit of £9.9m, a 39 per cent increase on the previous 12 months.

The company employs more than 60 members of staff at its Harrogate headquarters and said the growth was due to significant growth in Australia, new product launches, and global exposure from its Love Island sponsorship deal.

“This is a very pleasing set of results, which cements our position as one of the world’s leading sellers of hair styling and beauty products.

“Our Australian business, which grew by over 100 per cent on the previous year, plus the launch of several new products has lifted our turnover and profitability. Over the last few years our online growth has been huge, and this remains a major focus area of our business today.”

The next The Northern Affinity monthly event is being held in Harrogate for first time at the new Wizu Workspace  this Friday.

The Northern Affinity describes itself as “a partnership of SMEs and businesses in the North of England who collaborate with shared values and beliefs”.

There are a few places left for guests . The event starts at 9am.

The new unitary authority could be saddled with £50m debt when it comes into existence on April 1 due to deficits it will inherit from district councils and high inflation. https://buff.ly/3HK6PAq