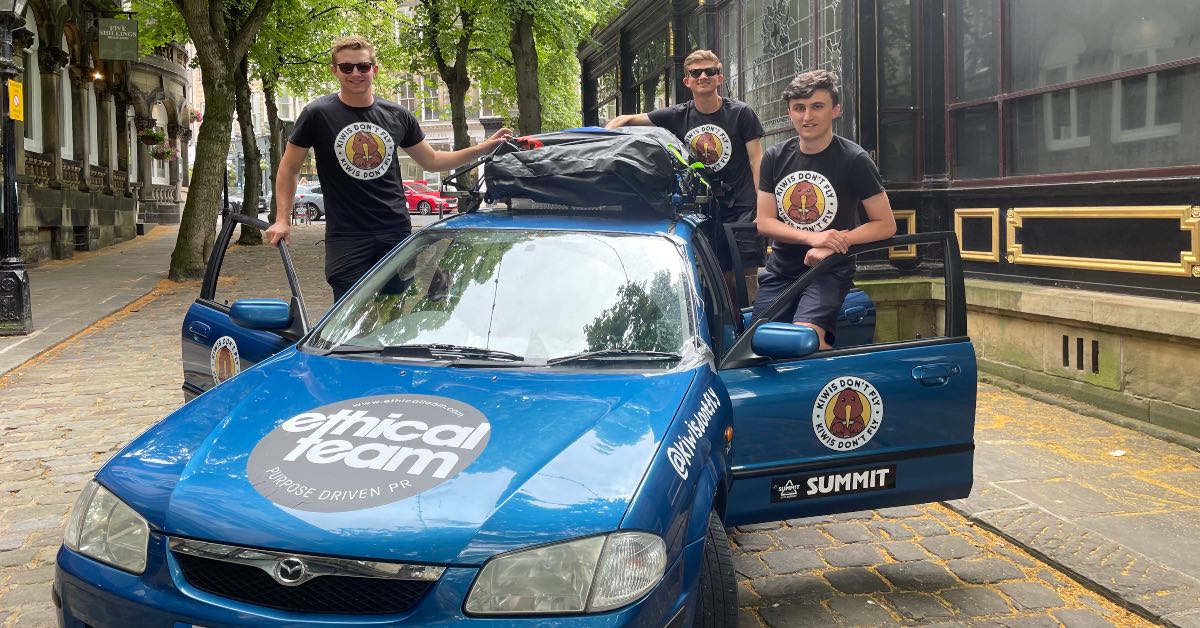 The three men pictured outside the Pump Rooms, who are embarking on a 15,000 mile trek to India.

A Harrogate business is backing three men who are embarking on a 15,000 mile trek in aid of Ukraine.

Daniel Patton, 22, Joe Fisher, 23 and Callum Kitson, 22, who are from New Zealand but have Harrogate connections, are driving from Orkney Isles in Scotland to India in a small hatchback car.

The journey forms part of the Mongol Rally, which challenges drivers to take a 1.3 litre vehicle on a trek in aid of charity.

The trio, who call themselves The Kiwis Don’t Fly Rally Team, are raising money for the DEC Ukraine appeal.

They stopped at the Royal Pump Room Museum in Harrogate on Tuesday as part of the first phase of their journey.

Ethical Team, a PR company based at the Grosvenor Buildings on Crescent Road, has backed the effort.

“It’s incredible how the plight of Ukraine has garnered support from young people all around the world.

“It’s inspiring how ‘Kiwis Don’t Fly’ want to do everything in their power to make a difference and show solidarity with Ukrainians in such difficult times.”

The men said they were embarking on the mammoth trek to raise money amid the Ukraine war.

“We have dedicated over two years of research to this adventure, and when the opportunity came up to participate in an expedition organised by The Adventurists along the way we couldn’t say no.

“We happen to think our charity of choice is a pretty special too.”

The first leg of their journey will see the trio head from John o’ Groats to Georgia.

After this, they will navigate south on their own from Georgia through Azerbaijan, Iran, and Pakistan to reach their destination in the south of India.

You can donate to the trio at their JustGiving page here.