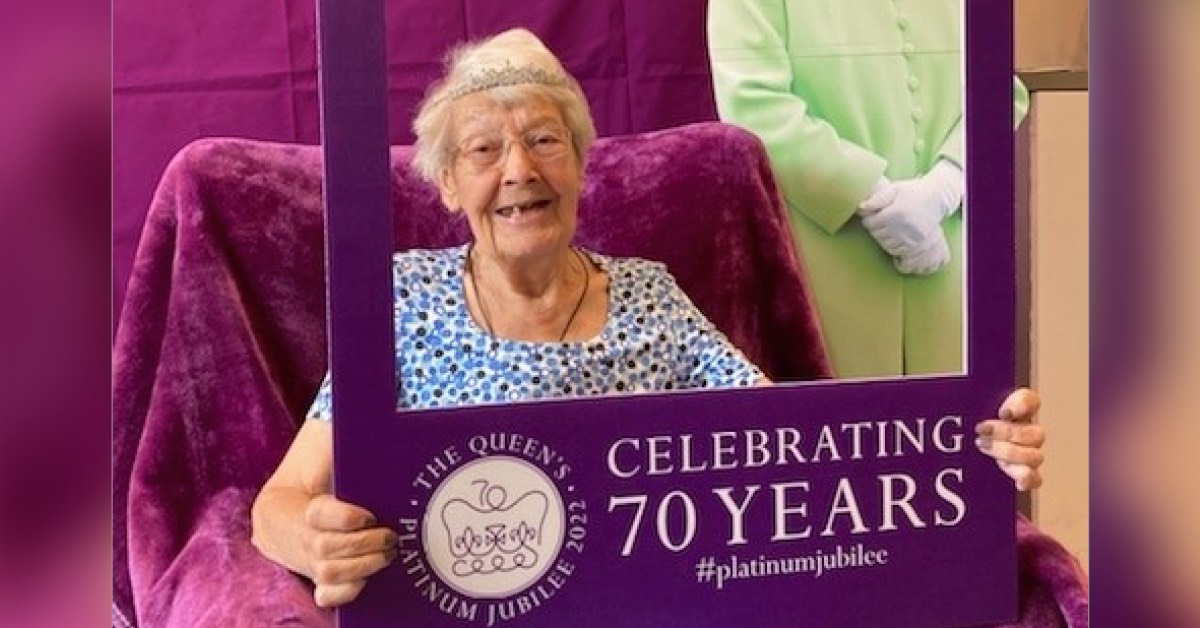 Do you have time to send a birthday card for soon to be 100-year-old Olive Pope? The Harrogate care home where she lives is calling on local people to send cards to this “one of a kind” woman.

Olive has lived at Southlands Bupa care home, on Ripon Road, since February and will turn 100 on Friday next week.

Staff hope to surprise her with 100 birthday cards from the local community to make it a day to remember.

Olive’s big day will also include afternoon tea from Bettys.

Asked for the secret of reaching this milestone, Olive said:

“Look after yourself. The occasional white wine is the start of looking after yourself, and simple soap and water goes a long way for the skin.”

Olive was born in Leeds and went to Roundhay High School but had to leave at 14 when her mum died so she could care for her dad and sister, Maggie.

After learning typewriting, Olive joined the civil service and cycled from Leeds to Harrogate each day. She later moved to Harrogate during the Second World War and lived with evacuees from London.

She recalls how they paid one guinea a week to stay there and they were fondly nicknamed “the guinea pigs”. She was very envious of her sister, Maggie, who was in the land army, as Olive had the less glamorous job of paying families’ soldiers allowances, also known as the death claim benefits.

Olive married Illtyd Les Pope in 1943 and has two daughters. She now enjoys gardening and seeing her four grandchildren and 10 great grandchildren.

One of her daughters, Mary, lives in Harrogate while another of her granddaughters, Thea, is set to move to the town which Olive is very excited about. Her other relatives live far away in New Zealand and Nova Scotia.

Olive’s husband has now died, as her sister who was also a resident at Southlands.

“Olive is a treasure. She is a truly lovely lady who is kind and polite, we love having her here at Southlands. We are very proud and excited to be celebrating her milestone birthday and hope to receive lots of birthday cards to surprise her with.”