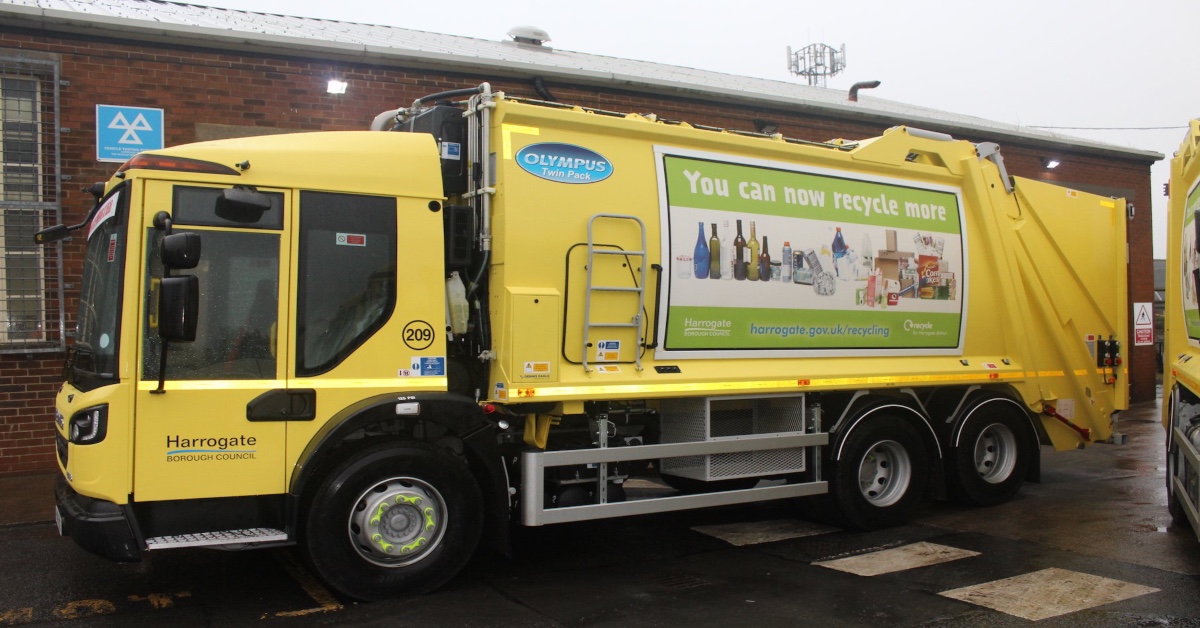 Harrogate Borough Council has announced it will trial the use of wheelie bins for recycling, just days after appearing to pour cold water on the idea.

Recent articles by the Stray Ferret have highlighted concerns by residents about the amount of recycling left out for collection blown across streets.

They prompted many people to call on the council to introduce wheelie bins with lids.

However, a spokesperson for the council suggested this month it might not be possible. They said wheelie bins could lead to “higher contamination rates”, adding:

“Another challenge we would need to overcome is the wagons used for collection. At the moment they cater for black boxes so any change would require adaptation of the fleet.”

Last week, The Stray Ferret published a video that appeared to contradict the council’s claim.

The video showed council workers emptying recycling from black boxes into garden waste wheelie bins and then into the refuse trucks.

After showing the footage to the council, a spokesperson said it had 10 bin lorries and only two could operate wheelie bins.

This photo posted on Facebook by Christina Clarkson highlighted the problem.

Following this article, a source contacted the Stray Ferret to say the council was introducing 7,000 recycling wheelie bins in unspecified pilot areas across the district and was unsure why the council was not being upfront about this.

This was confirmed yesterday by David Houlgate, branch secretary of the public sector trade union Unison, who said the move was “long overdue”.

Mr Houlgate said wheelie bins would be introduced for tins, cans, glass and plastic. Paper and card would still be collected in blue bags.

The Stray Ferret asked the council about this yesterday. The council did not reply but instead released a statement on social media today saying “we will be launching a trial scheme to replace black recycling boxes with wheelie bins” this year. It said:

“For some time we’ve been looking at how we could improve our kerbside scheme. We’ll be trialling the wheelie bins in certain areas with different types of properties, areas of high recycling rates, and will use the data to influence an approach later in the year.pilots are underway.”

The full statement is below.

We know you are increasingly conscious of the environment and have been recycling more year on year.

Later in the year (date to be confirmed) we will be launching a trial scheme to replace black recycling boxes with wheelie bins.

Find out more below… ⬇️ pic.twitter.com/qGBxAjcLnI