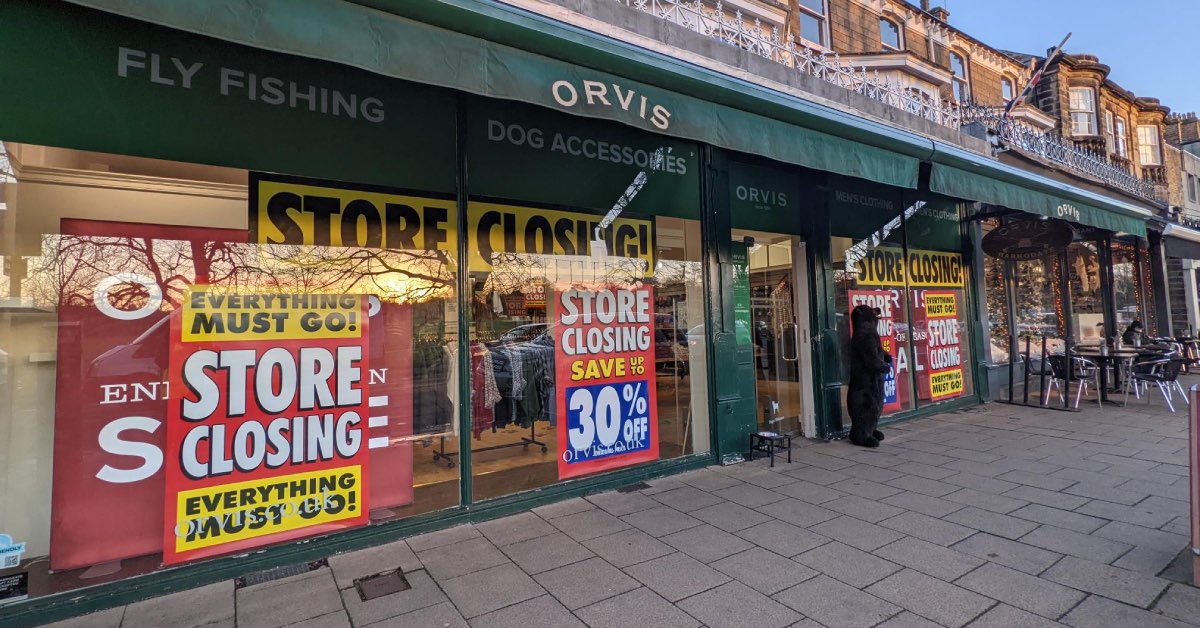 Harrogate country sports shop Orvis is set to close as part of a major restructure of the business.

Orvis, which sells clothes for men and women, fly-fishing gear, dog accessories and walking items. has had a store in Harrogate for about 25 years. It was on Parliament Street before moving to its current site on West Park, which is currently operating a closing down sale.

The US-owned company confirmed that the Harrogate store, which has about eight members of staff, will remain open until the end of March.

Orvis has 18 shops in the UK and it is believed all but one, at Stockbridge near Reading, will close.

The company will re-focus on online sales, particularly fly-fishing equipment.

Orvis was founded in Vermont in 1856 by Charles F Orvis.

This new Harrogate cafe wants to draw in a crowd with great food and drinks so it can open up their minds about people with disabilities.