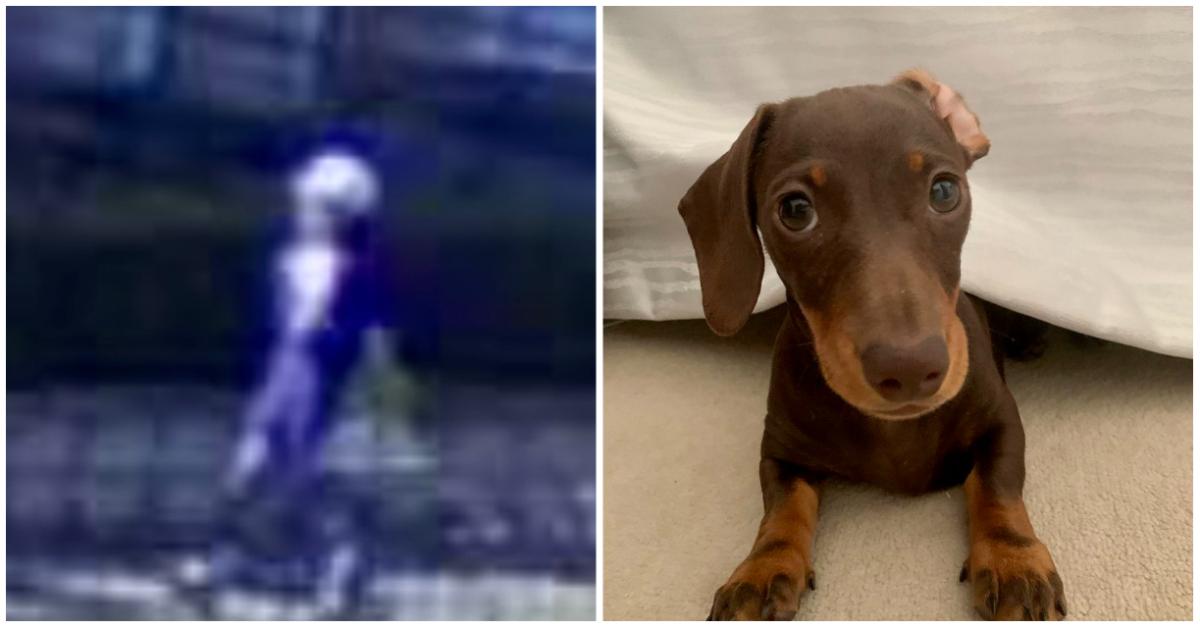 The grainy image of the woman caught on CCTV and Maggie

UPDATE: since publishing this story we are happy to report that Maggie has been found and reunited with her very relieved owners Paul and Laurie Smith

Harrogate couple Paul and Laurie Smith have told the Stray Ferret how their miniature Dachshund was taken from their front garden yesterday morning.

Maggie, who is only 17 weeks old, was with Paul in the back garden of the home on Swan Road when she was coaxed down the drive at the side of the house to the front garden by a woman who then picked her up and stole her.

The couple say the incident was caught on a neighbour’s CCTV but the images are grainy and they are now trying to get them enhanced.

“We watched the woman come to the house, she comes to the drive and encourages the dog towards her.

“As soon as Maggie gets within arms length she picks her up, puts her under her right arm and sets off rapidly towards Valley Gardens.

“The was no hesitation, it is a very deliberate act.”

The couple are now frantic to find Maggie and have reported her theft to the police.  They’ve put up posters in the area and published the images of the woman on social media. Maggie is chipped, which has been alerted.

“It made me sick when we saw the CCTV, it’s absolutely desperate.  We don’t know where to look. She’s so friendly and socialised. She must be so frightened.” 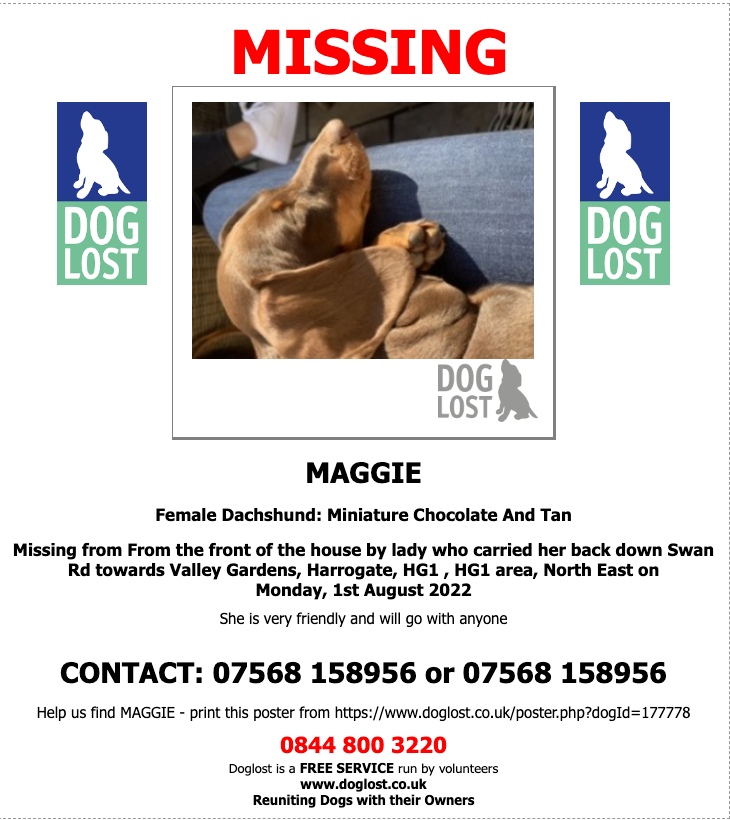