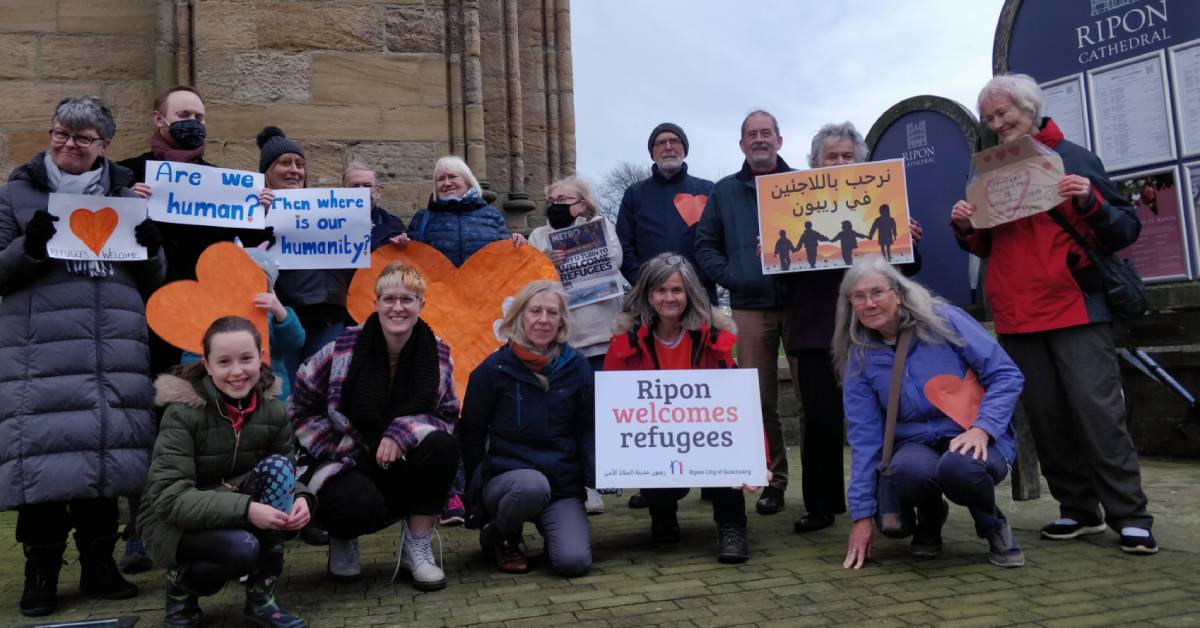 Volunteers from charities that support refugees in the Harrogate district held a demonstration on Saturday afternoon to oppose what they describe as a “cruel” government immigration bill.

Harrogate District of Sanctuary and Ripon City of Sanctuary met outside Ripon Cathedral with placards and banners.

They oppose the government’s nationality and borders bill, which was debated in Parliament last week. The bill will make it a criminal offence to knowingly arrive in the UK without permission to be here.

The government says the bill will “send a clear message to migrants” thinking about making the “dangerous and illegal” journey.

The BBC has reported that more than 23,000 people have made the crossing from France to the UK by boat so far this year.

However, Nicola David, from Ripon City of Sanctuary, said the bill will criminalise people fleeing persecution and violence in their home countries.

“We came together in unity.

“We feel the general public doesn’t know about the bill. Many people are horrified.

“What the government is doing is closing down the ability to come to the UK by asylum and only through resettlement schemes.”

The bill would also allow the government to place asylum seekers in countries outside of the UK while they wait for a decision.

“It will prioritise those in most need of protection while stopping the abuse of the system.”