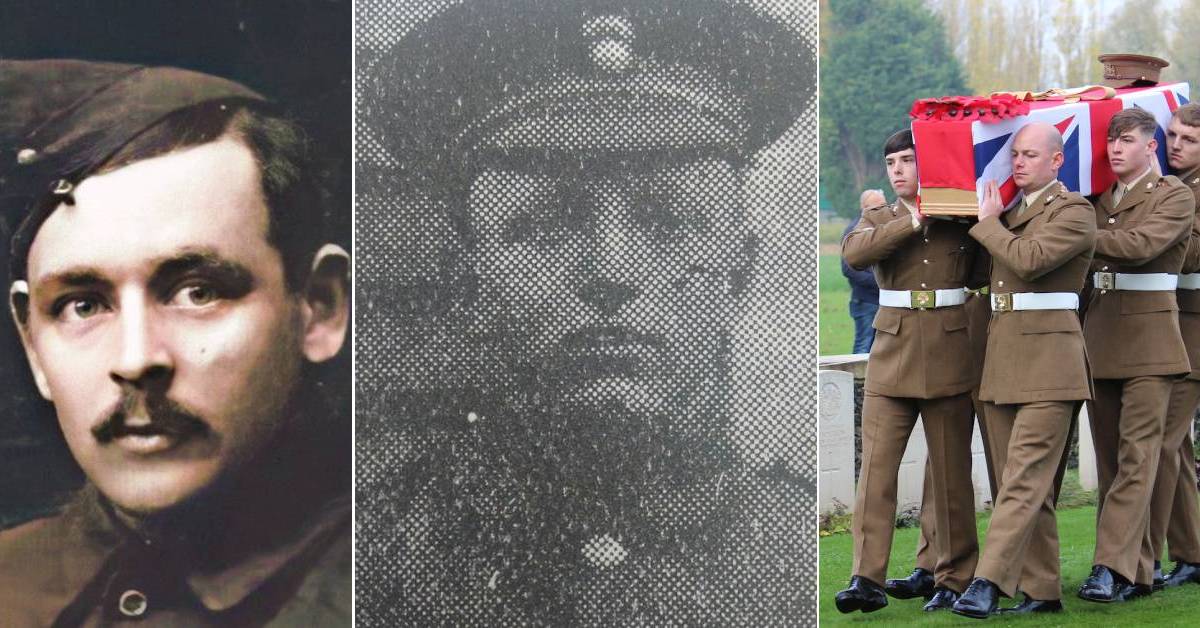 Two Harrogate district soldiers killed during World War One have finally been laid to rest today with full military honours.

Their bodies were among nine sets of human remains found during civil engineering works in the Belgium town of Beselare three years ago.

Archaeologists from the Flanders Heritage Agency subsequently discovered the remains of the trench, a bomb pit and a separate bomb pit outside the trench.

Eight of the nine bodies found inside the trench are believed to have died at the same time as the result of an explosion in October 1917. The ninth was found separately.

Through a combination of military research, anthropology and DNA, Ministry of Defence ‘war detectives’ managed to identify seven of the nine soldiers by name.

An eighth casualty, who remains unknown, is believed to have served with the same regiment (11th Battalion, Northumberland Fusiliers) whilst the ninth and final casualty is unknown by name or regiment. 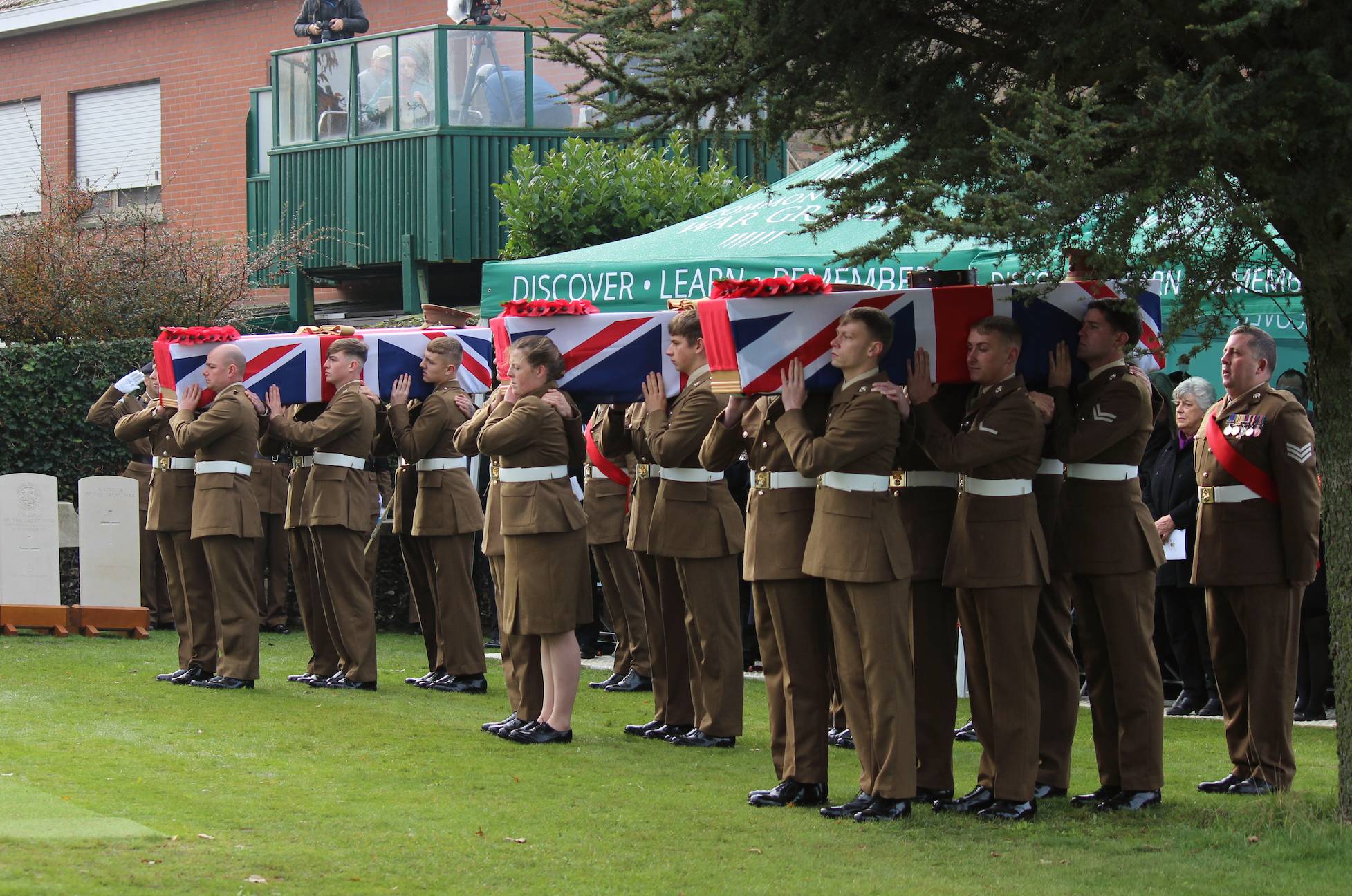 The service in Belgium today. Credit: Ministry of Defence

Nicola Nash, from the Ministry of Defence said:

“After working on this case for nearly three years, it gives me an immense feeling of pride to see these men finally being laid to rest. It has been wonderful to share this emotional day with so many of the family members, who have travelled as far as Australia to attend.

“The sacrifice these men made will never be forgotten.”

Today’s service was organised by the MoD’s Joint Casualty and Compassionate Centre and was held at the Commonwealth War Graves Commission’s Tyne Cot Cemetery near Ypres in Belgium.

The MOD war detectives also traced the relatives of some of the men, with five different families attending the service.

The Duke of Kent attended the service in his capacity as the Colonel-in-Chief of the Royal Regiment of Fusiliers and President of the Commonwealth War Graves Commission.