0 Items
Harrogate district to get solar farm powering 15,000 homes
by 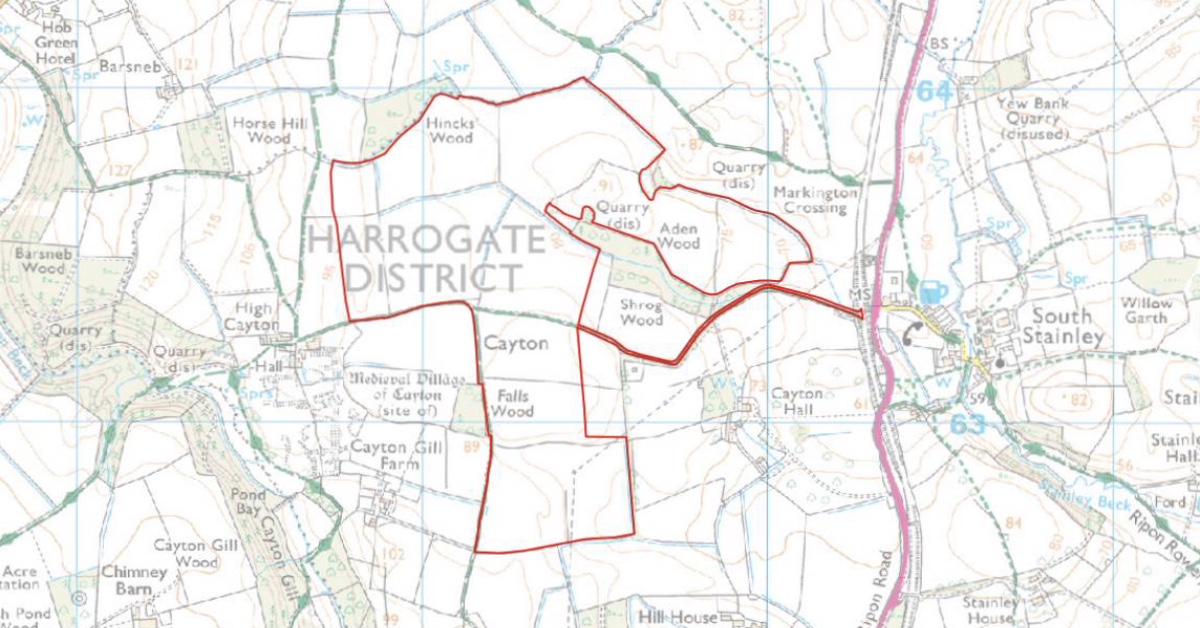 The proposed solar farm at South Stainley is highlighted in red.

Harrogate councillors have today backed plans to build a large solar farm between Harrogate and Ripon.

The proposal, submitted by Elgin Energy EsCo Limited, would see Cayton Solar Farm built near the village of South Stainley.

The company says the site could generate 50 megawatts of electricity during peak operation and potentially power 15,000 homes in Harrogate with green energy. It will operate for 30 years.

A report before today’s planning committee said the farm, which will take up the equivalent size of 150 football pitches, would bring “significant renewable energy benefits” to the district and reduce greenhouse gas emissions.

Councillors on Harrogate Borough Council voted unanimously to defer the plan to officers for approval at a planning committee meeting today.

“I can see the concerns of those who live close by, if it gets its permission. But, if you go down the A30 into Cornwall, there are solar panels all the way down virtually. It’s there and it exists.

“If you go into the centre of Spain, coming down the mountains into the very middle of Spain there are huge solar farms. I do not hear anybody shouting and screaming and the reason is because we have seen the impact of global warming.

“For once this district is becoming proactive.”

Andrew Mott, agent for the developer, told the committee:

“Considerable care has been taken in the design of the development to ensure that the environmental considerations are protected and biodiversity promoted.

“There are economic benefits in terms of employment opportunities during the construction and operation phases of the proposal. There is approximately £120,000 per year in business rates.”

Residents that oppose the application are upset about the loss of green fields and agricultural land.

In its submission the council, South Stainley Parish Council objected to the perceived negative impact on the environment. It said:

“The area would become sterilised from an agricultural, environmental and recreational point of view.

“While maintenance staff in white transit vans will prosper, what happens to the farm workers and rural lifestyles which depend on local agriculture?”