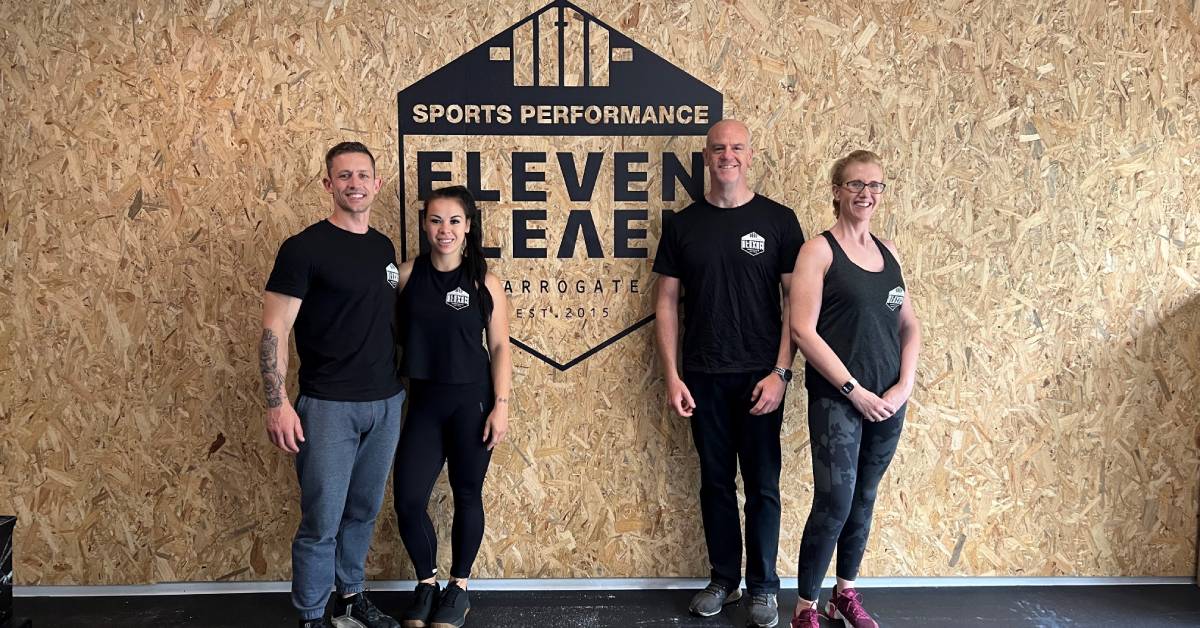 A Harrogate gym has launched strength training sessions for women over 40 in an bid to “change the narrative” around menopause.

The sessions will be held at Eleven Eleven Sports Performance, which launched a studio on Otley Road in May.

The programme will focus on heavy lifting and increasing strength training to stimulate and build muscles to make up for the decline in the hormones estrogen and progesterone. It will also include sprint interval training, plyometrics and stabilising exercises.

Information will also be given on how to lead a healthier lifestyle to help lower cortisol levels, which is known as the stress hormone.

The sessions will be led by coaches Mark Nel and Kelly Loe, who moved to Harrogate from South Africa a year ago.

The couple co-own Eleven Eleven with Liz and Dean Kemp.

“Lifting weights is going to be good for anyone over the age of 40, but for women specifically because of the imbalances in hormones and the massive impact it has. Estrogen is a muscle-building hormone, so if that’s dropping you need to replace it.

“It’s trying to empower women to say you can do something about it. You can lift heavy and you will get the same effect and you will be able to build that lean muscle mass. This is even more important when you get older.

“It’s turning something negative into something positive. It’s about getting the narrative out there that you can pick up a barbell at any age if you are coached in the right way.”

The semi-private classes are limited to four participants to allow them develop their technique and lift safely.

They are being held on Monday, Wednesday and Friday lunchtimes from 12-1pm and 1pm-2pm.

It is hoped that under the guidance of Mr Nel and Ms Loe, who are both skilled weightlifters, the sessions will encourage women to try something new and gain new skills.

“I turned 50 this year and I’m a control freak. I didn’t like the changes going on in my life without knowing how I could help and take back control. I think that was where it started from.

“You can’t control what your hormone levels are doing, but there are so many ways you can improve your health and body composition.

“I was training with Mark and Kelly and I realised what they were doing is what the over 40s need in their life to create a healthier and fitter lifestyle going forward.

“It’s about changing the conversation and mindset around it and focussing on the positive.

“It’s being in the right environment to be able to train safely and do what we need to do to replace what our hormones used to with nutrition, healthy living, sprint training and jumping and not being scared of doing it.”

Age is just a number

Mr Nel, who has 24 years experience in the fitness industry, said no matter what age you are, you should still be able to achieve the same ability as someone who is younger if you are taught correctly.

“You might not lift the same weight or speed, but you are not restricted to ‘you can’t do that because you are this age’. To me it doesn’t matter if you take the right approach. There are athletes doing it at 70.”

Mr Nel, who has a string of accolades under his belt in both CrossFit and weightlifting, added that programmes can be modified for individuals depending on their ability.

“If your ability is just a barbell, you have that option to go through. If you are someone who is a fit 67-year-old and you want a little bit more intensity that option is there as well.”

There will be a focus on mastering three basic foundations of bench, squats and deadlifts before advancing further.

“The other thing that makes it unique is you are benchmarked. So you have your set standard and until you reach the next level you don’t progress. It allows you to understand what your weaknesses are and what you need to work on.”

Ms Loe, who has been coaching since 2015 and specialises in CrossFit, added:

“I think we have created an environment where we respect more of the technique side of it than lifting heavy. We cheer on the person who is coming last and trying the hardest, as opposed to the person coming first. We do not tolerate massive egos.”

Ms Kemp said there was so much information out there about menopause that it could be overwhelming.

“That’s what we want to strip back to the bare functions of what you can do to take control and turn the difficult transition into something positive.”