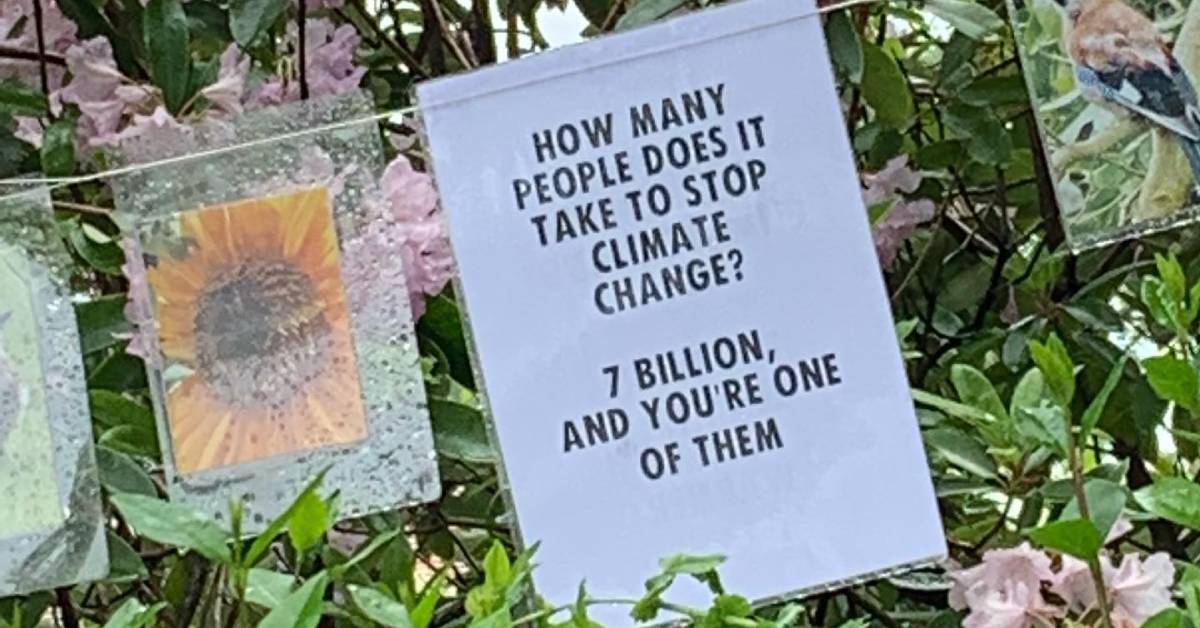 A close-up of the eco-bunting on Oatlands Drive.

A home in Harrogate has got creative to deliver a unique warning about climate change.

Whoever lives in the house has hung eco-bunting across a hedge for all to see on Oatlands Drive, opposite St Aidan’s Church of England High School.

It includes messages such as “if the climate were a bank it would already have been saved” and “you know it’s bad when introverts are doing this”.

Caroline Linford who runs the Sustainably Harrogate blog and website, noticed the bunting.

Ms Linford praised it and said “activism comes in all shapes and forms”.

“People want change. It’s bubbling away in Harrogate. How are we going to work together to push for the changes that are so desperately, urgently needed?” 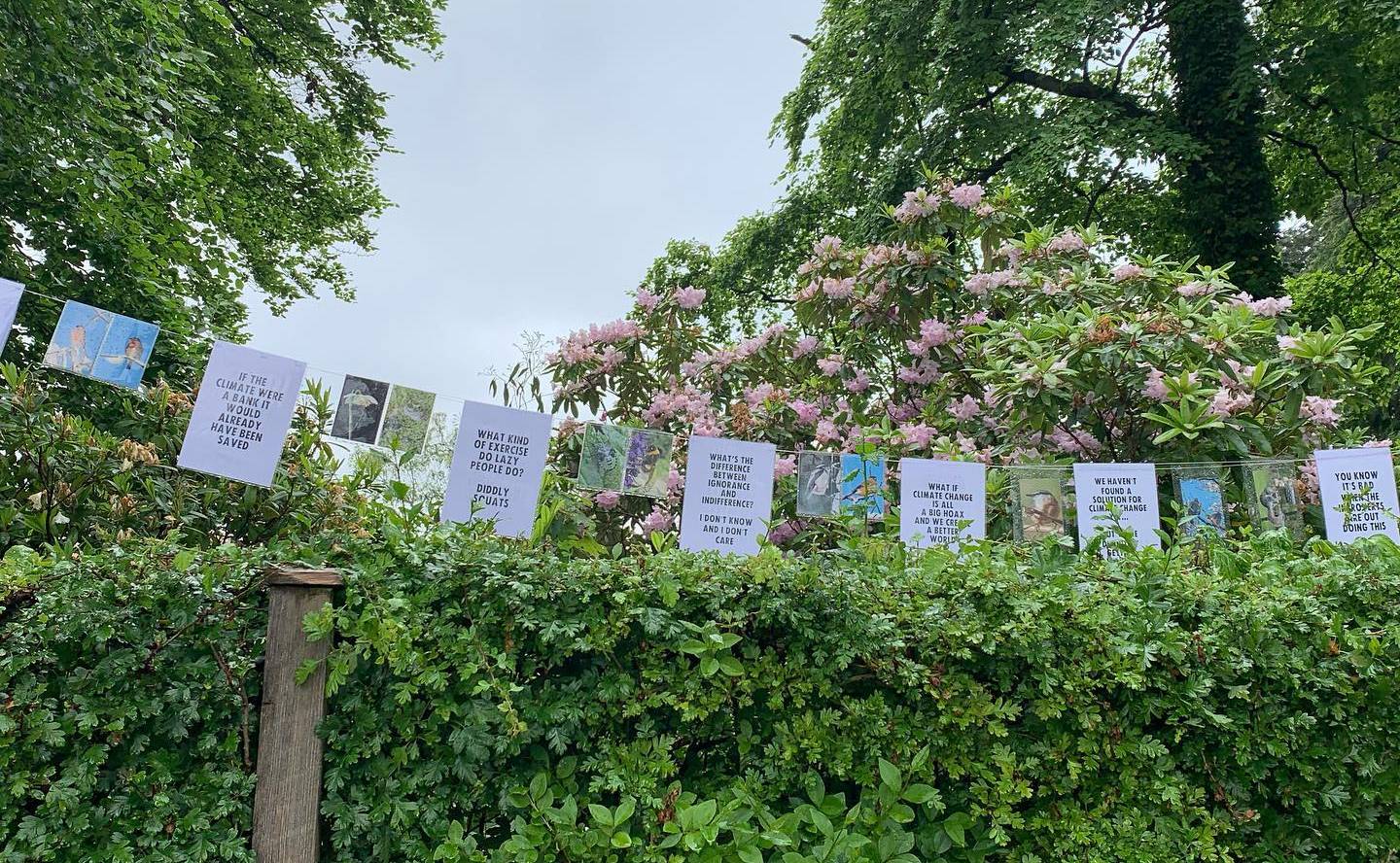 Oatlands Drive has been at the centre of the climate change debate recently because of transport proposals put forward by North Yorkshire County Council.

The county council had originally planned to make the whole of the street one-way to improve cycling infrastructure but the idea was abandoned following public opposition.

The council then suggested making nearby St Winifred’s Road and St Hilda’s Road one-way but this proved similarly unpopular.

It also proposed making Oatlands Drive 20mph and painting double yellow lines on both sides of the advisory cycle lane to stop motorists parking there.

Double yellow lines currently only exist on one side of the road, and many vehicles park in the cycle lane on the other side when using the Stray.

A petition against the proposals by Anna McIntee, who lives on Oatlands Drive, received over 1,700 signatures and the county council scrapped the proposals last month.