Katie Beadle and her daughter Millie

A Harrogate mum is hosting a family fun day in June to raise money for two organisations that supported her daughter before she died 13 years ago.

Katie Beadle gave birth to her daughter Millie in August 2009. But immediately after she was born, she knew something wasn’t right.

Millie was diagnosed with hypoxia, a condition that results in low oxygen levels in the blood. It can lead to multiple medical conditions and requires around-the-clock care.

“Most of Millie’s time with us was spent in Manchester St Mary’s Children’s Hospital in the beginning. When she was allowed back to Harrogate, we spent a few days on Special Care Baby Unit at Harrogate District Hospital, before finding a new way of living on Woodlands Ward.”

Millie spent a few weeks at home before she contracted an infection. The family returned to the Woodlands, which is the hospital’s children’s ward, before they were told the devastating news:

“Millie has suffered a substantial amount of trauma at such a young age, her body is tired and I’m afraid this time she isn’t strong enough to fight this one off. It’s only a matter of time, so enjoy your final days with your precious daughter.”

Millie wasn’t strong enough to travel to Martin House Hospice in Wetherby, so the hospice came to them and set up a room for her on the ward until she passed away in December 2009.

She would have been coming up to her 13th birthday in August so her mum wants to mark her legacy by raising funds for Martin House and Harrogate hospital’s children’s ward.

The family fun day will be held at Knaresborough Rugby Club on June 25 from 11am where there will be a bouncy castle, live music, face painting, stalls, food and drink, rides and more.

“I am arranging Millie’s 13th birthday party with an open invite for everyone! It’s been a rollercoaster of emotions, stress and required copious amounts of coffee & fizz, however, things are just about finalised and it should be a grand day for all.”

The two organisations both paid tribute to Ms Beadle for her fundraising efforts.

“Katie has done an incredible job in organising this event and we hope everything goes well for her.  Fundraising like this makes a huge difference to the families with seriously ill children that we support across West, North and East Yorkshire.”

“Katie has worked tirelessly to organise this event to help support our unit. We as a ward are so grateful for her hard work and preparation for Millie’s Fun Day in June. The funds raised will help transform the ward into a more welcoming, bright environment for the children attending Woodlands at HDFT.”

There are still some spaces to hold a stall on the day. If anyone would like more information email [email protected] 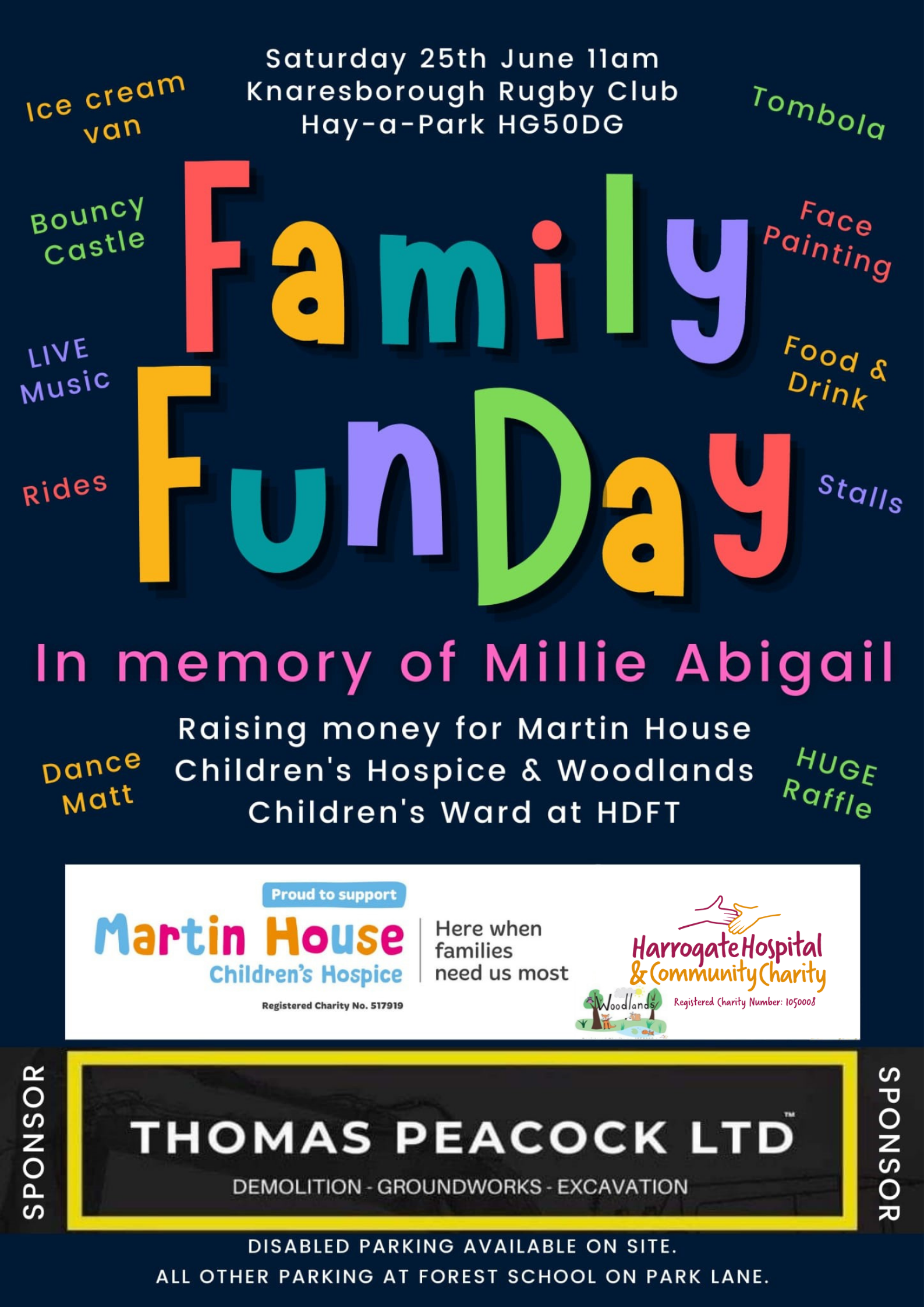