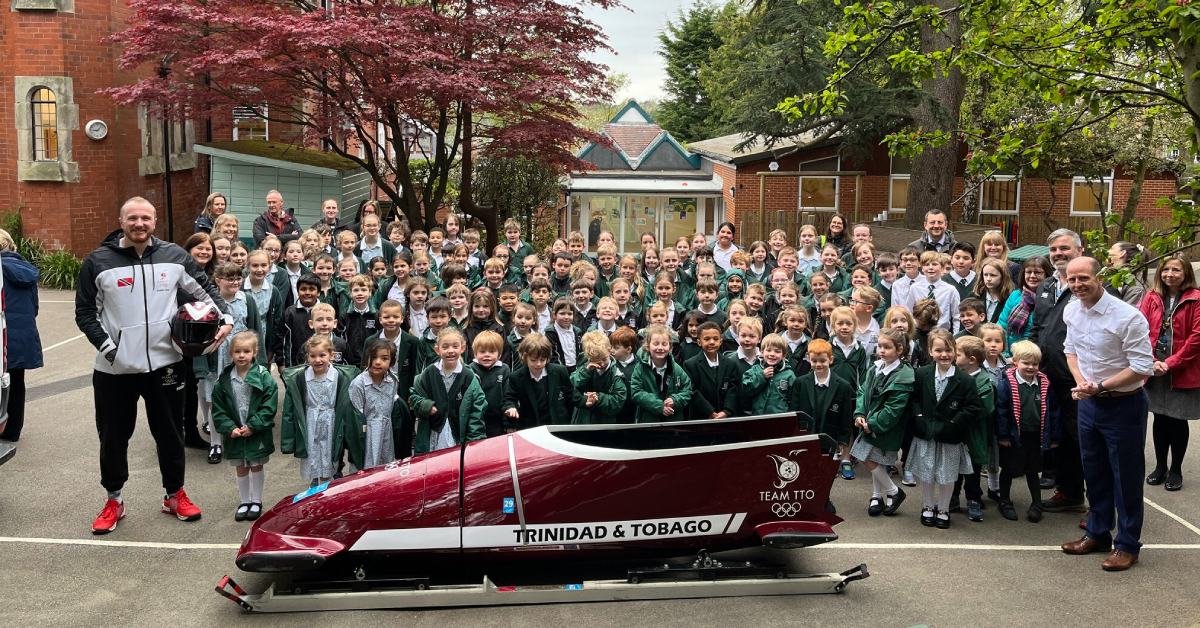 Axel Brown wows the pupils with his bobsleigh at Brackenfield.

Harrogate Olympian Axel Brown has treated children at his former prep school to a special show and tell.

Axel Brown attended Brackenfield School between 1995-2003 and returned recently to talk about competing in the two-man bobsleigh at this year’s winter Olympics in Beijing, representing Trinidad and Tobago, the country of his mother’s birth.

Children had the chance to sit in Mr Brown’s bobsleigh and ask questions about his rise to Olympic fame. 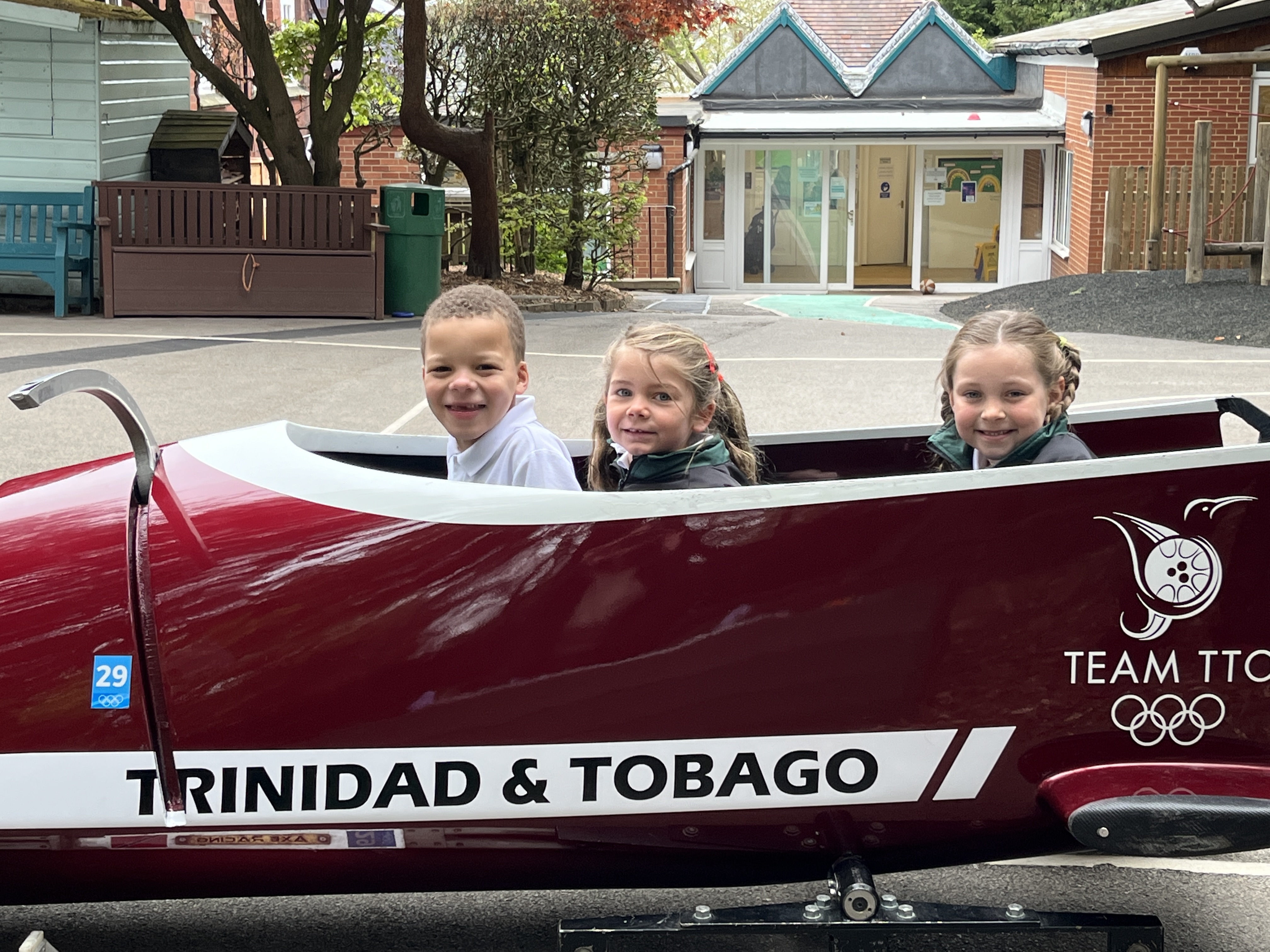 Children try out the bobsleigh.

When he competed in Beijing, the school took time out of the day to watch on the big screen and cheer him on.
Mr Brown, who had seen a video of the children watching him, said:

“Seeing the kids cheering me on and chanting my name still gives me goosebumps. Seeing that was genuinely one of the most fulfilling moments of the whole experience. It’s those moments that make it all worth it.”

“Representing Trinidad and Tobago on the international stage is a huge accolade not only for Axel, but for us too – we couldn’t be more proud of the heights Axel has reached so far and we’re certain there is more to come from our super-fast and super-agile ex-pupil!”

“I have always preferred sports with short fast efforts like sprinting, which is why I played American football in place of rugby. I also like the idea of taking one aspect of a skill and trying to do it really well, so bobsleigh has allowed me to focus and really find a niche.”

Founded in 1977, Brackenfield, is an independent school for boys and girls aged two to 11.