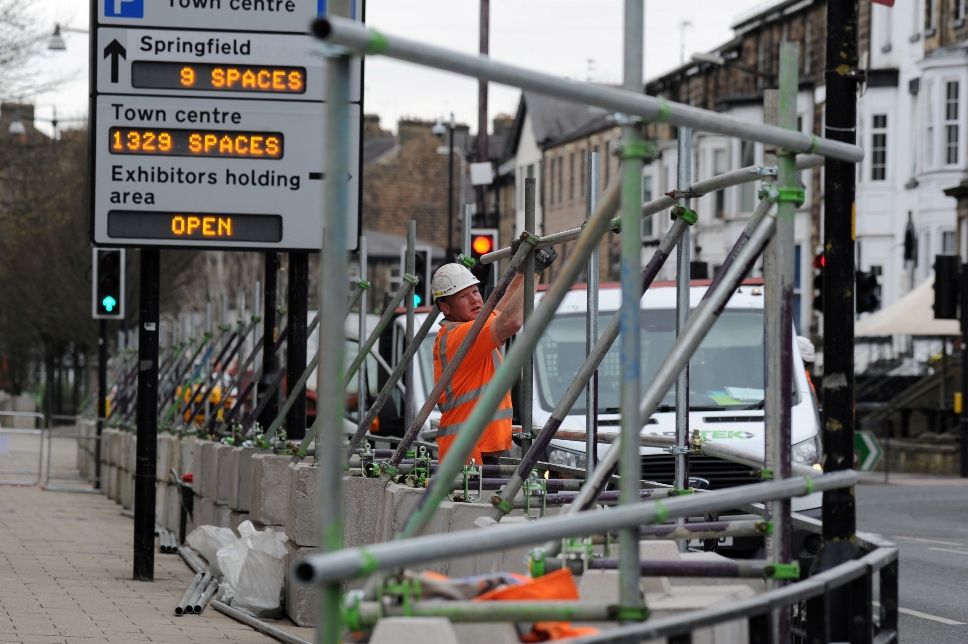 The contract was given to Dutch construction firm BAM, an existing supplier to the NHS. The Nightingale hospital in Exeter, also constructed by BAM, had a similar set-up cost of £14.7m, while Manchester came in at £10.35m under Integrated Health Projects.

And with just four days to go until the end of the agreement between the NHS and Harrogate Convention Centre to use the site, no announcement has been made about whether the Nightingale hospital will remain.

Two weeks ago, Prime Minister Boris Johnson announced a further £3bn of funding for the NHS to maintain the additional hospital facilities around the UK if needed over winter. However, since then, the NHS has announced it is decommissioning two of the Nightingales, in London and Birmingham.

The NEC in Birmingham is set to reopen for events on October 1, in line with changing government guidance for the industry. However, the venue’s owners have agreed with the NHS to support a small non-Covid stand-by facility until March 2021, offering additional space for routine work in case existing hospitals have to deal with a second wave of the virus over winter.

Meanwhile, London’s ExCel centre will also reopen for events, with only a small percentage of its space set aside for equipment storage for the NHS Nightingale.

Harrogate’s Nightingale hospital takes up eight of the Harrogate Convention Centre’s halls and has not yet been used to treat any Covid patients. Instead, since early June, it has been offering CT scans to help the NHS catch up with appointments delayed through the coronavirus crisis.

At the time of publication, the NHS’s agreement with Harrogate Borough Council for use of the convention centre is set to expire on Friday, with no new contract in place.

Last month, The Stray Ferret reported on preparations being made to reopen the centre for events as soon as legislation allows. Measures being made ready including deep-cleaning, introducing one-way systems, and allowing events to use more space free of charge in order to enable social distancing.