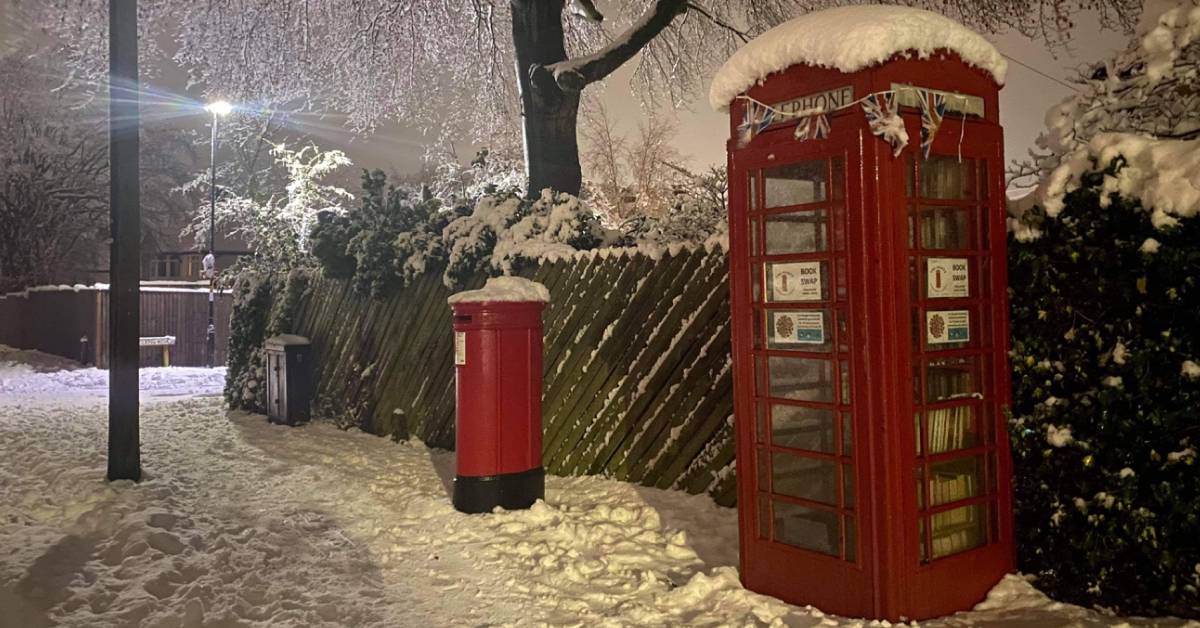 A disused red phone box on St Hilda’s Road in Harrogate has been saved from the scrapheap and turned into a community library.

Last year, BT Group announced plans to remove 32 inactive booths across the Harrogate district, 22 of which were built in the traditional red style.

BT encouraged communities to keep the red telephone kiosks under its “adopt-a-kiosk” scheme, which costs £1 and lets community organisations, including councils and charities, transform the kiosks into defibrillator sites, mini-libraries and more.

The Oatlands Community Group has successfully adopted the St Hilda’s phone box, which is now called The Saints Community Library and can be used to store up to 200 books for people to swap, free of charge.

Jane Kennerley, a member of the group, told the Stray Ferret she believes similar community libraries have been set up inside former phone boxes in Pannal and North Rigton in the Harrogate district.

The new library on St Hilda’s Road will be adapted for themed events, such as Red Nose Day, World Book Day and Pride.

To kick this off, from Monday it will celebrate Fairtrade Fortnight by featuring books from countries that produce Fairtrade goods.

Hand sanitiser is available on entry and people are advised to quarantine all books for 72 hours prior to using them.

Ms Kennerley said the phone box has already generated a great response from the local community.

“People seem to love it and it’s been really busy, especially with the charity shops being closed in Harrogate.”