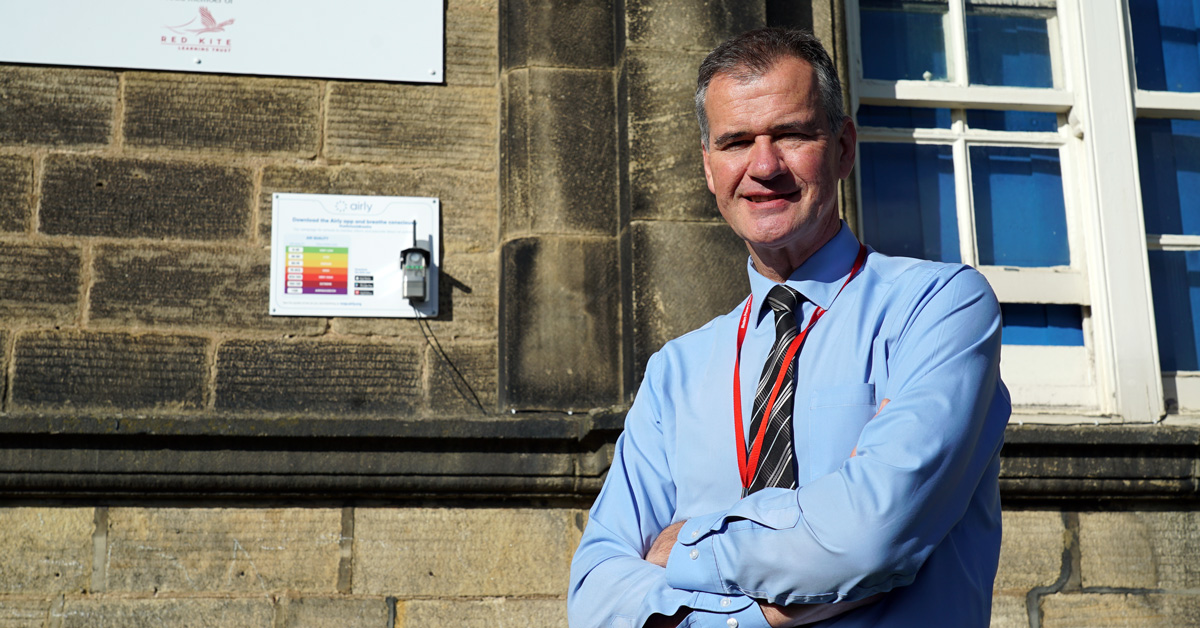 Tim Broad is the headteacher at Western Primary School.

A Harrogate primary school that sits in the middle of Cold Bath Road is trying to find a solution to its air pollution problem.

Tim Broad, the headteacher at Western Primary School, was monitoring the children as they left school during the first lockdown when he noticed the scale of the issue.

He was concerned about the sheer volume of traffic but most shocked when, as larger vehicles passed by, he tasted diesel in his mouth.

So the school installed an Airly air pollution monitor and was the first in the Harrogate district to do so.

Western School hopes that it can use the results to encourage North Yorkshire County Council to take action.

While Mr Broad hopes that people will change their behaviour in the near future, whether that is by walking their children to school or by switching to electric vehicles.

However, he has also considered lobbying for more drastic action to try and move traffic away from Cold Bath Road. Mr Broad told the Stray Ferret:

“I have already expressed my concerns about the volume of traffic from a road safety view but that obviously goes hand in hand with pollution.

“We could try to make Cold Bath Road one way, we could pedestrianise it, we could close it to traffic at certain times of day.

“The problem is, it’s such a thoroughfare. If we block it off then would we just move all of that traffic to another place? There isn’t an easy solution.”