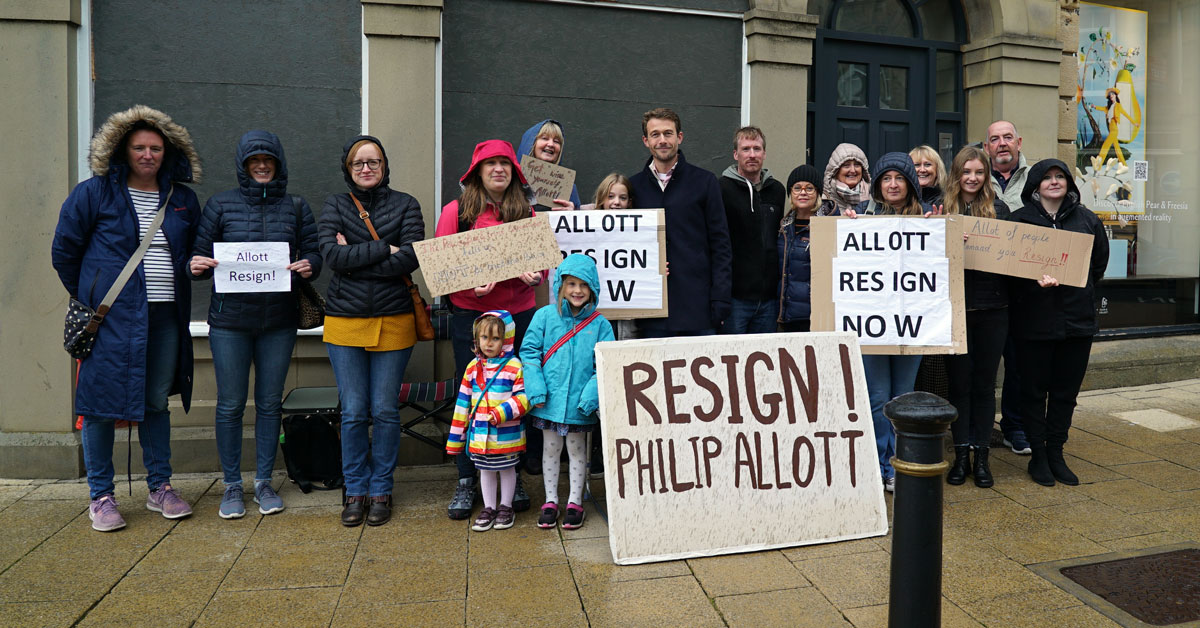 Protesters gathered in the rain to call on Philip Allott to resign.

Protesters braved the rain and wind in Harrogate today to call on North Yorkshire’s Police, Fire and Crime Commissioner (PFCC) to resign over his Sarah Everard comments.

The group gathered near the war memorial at 11.30am to coincide with a public engagement meeting organised by the PFCC’s office, which Mr Allott did not attend.

It comes after Mr Allott said in an interview with BBC Radio York that women “need to be street wise” and that Ms Everard “never should have submitted” to arrest.

Less than 24 hours later a group of Harrogate residents waved placards and organised a petition to call on the PFCC to step down. They gathered more than 160 signatures in under an hour. 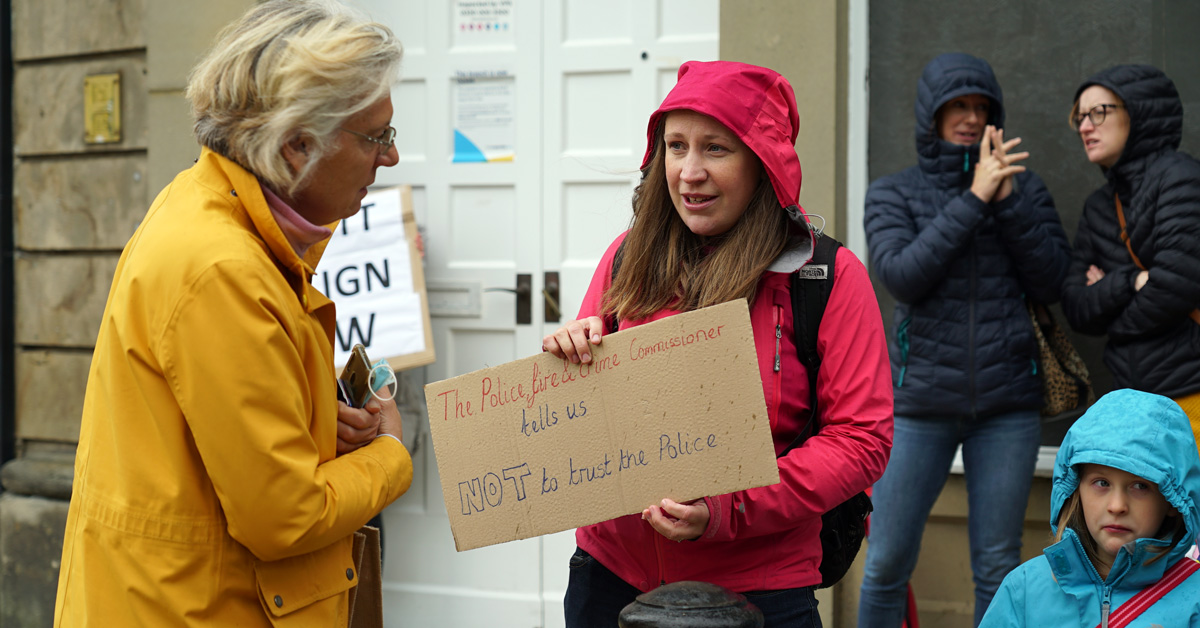 “The Police Fire and Crime Commissioner tells us not to trust the police.”

‘Police need to get to the root of the problem’

Margaret Smith, one of the protesters, told the Stray Ferret:

“I think his comments were totally unacceptable. It was an insult to all women to say that we should be more streetwise to stop this violence.

“It shows what he really thinks. His position is completely untenable, he should resign immediately. This protest should not be necessary.”

“In my opinion a lot of violence against women and victim blaming starts in schools, I don’t think girls are safe at school.

“The behaviour is not challenged and I think it can lead to extreme incidents like the Sarah Everard case. So I felt awful reading Mr Allott’s comments.” 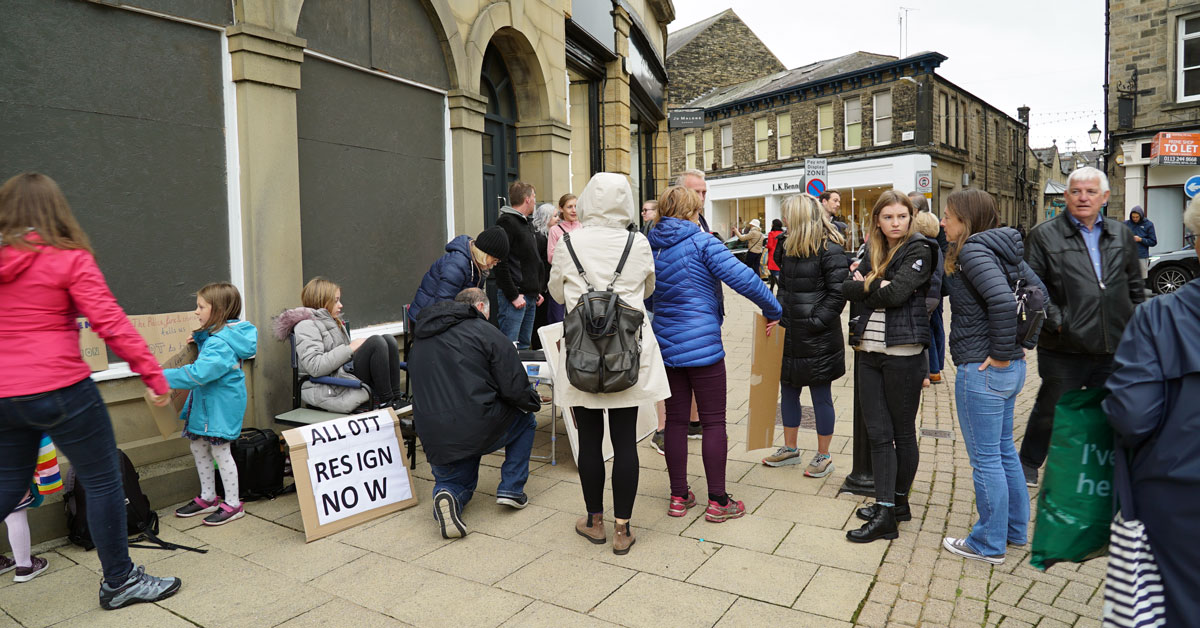 They urged people passing by to sign a petition.

“I was very, very shocked. I studied criminal law, I would say that I am intelligent and clued up, I keep myself safe. But I would have got in that car.

“What needs to happen is the police need to start getting to the root of all of this, they need to take complaints more seriously.”

A man at the protest who wanted to show support for Mr Allott, but did not wish to be named, said:

“I think the comments were made with good intent. I don’t think he was trying to demonise or victimise women.

“We all have to take more personal responsibility for our own safety. Like Mr Allott I am only saying that in the wider context, not for Sarah Everard’s case.” 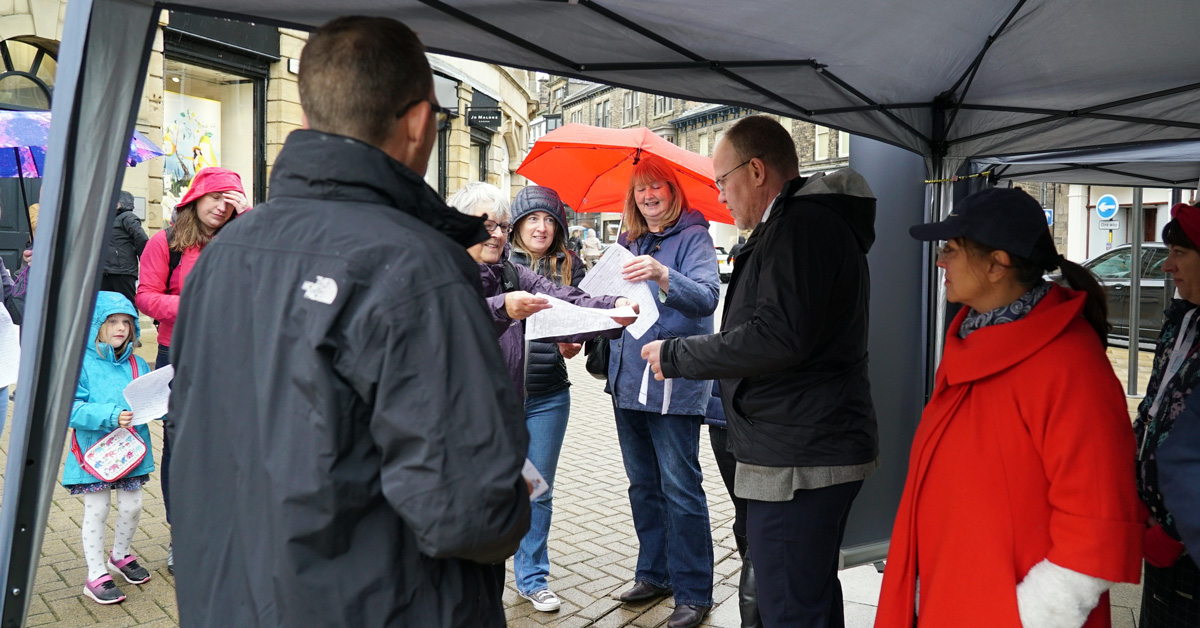 More than 160 people signed the petition.

The Stray Ferret approached the PFCC’s office but it did not wish to comment on the protest today but pointed us back to Mr Allott’s apology on Twitter:

“I would like to wholeheartedly apologise for my comments on BBC radio York earlier today, which I realise have been insensitive and wish to retract them in full.”