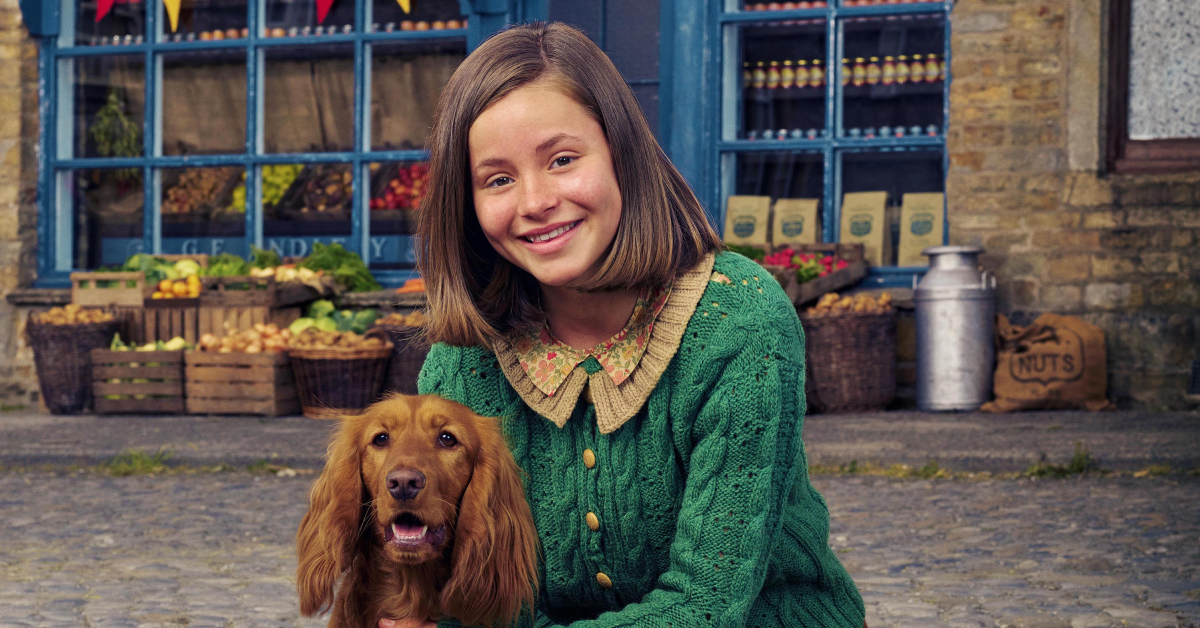 Fourteen year old Imogen has just started studying for her GSCEs and had to do an hour a day tutoring whilst she was on the TV set.

It is the second time James Herriot’s famous books, as life as a vet in the Dales, have been dramatised for TV.  It’s has been a big success for Channel 5 bringing in millions of viewers.

When asked about the similarities she shares with her character Jenny Alderson, Imogen said:

“We share the same confident flair, we’re both independent and witty, and we both have a love for animals”

Imogen said it has been great to work with the cast of All Creatures Great and Small and how supportive her school, Harrogate Grammar, has been.

“We are incredibly proud of Imogen’s achievements and her commitment to the arts. She effectively balances the pressures of her acting role with her studies and this a real credit to her dedication. We look forward to watching the new series and seeing her future career unfold.”

Imogen added that the show’s success may also be down to timing :

“It’s a great show to watch after covid 19 as it’s a very relaxing show.”

Series 2 of All Creatures Great and Small starts at 9pm tonight on Channel 5, Thursday, September 16.